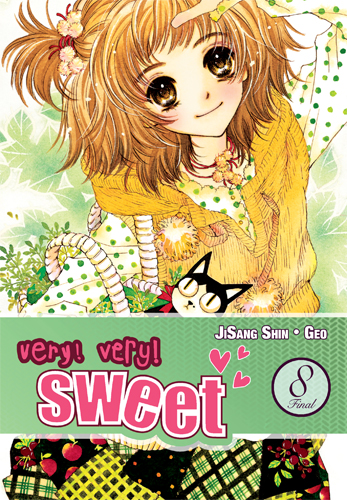 Welcome to another Manhwa Monday! As we’re thrust, brutally, into November on this chilly Monday morning, it seems like the appropriate time to step back from frantic news-seeking and take a moment to ponder the month ahead in manhwa.

Yen Press goes it alone this month, at least in the print market, with final volumes of three manhwa series, Legend, Moon Boy, and the aptly-named Very! Very! Sweet. Other Yen Press releases this month include new volumes of Raiders, Japanese-produced Black God, and Manhwa Bookshelf favorite Time and Again.

With so many of Yen’s manhwa series wrapping up this month, our real question of course is, “Will there be new licenses to replace them?” We remain cautiously hopeful.

In the digital realm, NETCOMICS’ update schedule remains empty at the moment, but we do have high hopes. Though they don’t seem to have followed through with their promise of a Dokebi Bride revival last week, perhaps we’ll see something shortly? Meanwhile, webtoon publisher iSeeToon reports that their Magician iOS app is still on track.

For a bit of levity, here’s a link to some humorous speculation on the part of the National Catholic Reporter, in which managing editor Dennis Coday asks (regarding the upcoming Priest movie, among others), “Is the Catholic church a sure-fire money-maker for comic book movies?”

Critics continue to weigh in on the first volume of Japanese-produced, Korean-created March Story (Viz Media), with reviews this past week from Bill Sherman, Julie Opipari, and Kate Dacey. And at Manga Village, Lori Henderson discusses volumes two and three of Time and Again (Yen Press). I include the series in my list of favorite ghost-hunting comics over at Manga Bookshelf as well.