Welcome to the second edition of Quick Takes here at Manga Bookshelf! This week I take a look at some recent releases from Viz Media’s Shojo Beat imprint. Enjoy! 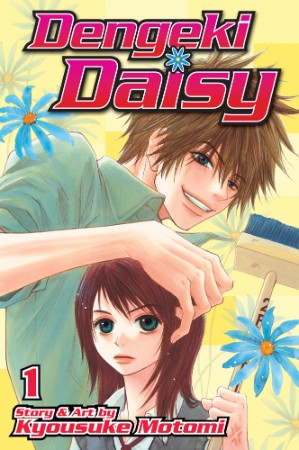 – As orphan Teru Kurebayashi’s older brother prepared to pass from this world, he gave her the gift of a cell phone–one which she could use to contact his mysterious friend “Daisy” who he promised would protect Teru in his absence.

Now in high school, Teru faces bullies of all kinds, including the surly school custodian, Kurosaki, who indentures her into servitude as repayment for breaking one of the school’s windows. But is Kurosaki more than he seems?

Though the mystery of “Daisy” is not maintained for long (at least for the reader) there is some real charm to this volume. Both Teru and Kurosaki are likable characters who are very easy to root for (individually and as an inevitable couple) which makes the romantic drama fun to follow.

Unfortunately, this series insists on perpetuating the sad shojo trope of a young woman who can only survive with the protection of a man–a concept that is becoming more and more tiresome for this reviewer. It’s really a shame, too. Teru appears to be a pretty tough cookie, which makes it even less believable that she’s so dependent on the fantasy she’s constructed around Daisy.

That said, this is a strong first volume containing all the essential elements for addictive high school romance: hateful antagonists, emotional drama, and just the right amount of attractive brooding. How can it be wrong? 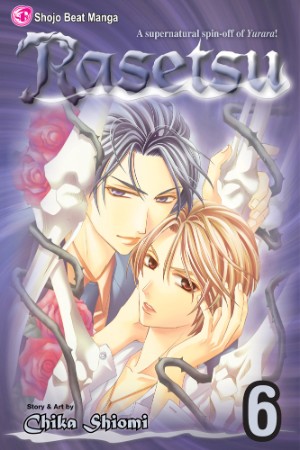 – This is an emotionally heavy volume for Rasetsu, who tries to get over her feelings for Yako at the same time as she’s confronted with new truths about Kuryu (and his feelings for her). Meanwhile, Yako faces some very old spirits who mistake him for the person he most needs to forget. 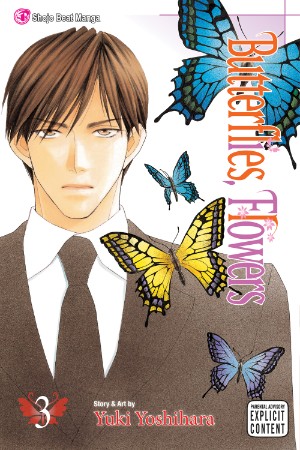 – In this installment, Choko and Masayuki take their first overnight trip together, with the intention of finally consummating their relationship. Of course the weekend is crashed by a collection of family and friends, though the two eventually find some time alone to do the deed.

The thing (the only thing) that saves this series is its humor. If it was not genuinely funny, chapter after chapter, it would be nothing more than the sad tale of deeply controlling man desperately working to get into his girlfriend’s pants. Is that too harsh? Maybe. It’s possible I’m still holding a grudge over “strict but warm,” which ranks right up there with “I get the message” and “Men have dreams that women will never be able to understand” on my list of Great Moments in Imported Sexism.

To be honest, though, not much has changed in this volume. Sure, Choko stands up for herself early on, accepting a date with another childhood acquaintance to show Masayuki that he does not, in fact, own her. But when the date goes awry, Masayuki is there to save the day and (more importantly) remind her how foolish she is to defy him. “This is what you get for not listening to me.” Yes, that’s actually what he says.

Fortunately, the smart humor that hooked me on this series’ first volume is still very much in play. That alone keeps me hanging on. 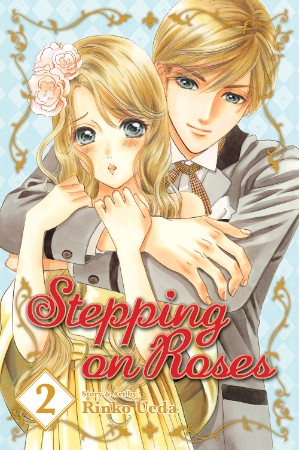 – The plot thickens in this volume, as it is revealed that Soichiro’s plan for success revolves entirely around manipulating his friend, Nozomu, into falling in love with his new wife, Sumi. Meanwhile, Sumi’s brother has already frittered away the money she sacrificed herself for, leaving the kids in the care of a slovenly drunk.

This volume is more engaging than the last, though that’s not exactly high praise. The story has become no less predictable (and no more believable) than it began, and it’s still difficult to watch its weak-willed heroine smile gratefully as she’s tossed around like an object by the series’ sad lineup of fairly repulsive men.

Some revelations about Soichiro’s past begin to offer up a bit more dimension, both to him and to the story overall, but can the payoff ever be great enough to make up for what’s lacking? Thankfully, Sumi’s country-bumpkin bumbling has been toned down in this volume, which does help a little.

Though I’m far from sold on Stepping on Roses, I’m at least beginning to feel mildly entertained. But can romance between these characters ever truly deliver?