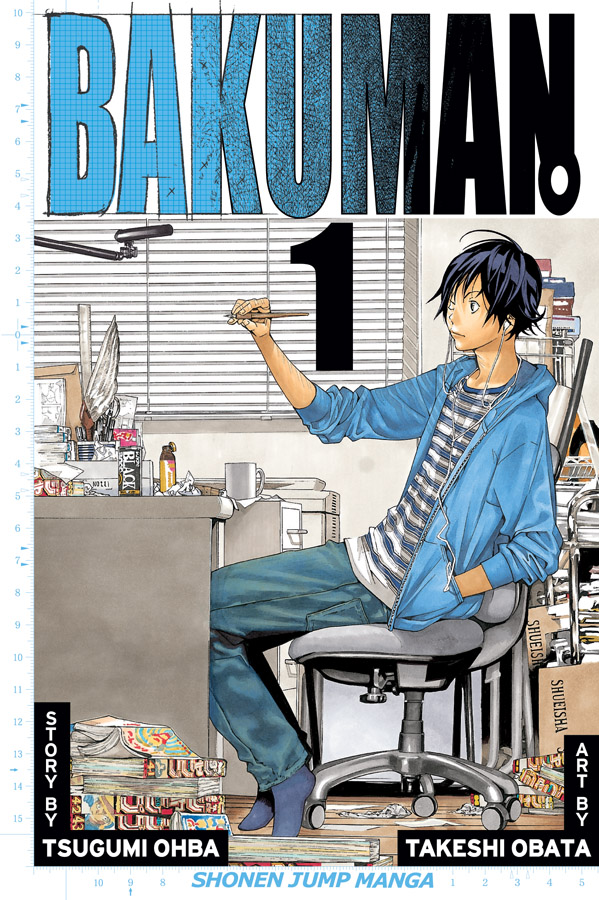 With just a fraction of the summer left to enjoy, Viz Media reminds us of what we could be reading over the next month or so!

Of special interest to us here at Manga Bookshelf is the debut of Bakuman, the latest from one of our favorite artists, Takeshi Obata, and his Death Note collaborator, Tsugumi Ohba.

Here’s a recent press release with all the summer news from Viz!

San Francisco, CA, July 29, 2010 – VIZ Media, LLC (VIZ Media), one of the entertainment industry’s most innovative and comprehensive publishing, animation and licensing companies, has provided details regarding the launch of brand new manga series set for release this summer. The series will tantalize the most discriminating manga tastes and features romantic dramas, fantasy driven action, the trials of aspiring manga creators, and a tasty slice of life story set in a romantic bistro in Rome.

BAKUMAN。· Rated ‘T’ for Teens ·
MSRP: $9.99 US / $12.99 CAN · Available August 3rd
By the creative team that brought you DEATH NOTE! Average student Moritaka Mashiro enjoys drawing for fun. When his classmate and aspiring writer Akito Takagi discovers his talent, he begs Moritaka to team up with him as a manga-creating duo. But what exactly does it take to make it in the manga-publishing world?

GENTE · Rated ‘T+’ for Older Teens ·
MSRP: $12.99 US / $16.99 CAN · Available August 17th
Buona sera! Welcome to Casetta dell’Orso, a quaint little restaurant in the heart of Rome. The food’s delicious, but the handsome staff of bespectacled gentlemen is the real draw. Follow these dashing men home and witness their romances, heartaches, hopes and dreams in this delightfully whimsical continuation of Natsume Ono’s beloved Ristorante Paradiso.

HYDE & CLOSER · Rated ‘T+’ for Older Teens ·
MSRP: $9.99 US / $12.99 CAN · Available Now
Shunpei Closer is your average… well, slightly below average kid in junior high who finds himself in the middle of a great battle of dark sorcery. With cursed dolls coming after him one after another, Shunpei’s life is in constant danger! If that weren’t enough, Hyde, the teddy bear given to him by his grandfather, suddenly comes alive to rescue him. Hyde was a gift from Shunpei’s grandfather, Alsyd Closer, who was the King of Sorcerers. After a mysterious attack, Shunpei also learns that he is the target of sorcerers all over the world. With Hyde as his main protector and teacher, Shunpei must learn how to gain confidence in himself and use the magic that he has inherited to battle the dark forces that now threaten him. 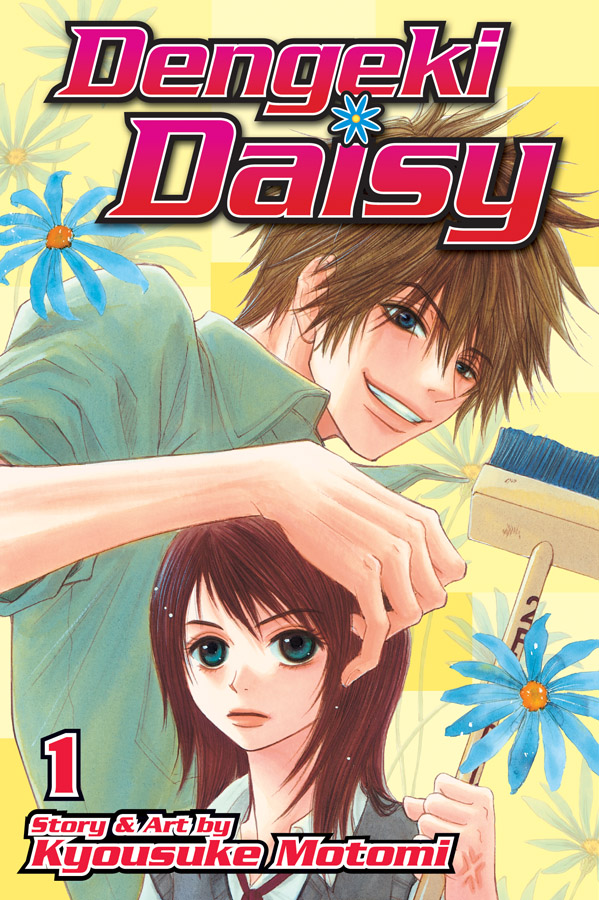 DENGEKI DAISY · Rated ‘T+’ for Older Teens ·
MSRP: $9.99 US / $12.99 CAN · Available Now
After orphan Teru Kurebayashi loses her beloved older brother, she finds solace in the text messages she exchanges with DAISY, an enigmatic figure who can only be reached through the cell phone her brother left behind. Meanwhile, mysterious Tasuku Kurosaki always seems to be around whenever Teru needs help. Could DAISY be a lot closer than Teru thinks?

SEIHO BOYS’ HIGH SCHOOL! · Rated ‘T+’ for Older Teens ·
MSRP: $9.99 US / $12.99 CAN · Available August 3rd
Remote, lonely and surrounded by the ocean… This isn’t Alcatraz we’re talking about–it’s Seiho Boys’ High School, where the student body is rife with sexually frustrated hunks! How can these young men get girlfriends when they’re stuck in the middle of nowhere? These are the stories of the students of Seiho High and the trouble they get into as they awkwardly pursue all girls who cross their paths.

Look for reviews of some of these titles coming up soon at Manga Bookshelf!