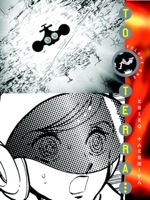 Here’s a quick post to let you know what’s new so far this week from your Boston Manga Examiner.

Look for my contribution to the To Terra celebration here at Manga Bookshelf sometime over the next couple of days.

Next, a short commentary on the current state of classic shojo from North American publishers, The plight of classic shojo, inspired both by disappointing losses via the shutdown of CMX and exciting recent licenses from DMP and Fantagraphics.

Despite the heartbreaking mid-series cancellations of Swan and From Eroica with Love, I admit I feel optimistic about the future of classic shojo. As publishers pare down their licenses to hone focus, I don’t necessarily see classic series fading away. Will we see a lot of them? Probably not. But it does seem like publishers are becoming more and more careful about choosing their licenses so that they can confidently commit to finishing what they begin. DC was never serious about committing to CMX. Let’s place our hopes in publishers who care.

Lastly, today is Wednesday, and that means shipping news! Check out my rundown of this week’s new releases with the help of Boston’s Comicopia!

Upcoming at Examiner.com: A local take on the state of the manga industry & a review of Shunju Aono’s I’ll Give It My All… Tomorrow.

Check out my page at Examiner.com to subscribe to e-mail updates, add my RSS feed, or even sponsor my column!