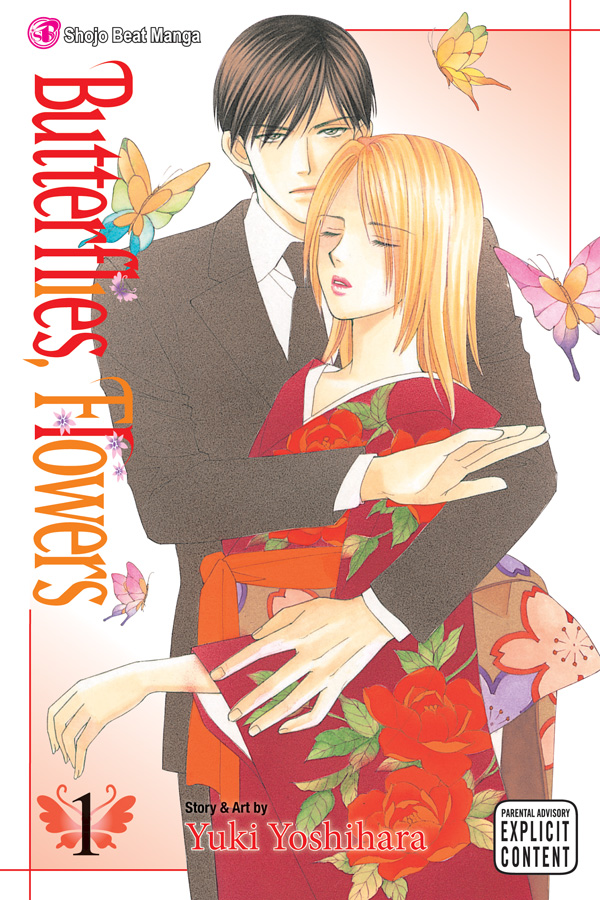 Choko Kuze’s once-wealthy family fell into financial ruin when she was seven years old, forcing them to trade in their heavily-staffed country estate for a family-run noodle shop. Now a grown woman seeking her first job, Choko is cornered into signing on with the only firm to show any interest, which is unfortunately the same company whose interviewer asked her such wildly inappropriate questions as, “Are you a virgin?” Things are no better once she begins work, as the outrageous interviewer takes her under his tyrannical wing , choosing to personally train her for his department rather than allowing her to learn alongside the company’s other new hires. Confused by his attention and unwarranted familiarity, Choko tries her best, even while her coworkers rant about her behind her back. Finally, then, a slip of the tongue reveals that Choko’s new boss is actually the son of her family’s former chauffeur (once known to her as “Cha-chan”) who had cared for her a child and promised they would one day be reunited.

Though this revelation clears up a lot of questions for Choko, it actually makes her life much more complex. She’s grateful to reconnect with the boy she so loved as a child but his adult self is unfamiliar and fraught with contradiction. Furthermore, their relationship both in and outside of work is a confusing mess, with “Cha-chan” (more appropriately known as Masayuki) vaulting back and forth from controlling boss to obedient servant multiple times a day, leaving Choko constantly flustered over where she really stands. To complicate matters further, she also finds herself falling for Masayuki, whose perception of her as a helpless innocent he must protect (he still addresses her by the childhood name, “Milady”) prevents him from seeing her as an adult, let alone a candidate for romance. Help arrives in the (unexpected) form of Masayuki’s cross-dressing best friend, Suou, who sees Choko as someone uniquely worthy of his friend’s affection, but can anyone truly overcome such complicated mutual history?

This series’ premise may first appear to be shojo all over–shojo of the worst kind, even, with its controlling male love interest winning over the passive heroine with occasional crumbs of condescending kindness. Fortunately, there is a solid thread of adult humor and understanding running through the entire volume that makes its content both more complex and more palatable, exposing the series’ true brilliance. The result is a smart, funny, romantic comedy that takes some real shots at both soap-opera romance and Japanese office politics without ever taking itself too seriously.

Though Choko is undeniably drawn to Masayuki, she recognizes the maddening contradiction in her own feelings, something most every adult woman has faced at some point in her life. “I don’t want him to treat me like a child, but I want him to stay close and indulge me. I want him to call me ‘Milady,’ but I want him to see me as a woman,” she laments as she realizes she’s fallen in love. Meanwhile, Masayuki is just as confused as she is, torn ungracefully between the desire to control Choko and the world around her and the desire to be controlled by her. With both gender and class dynamics (some specific to modern Japanese society, others more universal) being constantly turned on their heads and back again over the course of this volume, the characters’ mutual confusion becomes both surprisingly sympathetic and genuinely humorous as the story progresses.

Speaking of humor, it’s important to be clear here that this manga is really quite funny, often in unexpected moments. For instance, when Choko finds herself in terrifying position of being expected to “entertain” a visiting client in the most horrifying sense possible, Masayuki arrives to save the day by gravely offering himself up as her replacement. The volume is filled with over-the-top behavior played with utter sincerity, rendering all of it twice as funny as it would be if it was delivered with a wink and a smile. Take this deadpan exchange for instance:

Choko: And please stop calling me “Milady.”
Masayuki: Then how about “Milady-Poo”?

The series’ art is a highlight as well–fresh, sharp, and stylized as needed. The use of popular shojo imagery, such as flowers and stormy backgrounds, helps accent the romantic melodrama while the overall cleanliness keeps everything in perspective. Like the story itself, Yoshihara’s art operates on multiple levels, maintaining its aura of smart humor while also providing the seeds of real substance. What this manga will ultimately turn out to be is anyone’s guess but whatever game is being played, both the story and its artwork are playing along perfectly.

With the second volume of Butterflies, Flowers not due out until March, it’s difficult not to feel impatient. Though the series’ first volume is charming to be sure, there is a sense that its true colors have not yet been spotted. Despite the story’s obvious commitment to humor at this stage in the game, there’s enough romantic substance bubbling underneath to suggest the possibility of a deeper direction. Though most of the characters in Choko’s life are painted with a hilariously broad brush, that each of them has more to offer seems quite clear. Time will tell how much of this we’ll see as the story continues.

In the meantime, there’s plenty to enjoy as-is. Butterflies, Flowers is truly delightful.