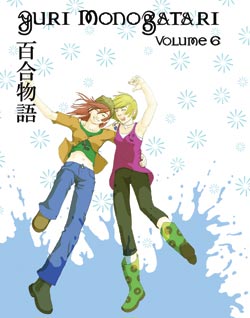 Though there were a few stories that left me cold (J.D. Glass’ “Sakura Gun,” for instance, though striking visually, felt entirely incoherent outside the context of her novel, American Goth–so much so that references to the novel had to be painstakingly labeled throughout), the vast majority were thoroughly enjoyable, and a few left me feeling anxious to seek out more of their authors’ work.

A few highlights include Maria Bieganska’s “40 Minutes,” an otherwordly drama of fate and forgiveness; Hope Donovan’s “Cause x Play,” a whirlwind tale of convention romance addressing transgender issues in a manner refreshingly free of body-switching or cross-dressing comedy; Althea Keaton’s “For the Girl Who Has Everything,” which brings unexpected depth to romance in a sex shop; Jessie B’s “Uninvited Guests,” a hilarious look at one woman’s unfortunate birthday party, which is just pure, manic fun; Greyscaled’s “Speak Love,” which looks at the fragility of communication in a broken relationship; Rica Takashima’s “Miho-chan’s Memories”–an adorably drawn story about a young girl’s exploration of her own identity; and my personal favorite, Sophia Kudo’s “Simple,” which combines a coming-out story with a fantastic supernatural tale about a young woman who discovers she has acquired superpowers, something I’d love to see continued!

Truthfully, there is something uniquely worthwhile about each story in the anthology, even those I liked least, which is a great credit to the publisher. Anthologies are not generally attractive to those of us who tend to prefer multi-volume epics (it’s quite telling that the story I enjoyed most was the one that reads like an introduction to a longer story) and it’s unusual to find one that is able to provide such consistent appeal over the course of so many stories. For a thoroughly enjoyable, thoughtful, funny, sexy look at what Yuri manga can (and should) be, check out volume six of Yuri Monogatari.