Before I begin this review, I want to point you all to the fantastic first volume review of Wild Adapter written by guest reviewer Deanna Gauthier, which explains the series’ premise. I will begin here where she left off.

Unfortunately, keeping Tokito out of danger is nearly impossible, since in order to help him, Kubota must find out as much about W.A. as he can–a topic that is eagerly pursued by the police, the yakuza, and just about every unsavory group out there. Furthermore, Tokito is still experiencing symptoms that he is unwilling to share with Kubota or Kou, which may mean his condition is slowly deteriorating. After several volumes of escalating trouble, things come to a head in volume six, when Izumo boss Sanada orders the younger members to kidnap Tokito in an attempt to reel in Kubota who he has not been able to let go. These five volumes are not all terror and bloodshed, however–not by far. Mangaka Kazuya Minekura also details Kubota’s early days rehabilitating terrified, amnesiac Tokito (poignantly told through the eyes of a young neighbor boy) and the progression of their close relationship, as well as their effect on the lives of those who meet them. 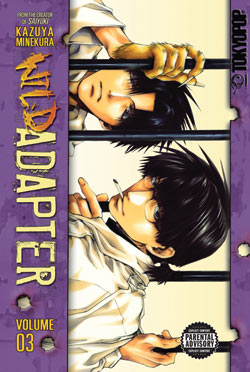 Like another manga series about mob wars and a mysterious drug, Akimi Yoshida’s Banana Fish, what makes Wild Adapter so compelling (and wow is it compelling) is the relationship between its two protagonists, Kubota and Tokito. Here, Kubota is the lost, lethal weapon with too much blood on his hands, and Tokito is the boy who saves him from himself, but Minekura’s characters are no mere copies. With Tokito’s forgotten past obviously being as horrifying (or worse) than Kubota’s, the two of them are each as broken as the other, rendering their relationship more clearly equal than that of Banana Fish‘s Ash and Eiji and somehow actually more intimate. Neither is obviously the “strong one.” Both are very much a mess, and as such, take turns being each other’s saviour throughout the series. Like Ash and Eiji, the true nature of their relationship is not entirely clear (though it is often speculated on by other characters) and like Ash and Eiji, theirs is so clearly a love story, it really doesn’t matter how that love is portrayed.

At a loss to explain the fantastic, poignant dynamic between these characters, I will let the manga speak for itself. From volume two: 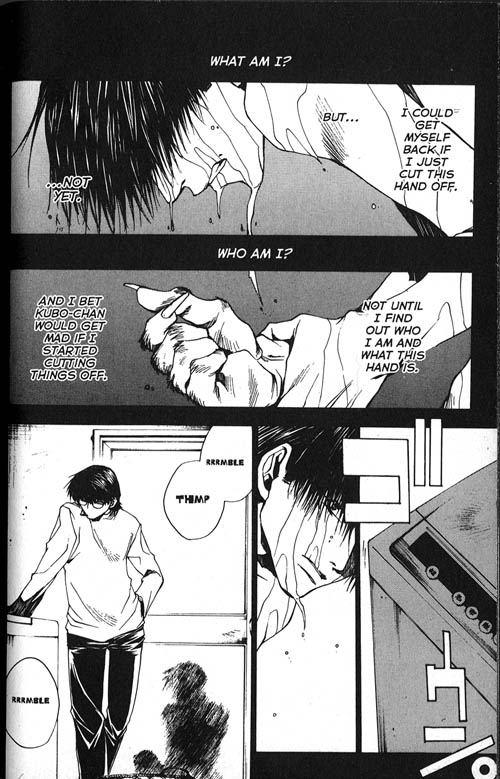 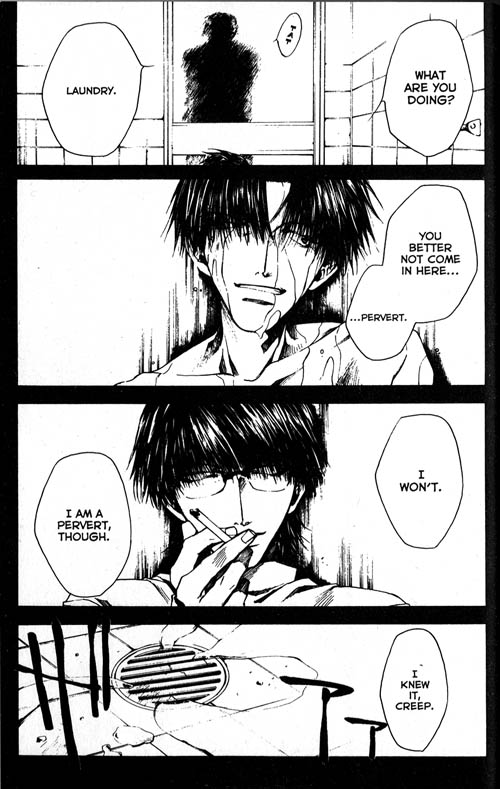 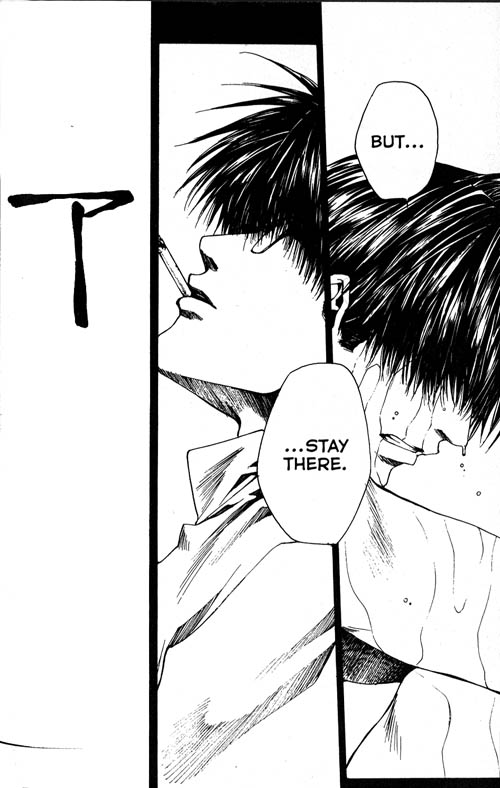 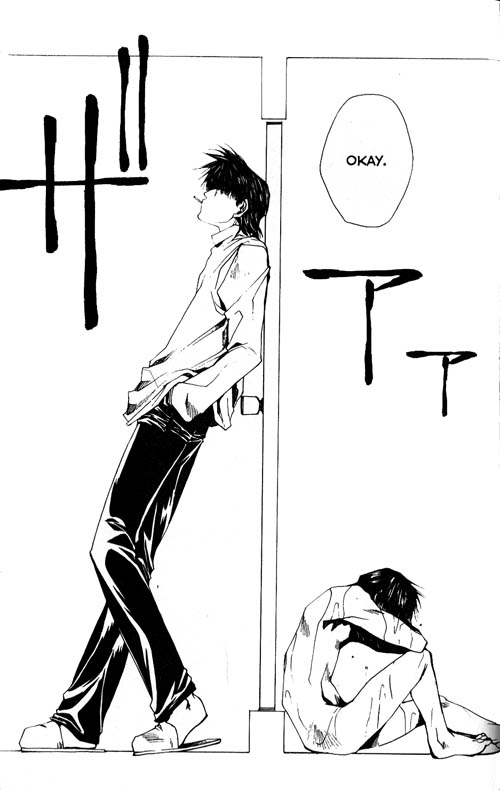 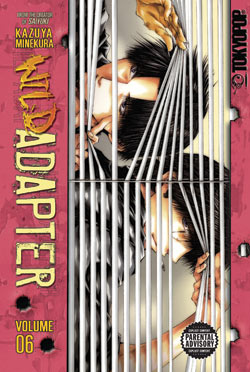 Kubota and Tokito’s relationship is warm, intimate, occasionally desperate, deeply complex and astonishingly simple all at the same time. Even through the story’s most sensational moments (and believe me, there are many of them) this relationship is what keeps it grounded and makes it more than just fabulous, fabulous crack. With all my talk of the main relationship, I’ve hardly touched on the plot, but though the plot is intricate and nicely paced, it is so much character-driven, the details hardly seem to matter here. With most of the manga told from the point of view of various supporting characters (many of whom are only passing through the story to tell us their part), the main characters are presented from multiple perspectives, providing an unusually well-rounded view of them as well as adding richness to their interactions with the POV characters.

Minekura’s artwork is a joy to follow–intense, detailed, wonderfully stylized, and enormously expressive–never letting style get in the way of substance. I’m a big fan of contrast, and this manga is suited perfectly to my tastes, with pages and pages of crisp black and white and a restrained use of tone. Tokyopop produced the volumes beautifully as well, with gorgeous color pages at the beginning of most volumes. It will be interesting to see if this quality holds up when volume seven is finally released.

Having consumed all six volumes of this series in just a few hours, I can vouch for it being massively addictive and honestly riveting from the start and I really don’t know how I’ll make it through the excruciating wait for the next volume. Though Wild Adapter may seem to appeal most to fans of boys’ love thanks to the close relationship between the two lead males, its mix of action, mystery, organized crime, and supernatural elements really should provide something for everyone, and everyone needs an addiction like this.