Um. Apparently this has temporarily become a music blog. Back to the usual manga-talk and self-important essays soon, but first:

Last night, one of my very favorite bands, Northampton’s own Winterpills had a cd release party for their third album, Central Chambers at the Iron Horse Music Hall. It’s always great to see Winterpills at the Iron Horse, because they are able to bring up all their musical pals and create a really rich and exciting show. Last night was no exception. 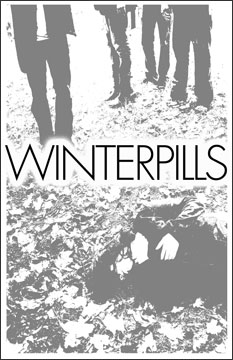 The greatest treat in terms of musical pals was actually the opening act, Brooklyn-based duo KaiserCartel. We listened to some tracks from their MySpace page (music starts automatically) before heading over to the Horse, so we were kind of psyched going in, but what was truly astounding about these two is that they managed to bring their full studio sound on to the stage. They started out simply enough. Courtney Kaiser played guitar and sang the main vocals, and Benjamin Cartel sang backup while playing drums. (Courtney Kaiser is my kind of guitarist, I have to say–keeps her guitar in an open tuning so that she can just move her hand up and down the frets and concentrate on singing instead.) After a couple of songs, though, things started to get crazy. Everyone was moving around, switching instruments, using a drink frother to play a xylophone, and omg that guy is playing the guitar and the drums at the same time. It was kick-ass. 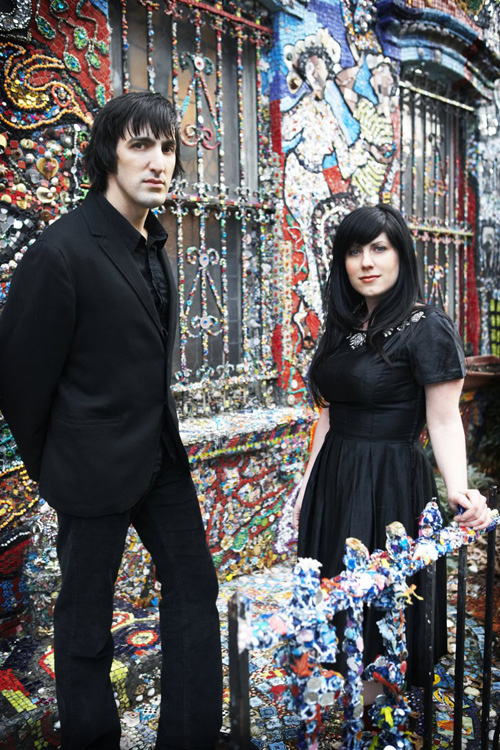 Both of the duo have terrific voices, and they are so perfectly in-synch with each other it is a wonder to behold. Their first album, March Forth, produced by Matt Hales (Aqualung), was released in June, and I think they have (or will soon have) an EP as well, though for the life of me I can’t find anything on their website about how to buy these things. Catch them on tour in November with Margot and the Nuclear So and So’s (*love*), and check out their tunes and videos at MySpace!

Now Winterpills, oh sweet Winterpills. I’ve been a fan of Philip Price’s songwriting for a long time, but this band is really the loveliest means for putting it out into the world. I could listen to Philip and Flora (Reed) sing together all day long. Their sound is reminiscent of Elliot Smith, but even prettier, and with the new album, there’s an element of, hmmmm, very early Jefferson Airplane (only more in-tune), a little Paul McCartney maybe, and something else I can’t quite identify introduced as well. They started off with a couple of older tunes last night, and then played the entire new album for us. 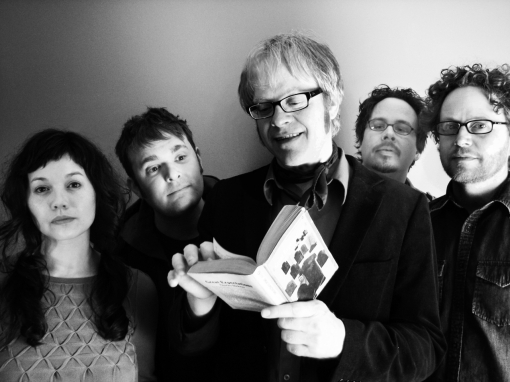 There were a couple of incidents with technical issues and a drooping microphone, but none of that marred the exquisite sounds coming from the stage. Interestingly, one of the most poignant moments was guitarist Dennis Crommett’s soft, simple vocals chiming in on “Gentleman Farmer.” If I had any complaint about the evening at all, it would be that, at least from where I was sitting, the vocals overall were lower than I’d have liked. It was a spectacular evening of music, though, really.

I probably used up my begging quota on Tom McRae, I realize, but if there is anyone left who’s willing to listen to me beg, I’d say please, please check out Winterpills.

You can stream their first two albums in their entirety at their website, and the new album in its entirety at virb.com, though that requires signing up for a free account. A few tracks are available for streaming without signup via their ecard announcement, including one of my favorites, from which the title of this post is taken, “You Don’t Love Me Yet.” You can also stream several of the new songs (and two older ones) at MySpace, “Take Away The Words,” “Beesting,” “We’ll Bring You Down,” “You Don’t Love Me Yet” (from the new album), and “Broken Arm,” and “Cranky” (older).

I did find a video for one of their new songs, “Beesting”:

I really love this band. Their sound makes me feel both comfortable and unsettled all at once, marrying all my old and new loves together in a way I haven’t experienced from any other source. They are truly special.

Winterpills’ albums are available from their website, iTunes, cdbaby, or from their label, Signature Sounds. Please check them out.