The day has continued very nicely, and I’m settled in for the evening now, pets snuggled up around me. I realized a few minutes ago that I have the “Waltz of the Flowers” from The Nutcracker in my head, and then I realized why. Hee. Lately, we’ve been watching an anime series from, I think, 2002 called Princess Tutu. I love Princess Tutu. I feel quite foolish saying those words, “I love Princess Tutu,” but that is really the truth. This series manages to be ridiculous, pretty, profound, whimsical, and tragic all at once. Oh, and there’s a duck. I really love the duck. 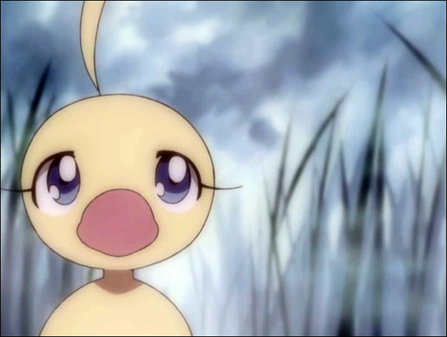 Princess Tutu is a magical girl anime in which the real world and the world of a fairy-tale called “The Prince and the Raven” have begun to blend together, in the manner of one universe breaking into the other, sort of Buffy the Vampire Slayer-style. The person pulling all the strings is a dead storyteller named Drosselmeyer who manages to still manipulate events from beyond. The prince from his story escaped into this world (pursuing the raven), but to defeat him, had to shatter his own heart, and was left with nothing. A little duck who admired the prince from afar is granted the power (by Drosselmeyer) to turn into a human girl, Ahiru (Duck), who wears a magical pendant that allows her to become Princess Tutu whenever one of the missing shards of the prince’s heart appears, so that she can return them to him.

I know, I know, it sounds totally ridiculous, but oh, it is just the greatest thing. Ahiru turns back into a duck anytime she accidentally quacks (she becomes human again by coming into contact with water), and she is possibly the most charming character ever written. She is a student at the same ballet school as the prince (whose name is Mytho), and when she becomes Princess Tutu, she fights for the heart shards by dancing a pas de deux with her foes to help them get in touch with their real feelings, and realize that they no longer need the artificially enhanced emotions they are clinging to by way of the heart shards. 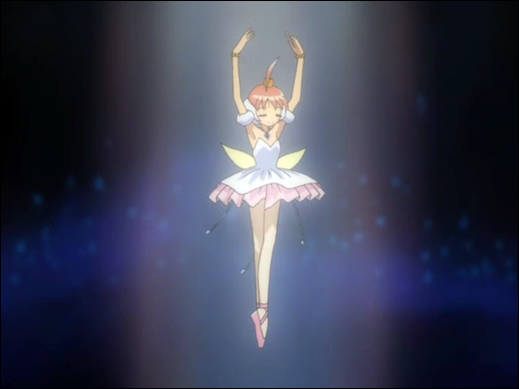 Up to this point you’re thinking, “Ballet school and fairy tales, what are you ten?” but here’s the real thing: the heart shards? AWFUL. So far, the ones Mytho has gotten back are disappointment, loneliness, sorrow, affection, and fear. So basically at this point in the series he is pretty much the most miserable person on earth, as the only emotions he is able to feel (with the exception of affection) are incredibly painful. It is only after he receives “fear” that Ahiru starts to realize that she may be causing her prince terrible pain, and the sixth episode ends with her realization of this horror, as Drosselmeyer laughs in the background. It’s really a very painful series so far, but the characters have grown on me so much, I couldn’t possibly give it up. It is even richer if you are familiar with the stories of classic ballets, as there are elements taken from these (though this knowledge is not necessary by any means), and the soundtrack is full of ballet music as well, which is lovely. 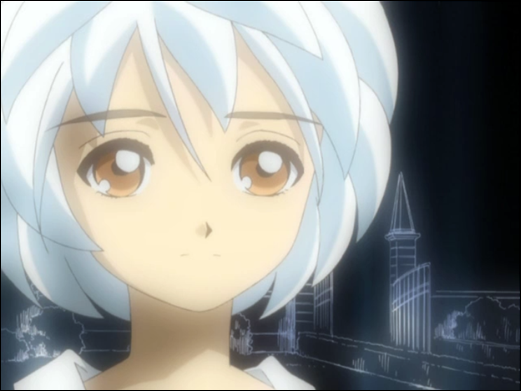 I’ve rarely seen anything that is able to look so fluffy on the outside, without actually being so at all. And yet, it’s not like the show is all misery and pain. Did I mention that Ahiru’s ballet teacher is a cat? I can’t really explain this, it’s all a part of the universe, but randomly, certain characters are animals, which seems to be a side-effect of the crossing over of the real and fairy-tale universes. In episode six, a visiting ballet company realizes that their manager and electrician has become an electric eel, though they seem to take it in stride. There really is just nothing quite as quirky, twisted, and charming as this series. I can’t wait to watch more! 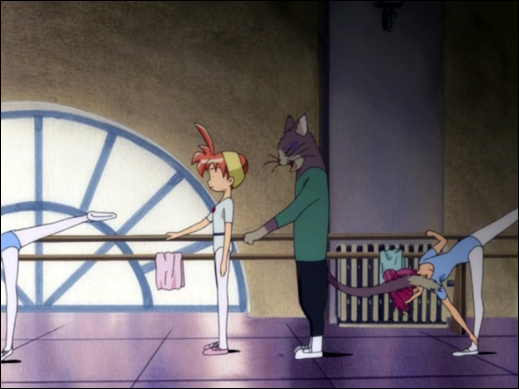 There was a manga adaptation of the series, in just two volumes, but I admit I’m sketchy about reading it, as I believe some of the elements I enjoy the most here (the random animals, for instance) were removed. I may look into it, though, once I’ve finished the anime.