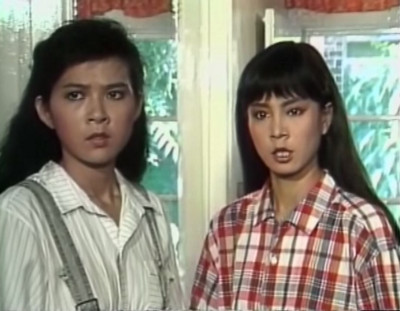 Pouring Sugar on Stakes Thrust through the Heart, or TV Drama vs. Novel

The plot between the novel and this TV adaptation is mostly the same, aside from the addition of new characters (the Li family, Keyun, Du Fei, Ji Yao), and expanded roles for Erhao, Mengping, and Fangyu.

However, the feeling is significantly different. The TV drama does a lot of sugar-coating. For example…

In the novel, Mengping is gang-raped and gets pregnant. When she can’t identify the father, her father stop treating her as his daughter, or even as a human being. After a back-alley abortion gone wrong, Mengping spends most of the novel in the hospital, out of sight. By the time she gets out of the hospital, her mother is in prison, her father and sister are dead, her younger brother is in an orphanage, and she has to live with her older brother, who is penniless.

She is also gang-raped, emotionally discarded by her father, and gets injured in an abortion in the TV Drama. But in the TV drama, her loving sister cares for her after the rape, and her boyfriend agrees to marry her even after he knows what happened. Furthermore, her boyfriend tracks down the rapist and personally punishes them, with some help from Mengping’s father, who starts treating her as his daughter again once a man (her boyfriend) agreed to marry her. Mengping and her boyfriend (later, husband) live happily ever after. 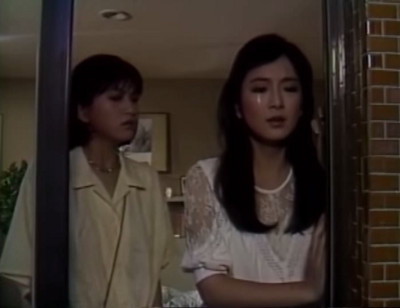 In the TV drama, Ruping commits suicide. After the suicide, all of the characters are heartbroken, blame each other for her suicide, blame themselves, and pour out all of the love they felt for Ruping but didn’t express properly while she was alive.

In the novel, when Ruping commits suicide, the characters either a) hardly notice or b) are upset because her death inconveniences them. None of the characters are depicted being sincerely sad that she is dead (well, maybe He Shuhuan is sincerely sad … to some extent).

In the TV drama, Ruping is mistaken to think that nobody loves and cares about her. In the novel … she is mostly correct.

Though the plot is mostly the same, these little differences add up to a very different message. In the novel, the message is “What goes around, comes around.” Since what goes around is pain and abuse, what comes around is not pretty. By contrast, the message in the TV drama is that, deep down, everybody loves each other, they just don’t know it, and that love can get you through everything. That is a VERY different message.

Why Was the Message Changed

So … why does the TV Drama sugar-coat the story?

I have some ideas.

First, the novel was written in the 1960s. Many people in Taiwan, including most of the characters and Chiung Yao herself, had been in China during the Chinese Civil War, and were still recovering from the aftermath. The rest of the population had experienced WWII under Japanese rule and the 2/28 Incident, which was also very traumatic. The novel was also published during the height of the “White Terror,” when Taiwan’s authoritarian government practised strict censorship and imprisoned anybody who was inconvenient to the people in power. 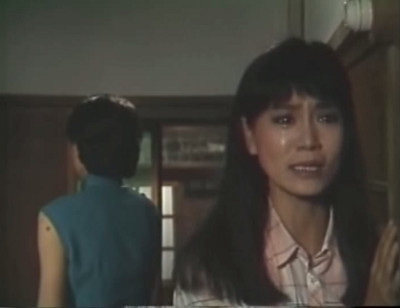 By contrast, the 1980s was a much more forgiving era. The economy was booming and standards of living had risen. Taiwan was already moving towards democracy, and in 1987, just a year after this drama aired, martial law was lifted. things didn’t seem so bad.

Then there is Chiung Yao’s own personal circumstances. At the time she wrote the novel, she was a young mother, and had either just ended her first marriage or was about to end it (I couldn’t find a timeline to double-check the order of events), but in any case, ending a marriage while caring for a young child is stressful. She relied on the money she made by writing to make ends meet, so if she had stopped writing, or if her writing hadn’t sold well, she would have been in trouble. 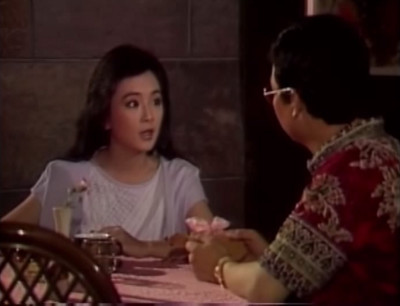 By contrast, in the 1980s, she was financially secure and independent, had well-established and extremely successful writing career, and had been happily married to her second husband for years. Chiung Yao herself says that she couldn’t have written the novels she wrote as a young woman at a later age because she had stopped experiencing such sharp, forceful feelings.

It’s entirely possible that a TV drama faithful to the spirit of the novel would not have been allowed to air in the 1980s. I think that Taiwanese TV nowadays wouldn’t produce a TV show with even the 80s drama adaptation’s level of emotional harshness. Audiences would not receive it well.

In fact, based on the reviews I’ve read, the 2000 adaptation of Yanyu Mengmeng is even sappier than the 80s version.

Why I Hate This Story

For starters, I hate most of the characters … Yiping, Ruping, He Shuhuan, Lu Zhenhua, Xueqin, etc. In the novel, just about the only significant characters I didn’t hate were Fu Wenpei (Yiping’s mother) and Fang Yu. I don’t hate any of the new characters (Keyun, Du Fei, etc.) who were added to the story in the TV adaptation. 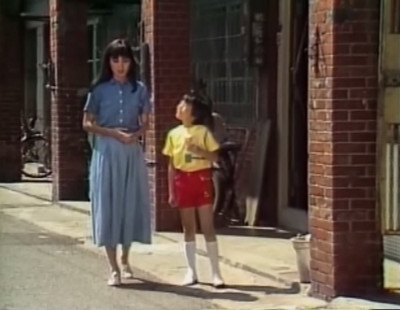 Yiping has ulterior motives for going out with Erjie.

Okay, I did feel more sympathetic to Yiping in the TV drama, so I suppose I don’t hate TV!Yiping, but that’s mainly because I felt everybody else was treating her unfairly. Everybody was telling her that she should set aside her hatred for the Lu family, that she was their daughter, and that she should learn to love them. I, on the other hand, felt that not only was Yiping entitled to resent the Lu Family, but I was advising her to cut off contact with them as soon as feasible. Her father abused and neglected her for more than ten years, and her siblings either contributed to the abuse/neglect, or refused to offer any help to Yiping … and never ONCE in the entire drama do they apologize to Yiping and admit to her that they were wrong (his father quasi-apologizes to her mother). If any reconciliation is to happen, I think the Lu family (particularly his father) is responsible for the first move, and before there is a clear and sincere apology, nobody should tell Yiping to let go of her bad feelings about the family.

That’s not to say that I approve of Yiping’s actions – on the contrary, I advised her (in my head) to forget revenge so she can get the Lu family as much out of her life as possible. I also advised her to dump He Shuhuan, particularly considering how inclined he is to use physical force to control her in the drama (at least in the novel he’s not physically abusive). Yiping needs a sassy gay-friend, not a self-centered borderline-abusive boyfriend like He Shuhuan (I personally think Yiping was doing Ruping a favor when she ‘stole’ He Shuhuan, but I know Ruping disagrees with me). 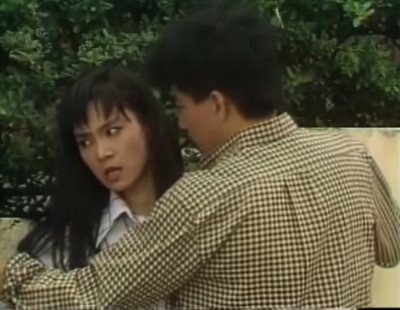 When Yiping wants to get away from Shuhuan, he grabs her, carries her as she’s kicking and screaming, and pins her to a fence. What a charming boyfriend.

And how could I hate Ruping? Mainly because she seems very passive-aggressive to me. She repeatedly claims that she loves Yiping like a sister but … well, it never translates into her actions. When Yiping needs help, Ruping does nothing (and I don’t buy that Ruping doesn’t have enough courage, because she certainly has enough courage when her other siblings get in trouble). And when Yiping is going through some really terrible things, Ruping is caught up in her own selfish concerns. Yiping, at least, is honest about the fact that she is not looking out for Ruping, and even tells Ruping so.

What’s worse, Yiping, Shuhuan, and Ruping are all bookworms. To Yiping, novels are like water, and reading is one of her main mechanisms for getting through the day. Shuhuan has a large library. Yiping loves 19th century European novels – Tolstoy, Bronte sisters, etc., while Shuhuan enjoys contemporary foreign literature. Ruping is a fan of popular Chinese-language literature, particularly romance and wuxia (I find it intriguing that she is an wuxia fan, considering that she’s a total doormat who wouldn’t hurt a fly). I also identify as a bookworm, and I suspect most people who read the novel are bookworms to some extent, so this makes the characters more like the readers. 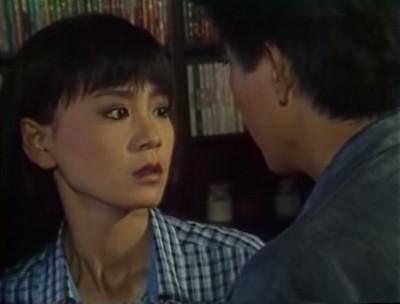 And that brings me to the crux of why I hate the story – I can see myself in the characters, and it’s an awful part of myself. My family is much more functional than the Lu family – but even I know something about the resentment which builds up between family members, and how it can drive people (myself included) to do terrible things. You could say that I am Yiping’s daughter (my mother as a young woman had some things in common with Yiping). In the TV show, and especially in the novel, I could feel that a) what the characters were doing was wrong and b) understand why they were doing it because, under similar circumstances, I would have the same impulses.

I hate being shown that I can be an awful person.

I seriously considered not watching the TV drama because I hate the novel that much.

My Reaction to the Drama

This is hands down the most addictive TV drama I’ve seen in Chinese, and one of the most addictive things I’ve watched in my life. Even though I already knew the story, I simply had to keep going. As soon as one train-wreck has happened, it’s possible to see the next train coming to pile on the damage. 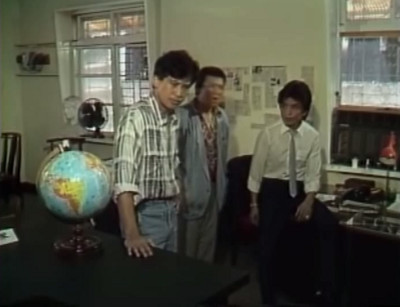 In some ways, the TV drama is much better written than the novel – many supporting characters are much more fully realized, and the suspenseful elements are more deftly crafted.

And the tears. Oh the tears. In my mind, I’ve re-titled the drama “River of Tears” because of the effect it had on me.

But towards the end of the TV drama, I stopped engaging with it because it started to seem a little false to me. The story wants to go to awful places, but somebody puts on the brakes, assuring the audience, ‘no, it’s not really that awful’.

The ending of novel feels profoundly sad because it feels true. The more optimistic ending of the TV drama does not feel true to me. 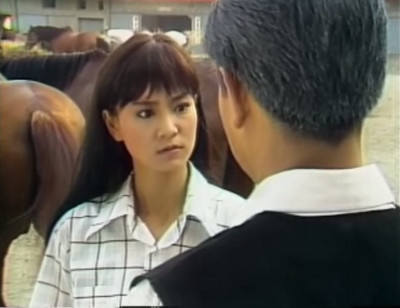 Nowadays, before I pick up a Chiung Yao novel, I have to ask myself whether I am ready to tear out my heart and put it through the washing machine for cycle. I’ve read that Yanyu Mengmeng is the rawest of them all, but based on some of the summaries I’ve seen, I suspect some of Chiung Yao’s other novels might wrench me even more. She is a genius of pressing emotional buttons.

Why is it that Sara K. only found out that the Takarazuka Revue was coming to Taiwan AFTER the tour was over????? Now she’ll actually have to go to Japan to see them perform live. Oh well, if she ever has the chance to see them in Japan, it will probably be better than seeing them in Taiwan.