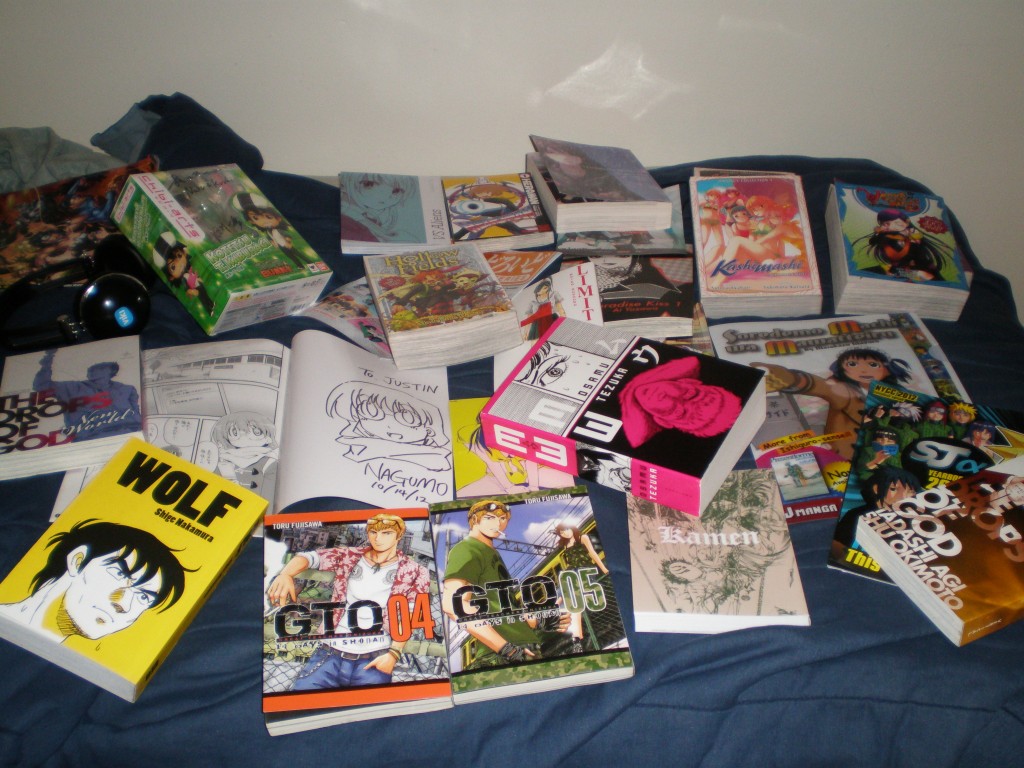 So tell me, how did you all get into manga? Because let me tell you something: I didn’t exactly get hooked immediately. During my middle school years I mostly settled on watching anime and anything that aired on Toonami and Adult Swim. It wasn’t until around 8th grade when I finally bought manga, and those manga happened to be Psychic Academy, One Piece, and D.N Angel. I can’t remember how I had come to know what manga was—I may have learned about it in a magazine most likely—but thanks to some silly reasons (for example, I mixed up a character from a fighting game, and that’s why I brought Psychic Academy), I bought these three manga.

I only kept up with Psychic Academy and maybe mistakenly gave up on the others—even throwing them away because they were starting to take up space in my room and I wasn’t reading them. After that, though, I wasn’t all that connected with manga, and stayed in the realm of anime and video games. However, I suddenly had a desire to write and draw around my high school years. Don’t worry, these are stories I’ll be inclined to keep to myself! Anyway, when I attended college, I decided it was time to learn my craft. At the time, purchasing books or anything related to what I did was not an option, so I didn’t know what was a trend or what was really all that popular. So during my sophomore year of school, I believe, I decided to return to the manga world and start reading in general—just to get a sense of what I’d like and what was popular. I wasn’t convinced, though. I had only picked up manga I had heard of like Rosario + Vampire and Negima, and aside from the usual shounen stuff (Rurouni Kenshin, Bleach), nothing really compelled me to read more and take manga seriously.

Then the best thing happened to me when it came to manga: I watched the first episode of Monster on SYFY. That episode made such a great impression on me that I had to find out more on what it was and what it was all about. That was how I found out Monster was a manga series created by some artist named Naoki Urasawa. I brought the first volume at the bookstore, got home, and started turning the pages. And turning. And turning! Needless to say, I was captivated. The story was suspenseful and full of seemingly implausible yet true twists, the art blew me away (as at the time I didn’t believe manga could be like that), and it made me understand a lot of things about manga that I might have glossed over before. Needless to say, this was the time I wanted more.

So you could also approach this as a question of how you got into manga, but let’s try and dig a bit deeper. What was that one manga you read that really hit you and told you to go read more manga? Were you in a position where you read a manga, did not like it, but was convinced by someone or something to check out a different manga? Whatever the case is, feel free to share in the comments the manga that got you hooked onto more manga.