I was hoping to kick off the new incarnation of Manga Report with a triumphant series of reviews this week. Unfortunately I have a horrible cold and am really only capable of communing with my roku box and knitting scarves. But! There is a certain type of manga that I can enjoy when I am too incoherent to actually follow a plot very well, and that is romance manga! Because the plots are so predictable that even someone loopy on cold medication can follow everything without getting lost and the art is often pretty enough to distract me from my kleenex-riddled misery. Romance manga from Ohzora are usually amusing, because they are very similar to Harlequin manga adaptations, but usually the art is much more consistent and well-executed. Both of these titles are available from jmanga.com. 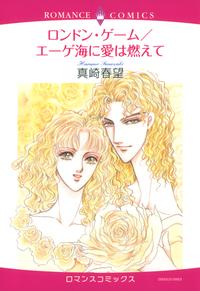 This is the story of Maximilian Rochefort, a commoner with an impressive fortune and equally impressive eyebrows, and Eleanor, the unmarried only princess of a tiny European country that has fallen on hard times. He proposes a game to her – she’ll convince him that the royal family is worth saving and he’ll rescue her. Maximilian and Eleanor knew each other briefly several years ago, and a party at a country house provides an opportunity for them to spend some more time together despite Maximilian’s antagonistic attitude. Unfortunately there are groups of other rich social climbers hanging around. Maximilian quickly determines that Eleanor’s country is basically auctioning her off to the highest bidder, and she’s utterly unaware of what is happening around her. Maximilian asks if she’s ever watched the news or read a tabloid and Eleanor says that her only reading material is “the front page of the Financial Times” because her father has always encouraged her to make appearances at charity functions instead of learning about current events. Maximilian yells “Are you an idiot?! It should be a crime to grow up this naive and unsullied! Think a little bit about who you are!” I found this scene very amusing, because all too often heroines in romance manga are idiots and no one calls them on it. Eleanor grows up a little bit and Maximilian stops acting aggressively petulant. Sanazaki’s art is detailed, lush, and a little bit stylized which is exactly the type of illustration I tend to look for from romance manga. I enjoyed the backup story about a vengeful ex-boyfriend “Flames of Love in the Aegean Sea” much less because it was a bit too rapey (in the old 1980s romance novel sort of way) for me.

Forbidden Love With a Prince by Rikako Tsuji 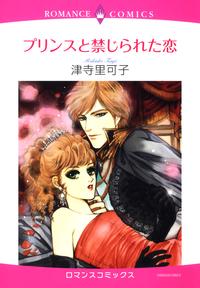 This was a fun single volume story about an aspiring actress named Sherry who is studying in a tiny European country (there are so many of those in romance manga) when she has an encounter with a handsome yet slightly weird young man named Ernest at her part-time job working in a cafe. He tries a slightly cheesy pickup line on her and she dismisses him. They meet in a park and Ernest woos Sherry in the undercover way commonly practiced by princes of tiny European countries who don’t wish to reveal their royal natures to their crush objects. Ernest and Sherry’s dating activities include foiling bank robberies and accidentally getting handcuffed together. Sherry’s career begins to take off and Ernest vanishes from her life. When Prince Ernest attends Sherry’s new play, she finally realizes who he is. Sherry then has to make a decision – should she continue with her career or become a queen? Tsuji is very good at portraying facial expressions and body language, and it was particularly interesting to see the way Ernest is open and enthusiastic when he’s undercover and then turns much more stiff and formal when he’s in his role as a Prince. The story took up the whole volume of the manga, and I was amused to see that there were little touches with character introductions which highlighted the possibility of a number of spin-off stories featuring Ernest’s friends and relatives.

Romance manga might not be great literature, but it is the perfect thing sometimes when one wants to be diverted and distracted by the spectacle of pretty people falling in love. Both of these volumes are good examples of the genre, and I’m glad that Jmanga.com has stepped up to translate so much romance manga in recent months.