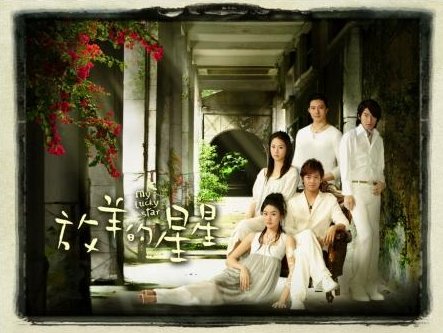 Jewel thieves! Car racing! Beautiful scenery! Melodrama! Silly sexual humor! This drama has a lot going for it. Let’s set the mood with a song:

Now, a scene from the first episode.

Ou Yaruo is getting married today. Or at least that’s what she thinks. 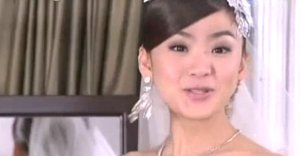 When the door opens, she assumes that it’s her fiance. 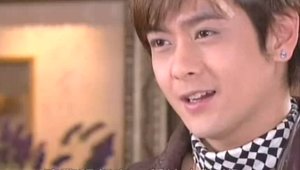 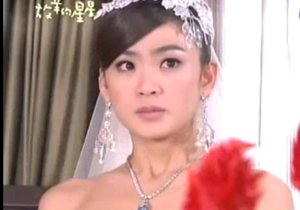 Clearly, this is not good news. 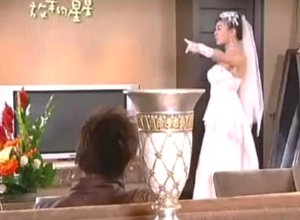 Ou Yaruo tells him to get out. 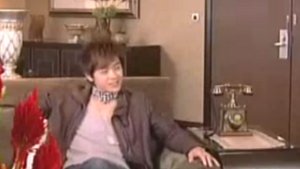 He does not get out. 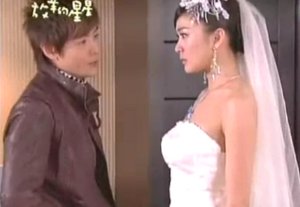 In fact, he gets closer to her. She apparently broke his heart when she dumped him. 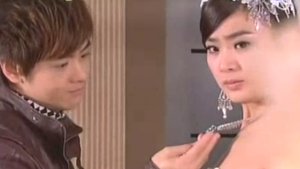 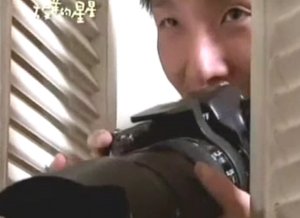 The sneak tabloid photographer has arrived on the scene… 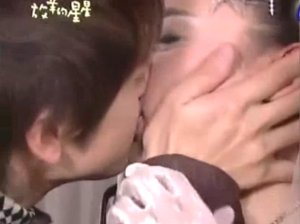 … and he’s just in time to take a picture of them kissing. 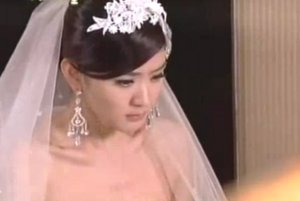 After the kiss, he leaves, leaving her wondering what the meaning of this encounter was. Does she still love him? Did he come to take back the jewel of her heart? 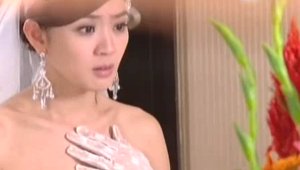 Then she realizes, no, he did not come to steal the jewel of her heart. He just wanted to steal the big jewel in her necklace, which he has slipped off her neck while kissing her. 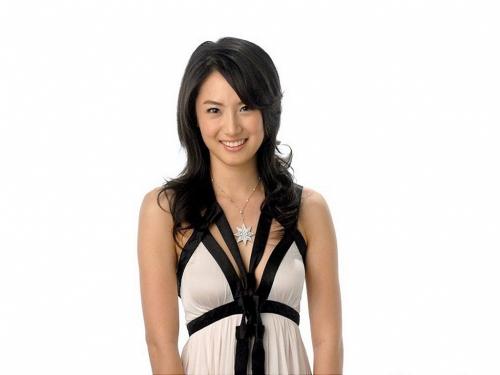 From all of the Taiwanese idol dramas I’ve seen, I think Xia Zhixing is my favorite female protagonist. She’s one of the most honest and compassionate characters in the entire drama – which is ironic, considering she’s a con artist dating another con artist.

Well, Zhong Tianqi catches her in the act, and she gets sent to prison for two years. Not only does she spend two years in prison, but when she gets out, she discovers that she’s lost her con artist boyfriend.

But wait! She catches Zhong Tianqi stealing a jewel too! He got her sent to prison while he’s a thief himself. No fair!

So why did Xia Zhixing become a con artist in the first place? It’s revealed that she’s an orphan, and she grew up in poverty. Being a con artist was the only way she was able to find out of her poverty, and after leaving prison, she finds herself back in financial distress. The fact that she now has a criminal record makes it hard for her to make an honest living which, ironically, is the only thing pushing her back into a career of crime.

Because of her own difficult experiences, Xia Zhixing has a lot of empathy for other people in unfortunate circumstances, especially people who ended up in them through no fault of their own. At one point, she makes a HUGE sacrifice for the sake of an innocent child she barely knows.

When she’s not trying to pull off a con, she is not afraid to be herself, even when this might make people uncomfortable. For example, she does not try to hide her criminal past to anybody that she cares about.

Many of her cons revolved around selling fake jewels. During this “job,” she learned a lot about jewelry, and developed an interest in jewelry design. Is this the path to an honest living, or will her past hold her back? Or will she put others’ needs before her own? 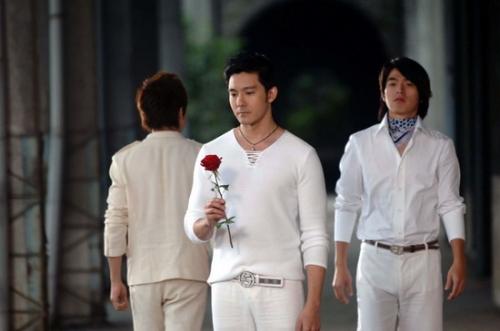 Much as I love Xia Zhixing, this drama is make even better by a good set of male protagonists. 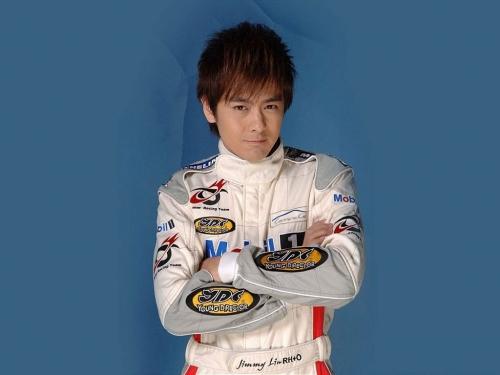 He is the black sheep of his rich family. He’s handsome, he speaks French, and he races cars. Most of all, he’s fearless, whether that means defying his father, standing up for what he feels is right, or car racing while blindfolded.

I am not kidding about the blindfolded car race.

He also takes things very, very deeply to heart. That means that, when somebody is important to him, he will dedicate himself to that person 100%. On the other hand, when he feels betrayed, he gets very, VERY nasty (see the above scene where he ruins his ex-girlfriend’s wedding).

It’s a common trope in Taiwanese idol dramas for Guy #1 to turn into a jerk at some point, and in my opinion Zhong Tianqi does this better than any other Guy #1. First of all, it’s clear that he becomes a jerk because of intense personal suffering, but most of all, I like that he’s a colorful jerk. He is the standard to which I hold up all other Guy #1 jerks. If the male protagonist must turn into a jerk, he at least should be as much fun as Zhong Tianqi.

Oh, and he’s also a prince. 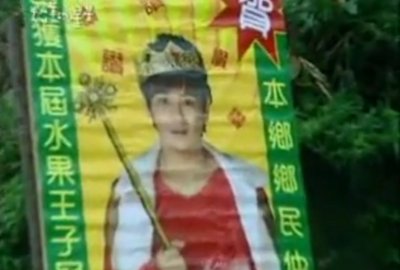 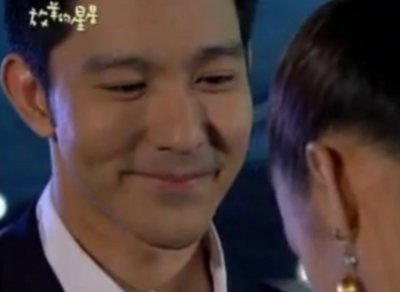 Zhong Tianjun is Zhong Tianqi’s older brother. He is one of the sweetest male characters I have encountered in a Taiwanese drama, He’s patient, forgiving, understanding. He protects people from sexual harassment. And he tries very very hard to be romantic. Oh, and he’s handsome and wealthy.

He’s the perfect romantic hero. In fact, he’s too perfect. That is why there is Guy 2.5. 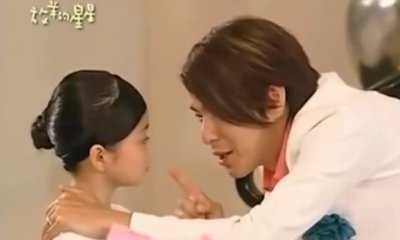 Han Zhiyin is hot celebrity from Thailand who is, ah, flirtatious and promiscuous. However, he finds himself having deeper feelings for her than he’s felt for anyone else. And while he’s a hotshot model, he grew up in the slums of Bangkok, so he can relate to Xia Zhixing’s background in a way that Zhong Tianqi and Zhong Tianjun cannot.

He also does things with as much, if not more, flair than Zhong Tianqi. Then again, as a celebrity, it’s his job to do things with flair.

Not that female-female relationships are completely neglected. Though Xia Zhixing and Ou Yaruo most certainly are not friends, I actually think their relationship is one of the most intriguing in the entire story. 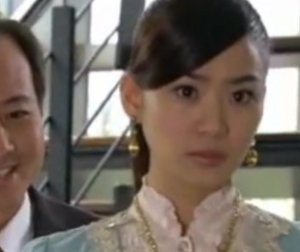 Ou Yaruo is a jewelry designer who works for the company owned by the Zhong family. She loves her job, she’s a rising designer, and she is Zhong Tianqi’s first love. Seems like she has exactly the kind of life Xia Zhixing wants, doesn’t it?

Well, on the surface that’s the case. But Ou Yaruo has a terrible secret.

Her past is possibly even sadder than Xia Zhixing. Xia Zhixing is an orphan who grew up in poverty, but at least she was cared for by a loving uncle. Instead, Ou Yaruo wishes that she had been an orphan, and least then she would not have been traumatized by her abusive father, who currently is in prison.

She is terrified by the thought that somebody will find out the truth about her family, and that if the truth comes out, she’ll lose career and that the people who love her will hate her. In fact, she is literally willing to kill to protect this secret.

The people close to Xia Zhixing, on the other hand, know that she was a con artist, and that she has a prison record, so she has no dark secret which may cost her livelihood and the love of the people around here.

Ou Yaruo has the career Xia Zhixing wants, and possibly the heart of the man Xia Zhixing is in love with. But Xia Zhixing has the integrity, bravery, and emotional security that Ou Yaruo wishes she had.

You have probably figured out by now that this is one of my favorite idol dramas, which meant this post was getting a bit too long. I hope this post has piqued your interest enough to bring you back next week, when I will talk about this drama some more.

Sara K. saw swarms of purple butterflies in Maolin last week. Some of those butterflies flew all the way from Japan. Maolin itself is a gorgeous place. On a different note, she also has a guest post up at Yago.