I picked this up on a whim, and I knew I was in for something a little out of the ordinary when I saw the title of the first chapter, “#HoorayforPervs!” The Lovesick Ellie in question is a fantasy twitter account run by Eriko Ichimura, a girl who remains largely invisible to her classmates. She’s decided to dedicate herself to living her best life in her imagination and pretends to be secretly dating the most handsome and popular boy in school, Ohmi. 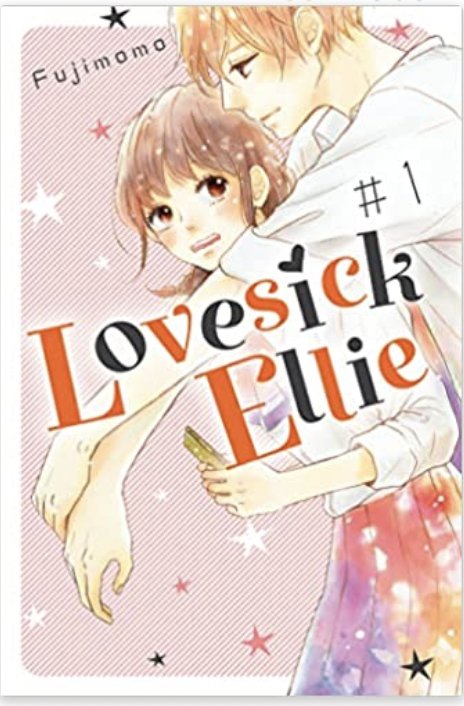 One day Eriko overhears Ohmi talking in a casual way to one of their teachers, and she discovers that he’s nothing like the smiling polite facade he maintains around everyone else. He’s actually not all that happy about being singled out for so much attention. Eriko is discovered and she promptly runs away, leaving her cell phone behind! Ohmi picks it up and reads her tweets and finds them hilarious. All of this happens in the first few pages of the manga, and the rest of the volume shows Eriko and Ohmi striking up an unlikely friendship. Eriko gradually realizes that Ohmi’s actually lonely. He encourages Eriko to befriend another girl who is as obsessed with costuming as Eriko is with over the top fake date narratives. Eriko’s tweets appear here and there to contrast reality with fantasy. There’s plenty of blushing and over the top emotions in the art, but Eriko isn’t really believable as an invisible plain girl because all the character designs are generally attractive.

Eriko’s twitter asides are genuinely hilarious, as she will take a small detail like a misplaced jersey and spin it out into paragraphs of slightly perverted situations. For Ohmi, it seems like Eriko is one of the few people he can actually be himself around, and while he takes a certain delight in teasing her, he’s actually having some difficulties navigating his own emotions as their relationship develops. For a manga with such a goofy premise, it actually ends up being rather heartfelt. I found myself smiling multiple times reading Lovesick Ellie, which is a great shoujo title for anyone wanting something funny and romantic.