knight of the ice

Knight of the Ice Volume 7 by Yayoi Ogawa

We don’t get a ton of josei series translated, so I do cherish the ones that come out in print like Knight of the Ice which has a winning combination of figure skating drama combined with Ogawa’s quirky sense of humor. While many of the plot points of the series center around Kokoro’s difficulties training and winning competitions, this volume opens with Chitose dealing with her heart condition. Kokoro’s hard-nosed manager Moriyama visits Chitose in the hospital, and it is great to see how much she cares even though she goes to great lengths to hide her emotions. Chitose doesn’t want to derail Kokoro’s concentration by having him worry about her, so she decides to both postpone having surgery and wants to keep her condition a secret. 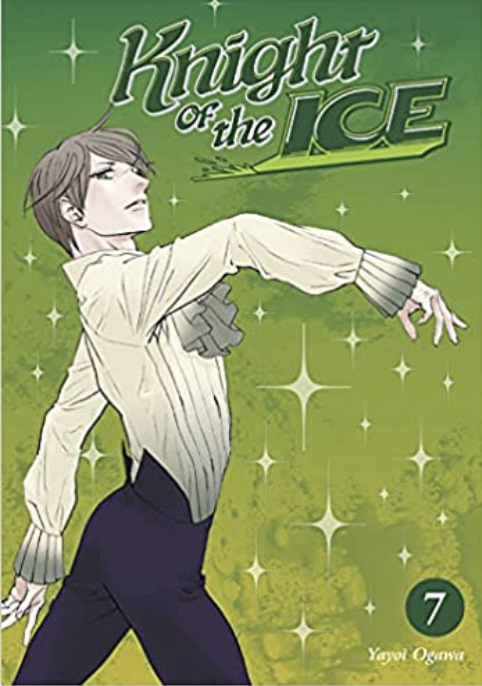 For the rest of the volume, Kokoro is vaguely uneasy as he trains for his latest competitions, as he can tell that Chitose is hiding something but he isn’t sure what it is. He’s dealing with his ongoing issues of pushing his technical abilities but sometimes struggling to be artistic and expressive enough in his skating. “Yayoi Ogawa” shows up to dash off a sketch for an inspiring new costume. Ogawa’s dynamic and expressive art makes the skating competitions compelling, as all the skaters are dealing with their own struggles. Kokoro has some triumphs and setbacks, and has still not yet reached his full potential. I’m enjoying seeing the story in Knight of the Ice unfold.

Knight of the Ice Volumes 2 and 3 by Yayoi Ogawa

This series is rapidly becoming one of my favorite pandemic distraction manga, and I started it fully enthusiastic for a new Ogawa manga. I haven’t felt disappointed so far! The first volume did a good job setting up tiny magazine editor Chitose’s secret relationship with her childhood friend renowned figure skater Kokoro. While this is certainly a josei series, Kokoro’s extreme shyness and sheltered secret otaku lifestyle makes the romance aspect of the manga as slowly developing as any series with high school protagonists. This is a comfortable pace for the reader, because after the first volume the series is able to settle in for a little bit and introduce more of the supporting cast and further explore the world of high-stakes international figure skating. 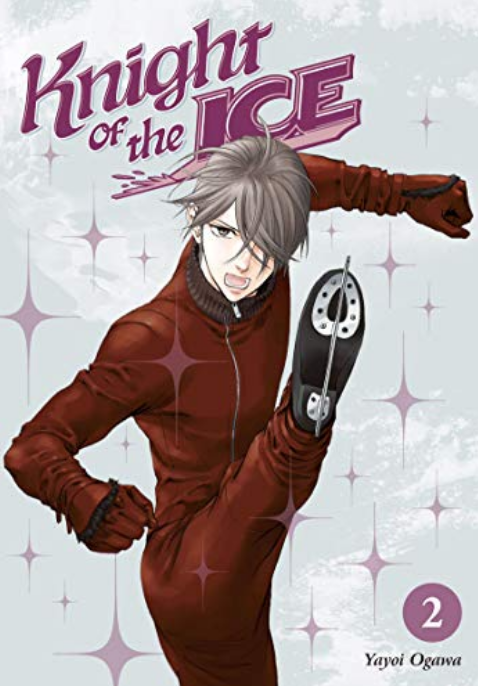 Given that Chitose’s boss Sawada seems to be taking an unusual interest in one of his junior employees, it isn’t too surprising that she gets caught sneaking off in order to cast her magical girl spell on Kokoro right before he competes. When a fan spots Chitose and Kokoro together and starts posting rumors online, Kokoro’s dynamic and scary manager Moriyama invents the cover story that Chitose is part of Kokoro’s coaching team. As Chitose spends more consistent time with Kokoro, she begins to be more aware of her feelings and it is clear that Kokoro is using his feelings for his oldest friend to motivate him to perform even better in his sport. At the same time Sawada has an uncanny knack for popping up whenever Chitose is experiencing a moment of extreme distress. 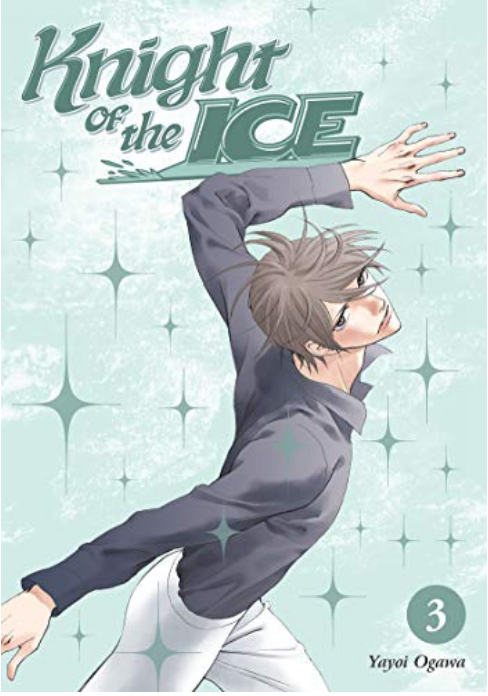 As the figure skating season unfolds, Kokoro is able to turn in some of his best performances thanks to some unorthodox motivation from Chitose, but he’s also plagued by a nagging injury. While the slowly developing romance between Chitose and Kokoro keeps moving forward (there are kisses on the cheek!), I found myself enjoying the quirky supporting cast in the series more and more. Moriyama’s blunt pronouncements about just how far Kokoro can go with his potential relationship certainly provide a contrast to the more innocent romance that’s happening. Kokoro’s twin sisters intervene when another skater is about to get taken advantage of, and if Kokoro doesn’t have enough pressure to deal with it becomes more clear that his career and public image is being controlled behind the scenes by his father. Chitose is starting to become more confident about advocating for herself and her own feelings. Between skating drama, romance, family issues, and Ogawa’s quirky humor there’s plenty to keep a reader entertained in Knight of the Ice.

Knight of the Ice Volume 1 by Yayoi Ogawa

I think Tramps Like Us (Kimi Wa Pet) started coming out here in the mid 2000s, and 15+ years is a long time to wait between Yayoi Ogawa series. Fortunately for anyone in the need of sports-based josei distraction in these trying times, Knight of the Ice serves up plenty of Ogawa’s off-kilter humor along with workplace romance hijinks. The heroine of this story is Chitose, who works at a magazine. She’s so incredibly tiny that she’s sometimes mistaken for a child, which causes her some problems in the workplace. 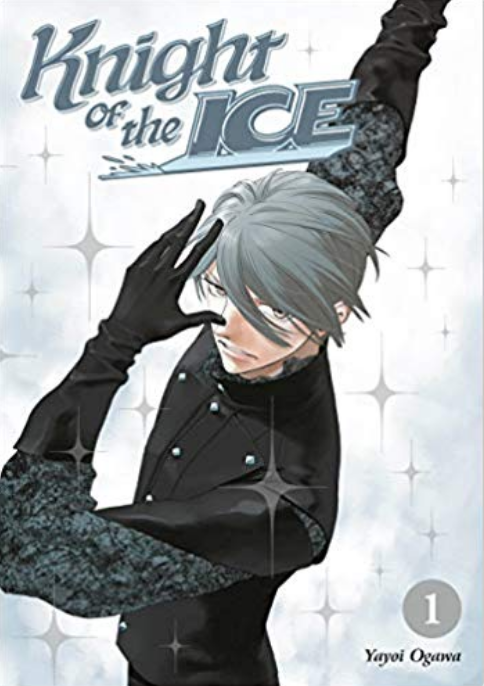 Chitose’s childhood friend Kokoro is a champion figure skater, who is able to keep up his flawless facade on the ice only when Chitose is present to cast a magical girl spell on him by quoting the anime they were both obsessed with as children. Having to suddenly disappear right around ice skating championships also causes problems when Chitose has to duck out of work without any clear explanations. Her boss Sawada keeps making references to her tiny size by giving her a nickname that references the Moomins, but he also seems to be a little more aware of Chitose as a woman than he should be. The set-up of a figure skater with severe performance anxiety is funny by itself, but Ogawa also adds additional humor with Kokoro’s domanatrix-like manager, and the occasional appearance of “Yayoi Ogawa”, an old school friend of Chitose who occasionally appears to offer commentary and life advice. Ogawa’s art is distinctive and energetic, capturing Kokoro’s graceful poses along with plenty of emotional outbursts and quieter moments of romantic confusion. Ogawa does a good job slowly setting up the potential love triangle between Chitose, Sawada, and Kokoro. Her quirky sensibilities make this first volume extremely engaging. I’m on board for this whole series!