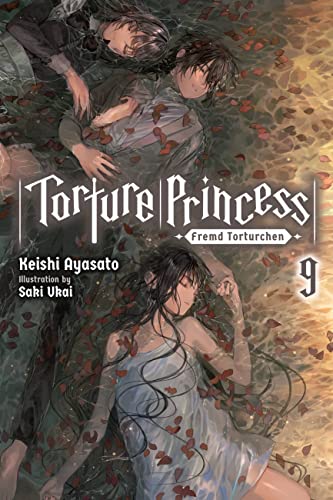 Yen On is pushing out a lot of new light novels. We get Banished from the Hero’s Party, I Decided to Live a Quiet Life in the Countryside 7, The Bride of Demise 2, High School DxD 9, I’m the Villainess, So I’m Taming the Final Boss 4, The Otherworlder, Exploring the Dungeon 3, Re:ZERO -Starting Life in Another World- Ex 5, and Torture Princess: Fremd Torturchen 9 (the final volume).

From Viz Media, we see Dragon Quest: The Adventure of Dai 5, Fly Me to the Moon 14, Kaiu Shirai x Posuka Demizu: Beyond The Promised Neverland (a short story collection set before and after the main series), Mao 8, Pokémon Journeys 4 (the final volume), Sleepy Princess in the Demon Castle 19, and World Trigger 24.

ASH: I fell behind with The Promised Neverland long ago, but I do like these sorts of short story collections.

MICHELLE: I still need to finish it, myself.

SEAN: Tokyopop gives us the 4th and final volume of Mame Coordinate.

Already out from Tentai Books is the 2nd volume of light novel You Like Me, Don’t You?.

SuBLime has the 2nd and final volume of Love Nest, as well as the 7th volume of Punch Up!.

ASH: I may have said this last time, too, but I forgot that Punch Up! was an ongoing series. I have enjoyed what I’ve read, though.

SEAN: Steamship gives us a 2nd volume of I’ll Never Be Your Crown Princess!. 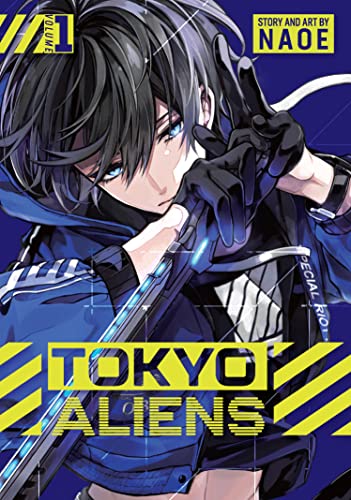 Square Enix Manga debuts Tokyo Aliens, a GFantasy series about a young man trying to follow in the footsteps of his police officer father, and the aliens who derail that when they kidnap him.

ASH: That’s the sort of ridiculous premise I like to see.

ANNA: I almost wish it had one additional layer of ridiculousness, but alien kidnapping does sound like something new at least.

SEAN: They also have the 6th manga volume of Suppose a Kid from the Last Dungeon Boonies Moved to a Starter Town.

Seven Seas debuts the manga version of Though I Am an Inept Villainess: Tale of the Butterfly-Rat Body Swap in the Maiden Court (Futsutsuka na Akujo dewa Gozaimasu ga: Suuguu Chouso Torikae Den), which runs in Comic Zero-Sum. What’s that, you say? I’ve shilled for this series before? AND I WILL AGAIN!

Also from Seven Seas: Free Life Fantasy Online: Immortal Princess 2, I Can’t Believe I Slept With You! 3 (the final volume), Miss Kobayashi’s Dragon Maid: Kanna’s Daily Life 10, The Most Notorious “Talker” Runs the World’s Greatest Clan 3, My Next Life as a Villainess Side Story: On the Verge of Doom! 3 (the final volume), My [Repair] Skill Became a Versatile Cheat, So I Think I’ll Open a Weapon Shop 2, Namekawa-san Won’t Take a Licking! 2, and Tamamo-chan’s a Fox! 6 (the final volume).

One Peace Books has the 7th volume of Farming Life in Another World.

Kodansha’s site is currently empty, but retailers tell me they have some print next week. The debut is Go! Go! Loser Ranger! (Sentai Daishikkaku), a Weekly Shonen Magazine title that’s a sentai series, with all the sentai things you’d expect coming with it.

ASH: Those can sometimes be a lot of fun.

SEAN: And for readers who really really hate themselves, there’s Rent-A-Girlfriend Manga Box Set 1, which has Vol. 1-6.

Also in print: Blue Period 10, those two Love and Lies endings that got bumped from 10/26, Orient 11, Sayonara Football 13, The Seven Deadly Sins: Four Knights of the Apocalypse 5, Shaman King Omnibus 11, and Something’s Wrong with Us 11. 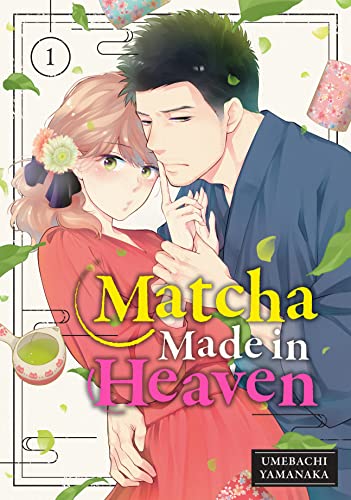 The new digital debut (the only digital release we know about) is Matcha Made in Heaven (Kono Koi, Chaban ni Tsuki!?), a josei series from Be Love. A young woman breaks off her engagement and returns home to her family’s tea farm (hence the pun in the title)… only to find another guy and a little girl living there? And now she’s pretending to be his wife?

MICHELLE: it sounds potentially cute. I could go for some wholesome josei.

ASH: Does this count as a food manga?

SEAN: Also from J-Novel Club: How a Realist Hero Rebuilt the Kingdom 17, Isekai Tensei: Recruited to Another World 2, and Monster Tamer 11.

Ghost Ship has a 4th volume of Might as Well Cheat: I Got Transported to Another World Where I Can Live My Wildest Dreams!.

Dark Horse Comics has the 12th Deluxe Edition of Berserk.

ASH: A copy of that will be coming home with me.

SEAN: And Airship, in print, has The Most Notorious “Talker” Runs the World’s Greatest Clan 3 (yes, the manga and light novel are coming out the same week, just to annoy me), Mushoku Tensei: Jobless Reincarnation 19, and Survival in Another World with My Mistress! 3.

While digitally, we get 7th Time Loop: The Villainess Enjoys a Carefree Life Married to Her Worst Enemy! 2.

Insert joke here! What are you buying?

MICHELLE: Not much, apparently!

ANNA: Gonna save my pennies this week!