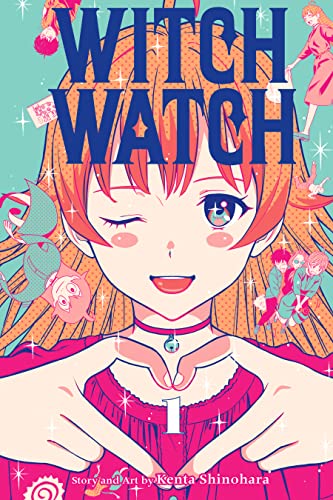 SEAN: I feel I am required to pick Prison Life Is Easy for a Villainess this week, if only as I worry that if I don’t Rachel, the aforementioned villainess, will find out and ruin my life.

KATE: I’m torn this week between From the Red Fog, which is giving me serious Kaori Yuki vibes, and I’m a Wolf and My Boss Is a Sheep!, which sounds like a potentially great set-up for a workplace comedy. (Or a tedious exercise in milking the same joke for laughs over and over again—I can’t decide.) I think I’m in need of laughs more than jump scares right now, so I’ll cast my vote for I’m a Wolf.

MICHELLE: There’s not one title that sings to my hear this week, but WITCH WATCH seems like it could be fun. Though, honestly, it just makes me pine for an English release of Mairimashita! Iruma-kun more than anything.

ASH: While I’m interested in everything that’s been mentioned so far, I’m going to throw in one more manga for consideration. My pick this week goes to Monologue Woven For You as I can’t resist the combination of yuri and theater.

ANNA: There’s not a ton out there that I’m super interested in, but I’m going to go with WITCH WATCH just to support manga featuring witches as a matter of principle.

MJ: Anyone who read this week’s “Manga the Week of” should know there’s only one pick for me. It’s From the Red Fog all the way. I’m so ready.