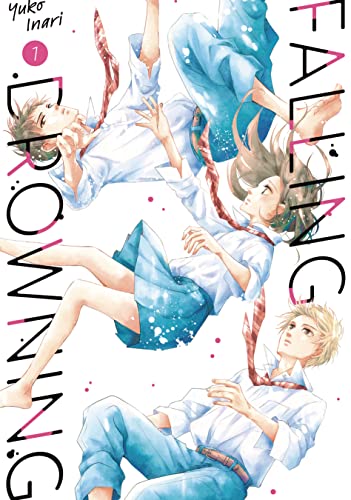 SEAN: Gotta admit, I am most curious this week about what Japan does with Deadpool: Samurai. Given it’s Deadpool, I expect it may be a bit more violent than I’d like, but hey.

MICHELLE: I know shoujo series featuring love triangles are a dime a dozen, but sometimes they’re just appealing, especially when they have a cover as cute as Falling Drowning. I look forward to checking it out.

KATE: After seeing some of the artwork on Twitter, my vote is for Fungus and Iron. Good thing I saw the artwork, too, because Kodansha’s official blurb for this series makes it sound about as interesting as reading someone else’s to do list.

ASH: Fungus and Iron is the debut that I’m most curious about this week, though being a digital release means it’s mostly off my radar. So, my official pick goes Lovesick Ellie since I’ve heard such great things about that series and it’s already made the jump from digital to print.

ANNA: I’m going to go for Lovesick Ellie too, I really enjoyed the first volume.

MJ: I am wildly out of the loop this week, but I’m going to go with Falling Drowning, despite not even having seen the cover, just because I really like the title. Yes, this is where I’m at right now.