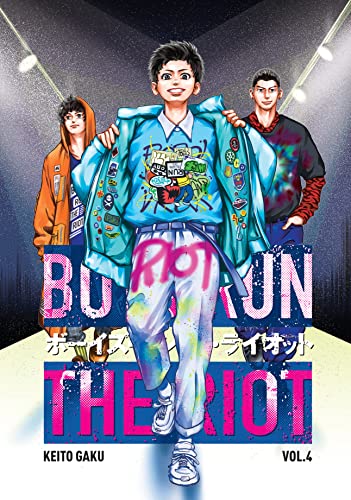 SEAN: I admit I am tempted to pick It’s That Reincarnated-as-a-Virus Story, just for the sheer balls of releasing it at the height of COVID. Instead I’ll pick my old favorite Bottom-Tier Character Tomozaki, whose 7th light novel looks pretty important given the page count is almost twice that of the previous ones.

KATE: If you haven’t read Boys Run the Riot, put it on your list NOW. It’s funny, profane, heartbreaking, and unabashedly queer. One of the things I appreciate most about Riot is its simple but powerful affirmation of a basic human truth: we all rely on clothing to express our identities, even if those identities don’t fall along simple gender binaries. For my money, this was one of the best series of 2021, and I’m sad to see it ending after just four volumes.

ANNA: I’m always up for some josei, and dragons sound like a bonus! The Dragon Knight’s Beloved (Ryukishi no Okiniiri) is the manga I’m most curious about this week.

ASH: As curious as I am about both Lovesick Ellie and The Dragon Knight’s Beloved, and as delighted as I am with what I’ve read of Sweat and Soap, I have to echo Kate this week. Boys Run the Riot has been a terrific series and I don’t see that changing with it’s final volume; I’m so glad that it was licensed.

MELINDA: I will confess that though I have failed to read any volumes of Boys Run the Riot to-date, I really, really WANT to. So perhaps this is my chance! There’s my pick of the week!