SEAN: August! Is there any dog manga?

SEAN: Airship has two print debuts of light novels we’ve talked about before when the early digital came out: The Strange Adventure of a Broke Mercenary 1 and Loner Life in Another World 1.

Airship also has, in print, Didn’t I Say to Make My Abilities Average in the Next Life?! 13, Neon Genesis Evangelion ANIMA 5 (the final volume), and ROLL OVER AND DIE: I Will Fight for an Ordinary Life with My Love and Cursed Sword! 4. 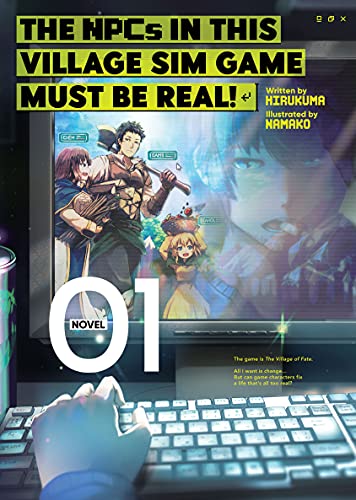 Digital-first, the debut is The NPCs in this Village Sim Game Must Be Real! (Murazukuri Game no NPC ga Namami no Ningen to Shika Omoenai), a light novel about a NEET shut-in who gets a game in the mail featuring NPCs he can control and guide as their “god”. Trouble is, these NPCs feel very, very real. This is from the creator of Reborn as a Vending Machine, I Now Wander the Dungeon, so I’m more intrigued than I normally would be.

Also we have Muscles Are Better Than Magic! 3.

Dark Horse has a 3rd deluxe hardcover version of Blade of the Immortal.

Ghost Ship debuts JK Haru Is a Sex Worker in Another World (JK Haru wa Isekai de Shoufu ni natta), the manga adaptation of the light novel that J-Novel Club released several years ago. A high schoolgirl and her creepy classmate are killed and reincarnated in another world. He’s an adventurer. She’s… not. Despite the description, if this is as good as the light novel, it should be well worth a read. It runs in Shinchosha’s Ufufu, which is quite a magazine title in itself.

J-Novel Club, for light novels, gives us I Shall Survive Using Potions! 7, My Instant Death Ability Is So Overpowered, No One in This Other World Stands a Chance Against Me! 9, and Slayers 9 – the first previously untranslated volume in the series.

On the manga end, we see Black Summoner 3, I Shall Survive Using Potions! 6, The Magic in This Other World Is Too Far Behind! 7, and Marginal Operation 8.

Kodansha has a print debut that may seem a bit familiar: Battle Angel Alita is coming out with a new translation in paperback. This is the original version from 1990. It also sounds very familiar because I wrote this two weeks ago – it got bumped.

Kodansha’s digital debut is I Was Reincarnated as the 7th Prince so I Can Take My Time Perfecting My Magical Ability (Tensei Shitara dai Nana Ouji dattanode, Kimamani Majutsu o Kiwamemasu), a Magazine Pocket about a magic nerd reincarnated as the 7th prince… meaning he has tons of time to do nothing but research magic.

Also digitally, we see Chihayafuru 27, Drifting Dragons 10, My Dearest Self with Malice Aforethought 7, Shangri-La Frontier 3, With the Sheikh in His Harem 4, and Ya Boy Kongming! 3. 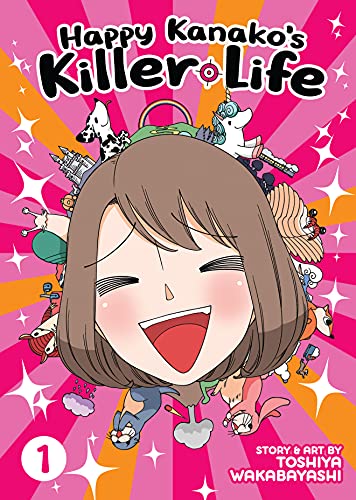 SEAN: Seven Seas has three debuts. Happy Kanako’s Killer Life (Shiawase Kanako no Koroshiya Seikatsu) is a long-anticipated title from pixiv about an OL who accidentally finds she’s become a crack assassin… but what are morals when the pay and alcohol are good? I’ve seen some of this, and it’s hysterically funny.

Lastly, Trapped in a Dating Sim: The World of Otome Games is Tough for Mobs is a manga adaptation of the light novel (which we’ve already seen) which runs in Fujimi Shobo’s Dra-Dra-Sharp#.

Seven Seas also has Bite Maker: The King’s Omega 2, Days of Love at Seagull Villa 3 (a final volume), I Swear I Won’t Bother You Again! 2, Rozi in the Labyrinth 2, and Servamp 15.

Tokyopop has the 3rd volume of Laughing under the Clouds.

That said, the big story is what’s ending this week. We get Demon Slayer: Kimetsu no Yaiba 23, Haikyu!! 45, and The Promised Neverland 20, all of which are the final volume. That said, Haikyu!! already has an After Story in Japan, and Demon Slayer became such a monstrous hit you know we haven’t seen the last of it. As for The Promised Neverland, I think it stands as a good example of why popular titles can sometimes fail if they run too long.

MICHELLE: I’ll finish The Promised Neverland, but of course my heart here belongs to Haikyu!!.

ANNA: There are many Haikyu!! fans in my household.

ANNA: Kaze Hikaru time is the best time of the year! I’m also excited for <Snow White with the Red Hair and of course Yona of the Dawn.

SEAN: Lastly, Yen Press has the 2nd Uncle from Another World.