SEAN: July continues to exist, despite the best efforts of calendar cancellers. What manga do we have?

ASH: A fair bit, it would seem!

SEAN: Airship has digital-first releases for Adachi and Shimamura 6 and Kuma Kuma Kuma Bear 7. In print, they debut Reborn as a Space Mercenary: I Woke Up Piloting the Strongest Starship!, and we also get the 4th volume of The Invincible Shovel. 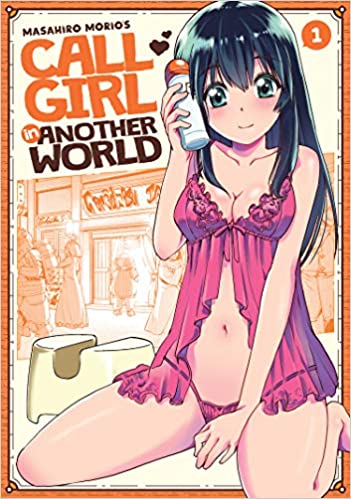 Ghost Ship debuts Call Girl in Another World (Isekai demo Fuuzokujou Yatte Mita). A sex worker who works at a soapland suddenly finds herself in another world! In order to return, well, if you guessed “she has to be a sex worker in this fantasy world”, you’re on the nose. This is NOT the same as JK Haru Is a Sex Worker in Another World, FYI, and I suspect is far more interested in the sex. It runs in Houbunsha’s Comic Trail.

J-Novel Club, first of all, has all the print books I mentioned two weeks ago – they were delayed due to ongoing shipping issues from the Suez Canal blockage earlier in the year.

ASH: It’s been a rather chaotic time for the shipping industry. (And just about every other industry, for that matter.)

SEAN: Digitally, we see Cooking with Wild Game 13, The Master of Ragnarok and Blesser of Einherjar 16, Tearmoon Empire 5, and the 5th volume of The White Cat’s Revenge as Plotted from the Dragon King’s Lap, which I thought was a final volume but there is apparently more coming from Japan. Tearmoon Empire is essential reading for shoujo light novel fans.

Kaiten Books has a lot of new print volumes for series that were previously digital. We get debuts for Gacha Girls Corps, UzaMaid: Our Maid Is Way Too Annoying!, and The Yakuza’s Guide to Babysitting.

They’ve also got the 2nd volume of The Yakuza’s Guide to Babysitting digitally.

Kodansha has a print debut that may seem a bit familiar: Battle Angel Alita is coming out with a new translation in paperback. This is the original version from 1990.

ASH: Interesting. I’d missed that this was going to be a new translation.

SEAN: There’s also more Battle Angel Alita with the 7th volume of Mars Chronicle. And we get L*DK 16, the 14th and final volume of The Quintessential Quintuplets, Rent-a-Girlfriend 7, Sue and Tai-chan 3, To Your Eternity 14, and The Witch and the Beast 6.

ASH: To Your Eternity has my attention. (And probably the attention of even more people now that there’s an anime adaptation.)

MELINDA: Oh, hm. I may have to check it out. 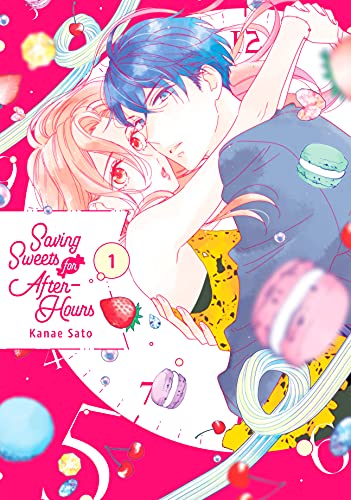 SEAN: Digitally we get Saving Sweets for After-Hours (Sweets wa Teiji no Ato de). It’s from Kodansha’s Palcy, and stars a tall beauty who nevertheless has no romance in her life as men seem to want her to dominate them. Her fortunes change, however, when she meets a co-worker with a secret. This may appeal to Sweat and Soap fans.

Other E-Books: Blue Lock 5, Boss Wife 2, Cells at Work: Platelets! 3, the 4th and final volume of The Honey-blood Beauty & Her Vampire, I Guess I Became the Mother of the Great Demon King’s 10 Children in Another World 4, Kakafukaka 12 (also a final volume), Ran the Peerless Beauty 9, Undead Girl Murder Farce 2, We’re New at This 8, and Will It Be the World or Her? 7.

MICHELLE: I still need to get going on Blue Lock, but huzzah for more Ran the Peerless Beauty!

SEAN: One Peace has The New Gate 6.

Seven Seas has two debuts. The Dangers in My Heart (Boku no Kokoro no Yabai Yatsu) is an award-winning manga from Akita Shoten’s Manga Cross about the romance between a boy who pretends to be an edgy sociopath and the school beauty, who he longs for and who turns out to be a bit strange herself.

SEAN: The other debut is She Professed Herself Pupil of the Wise Man (Kenja no Deshi wo Nanoru Kenja), based on the light novel which Seven Seas has coming out in a month or so. A gamer is transported to the game world he loves… but not as the old, powerful wizard he played! He’s a cute girl instead. Can he get by pretending to be his own student?

We also get The Ancient Magus’ Bride: Jack Flash and the Faerie Case Files 3, Cutie and the Beast 3, and Otaku Elf 2.

Sol Press has Redefining the META at VRMMO Academy 4.

Tokyopop has a new BL one-shot, Chéri, My Destiny! (Cheri, Unmei no Hito!). This is from Kaiousha’s Gush, and is about a candy war that turns into passion. 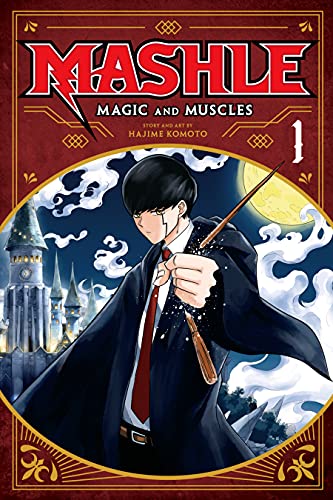 Viz has two debuts. The first is a Jump series, so it’s odd to see it this late in the month. MASHLE: Magic & Muscles is about a world where everyone can use magic… except our hero. So he decides to bulk up instead. This has gotten pretty popular.

The other debut is long-awaited. No. 5, a Taiyo Matsumoto title from 2001 that ran in Shogakukan’s Ikki. Viz was putting it out at the time on their Ikki website, but when the various Ikki series didn’t sell great the site kinda floundered, and this was dropped. It’s back now, in Viz Signature edition. As for the plot, well, it’s Matsumoto doing After The Apocalypse.

ASH: I am so excited to see this being released! I’ve held onto my copies of the two volumes that previously made it into print but won’t hesitate to double-dip.

Yen On has High School DxD 4, the 5th and final volume of Last Round Arthurs, So I’m a Spider, So What? 12, and Unnamed Memory 3.

Yen Press’ debut is The Whole of Humanity Has Gone Yuri Except for Me (Watashi Igai Jinrui Zenin Yuri), a Kadokawa title from Shonen Ace about a “normal” girl who suddenly finds herself in a world where there are only women. Can she find her way back to her own world? And what is “normal” anyway? This is complete in one omnibus.

ASH: I’ve heard good things about Solo Leveling, I should maybe check it out before I get too far behind.

MICHELLE: I’m too inundated with everything I’m far behind on to find anything that appealing, to be honest!