SEAN: Has anyone else run out of time to read things? You’d think I’d be reading MORE in a pandemic, but…

MICHELLE: I have run out of brain to read things.

ANNA: My non-work reading and writing have suffered.

MELINDA: What is time?

SEAN: Airship has the print debut of Failure Frame: I Became the Strongest and Annihilated Everything With Low-Level Spells. Also in print is the second ROLL OVER AND DIE: I Will Fight for an Ordinary Life with My Love and Cursed Sword!, and digital-first gives us the 2nd Trapped in a Dating Sim: The World of Otome Games is Tough for Mobs.

Dark Horse has a 7th Deluxe Hardcover edition of Berserk.

ASH: It’s probably no surprise that I’ll be picking that up. 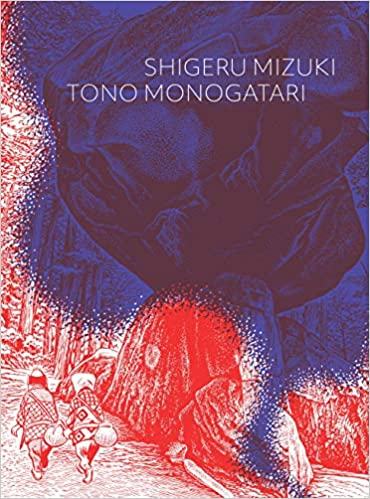 SEAN: Drawn & Quarterly has a biggie: the late Shigeru Mizuki’s adaptation of Tono Monogatari, a famous collection of folklore. It ran in Shogakukan’s Big Comic.

ASH: My recent brief doesn’t truly do it justice, but I love this book.

SEAN: No debuts for J-Novel Club, but a lot of new volumes of beloved series. We see Ascendance of a Bookworm 11, Bibliophile Princess 5, the 2nd manga volume of The Engagement of Marielle Clarac, Girls Kingdom 2, Infinite Dendrogram 14, the 5th manga volume of The Master of Ragnarok & Blesser of Einherjar, and Slayers 6.

SEAN: Kaiten Books has a debut with Welcome to the Outcast’s Restaurant, a manga version of the light novel we’ve seen released here by Tentai Books. A strong adventurer, banished by his party, starts a restaurant, and has to deal with his customers’ varied issues.

ASH: There seems to be a surprising number of these types of restaurants.

MICHELLE: I’ve been waiting for Waiting for Spring‘s finale for ages!

ANNA: I have the first volume and I still haven’t read it!

ASH: I’ve liked what I’ve read of Waiting for Spring so far, but Saint Young Men has most of my attention from this batch.

SEAN: For digital, the debut is Shaman King: Marcos, which runs in Shonen Magazine Edge, and is MORE SHAMAN KING.

Also digital: A Couple of Cuckoos 3, Ace of the Diamond 31, Peach Boy Riverside 5, Saint Young Men 10, Seven Shakespeares 15, and We Must Never Fall in Love 7.

MICHELLE: A baseball binge is in store for me! 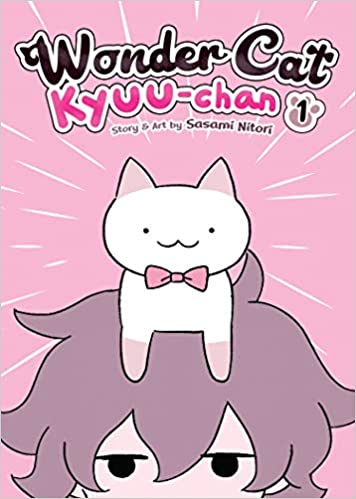 The other debut is Wonder Cat Kyuu-chan (Fushigi Neko no Kyuu-chan), a 4-koma about an office worker who finds an abandoned cat that proves to be… a wonder cat! This looks very cute.

ANNA: That does sound cute.

SEAN: Also from Seven Seas: Akashic Records of Bastard Magical Instructor 11, Arifureta: From Commonplace to World’s Strongest 6 (manga), Arpeggio of Blue Steel 17, Peter Grill and the Philosopher’s Time 4, The Ideal Sponger Life 8 (manga), The Saint’s Magic Power Is Omnipotent 2 (manga), and We Swore to Meet in the Next Life and That’s When Things Got Weird! 2.

SuBLime gives us Caste Heaven 5 and the 2nd and final volume of Toritan – Birds of a Feather.

MICHELLE: I need to check out Toritan. Caste Heaven was not for me.

ASH: I haven’t tried Caste Heaven yet, but I really liked the first volume of Toritan. I didn’t realize it was only two volumes long.

SEAN: Tokyopop has Katakoi Lamp, a BL title from Rutile. A young man working at a coffee shop falls for a customer, but can he work up the courage to confess?

They also have the 2nd volume of Ossan Idol!.

Vertical has a 9th volume of Flying Witch and a 3rd With a Dog AND a Cat, Every Day is Fun.

Viz has Tokyo Fashion: A Comic Book, an illustrated guide to building your wardrobe and looking good.

ASH: Oh, that could be interesting!

SEAN: We also have Fly Me to the Moon 4, The Legend of Zelda: Twilight Princess 8, RIN-NE 38, and Splatoon: Squid Kids Comedy Show 3.

Yen On has a debut, with The Executioner and Her Way of Life (Shokei Shoujo no Ikirumichi), about a woman whose job it is to STOP isekai protagonists – they keep bringing chaos whenever they arrive! Unfortunately, the girl she meets may be more than she can handle. Nice seeing more yuri light novels.

ASH: That is kind of a delightful and cathartic twist to the isekai deluge. And it’s yuri, too? I may have to check it out!

SEAN: Yen On also has Combatants Will Be Dispatched! 5. 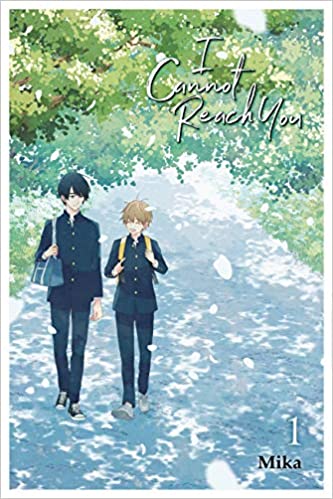 Three debuts from Yen Press. I Cannot Reach You (Kimi ni wa Todokanai) is a BL series from Media Factory’s Gene Pixiv, and is a childhood friend romance sort of story. It looks sweet.

SEAN: SEAN: Play It Cool, Guys (Cool Doji Danshi) runs in Square Enix’s Gangan Pixiv, and features a bunch of cool guys who are secretly… awkward dorks! This seems more on the funny side.

ASH: Could be fun!

ASH: It really does, in the best sort of way.

What series are you falling more and more behind on?

MICHELLE: ALL OF THEM.

ANNA: SO MANY SERIES!

MELINDA: I REPEAT, WHAT IS TIME?