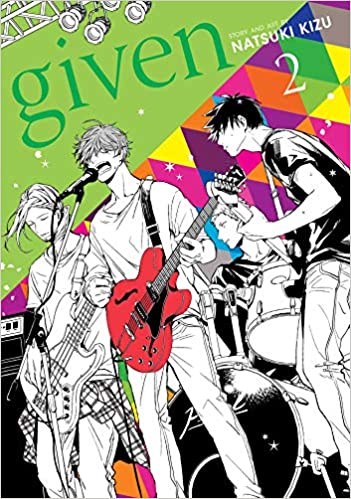 SEAN: There’s a few titles that interest me but not much that screams “pick of the week”, so I’ll go withWandering Witch, a series so interesting I’m double dipping on the LN and manga, something I don’t usually do.

MICHELLE: There’s a fair amount coming out that appeals to me, but I’m most eager to continue the story of Given. I only watched the first few episodes of the anime so soon the manga will be in new territory.

KATE: I’d completely forgotten about Rin-Ne, but the recent announcement of an InuYasha sequel made me feel like it was 2008 all over again, so why not? Even a B minus effort from Rumiko Takahashi is still 100% better than most of what’s licensed for the English-language market.

MICHELLE: With RIN-NE having recently concluded in Japan, I do find myself wanting to dip back into it to see how it ends.

ASH: I actually haven’t read any of RIN-NE yet! (I probably should.) But I did read and greatly enjoy the first volume of Given, so I’ll be making that my official pick of the week. Although debut-wise, I’m probably most curious to read Sarazanmai: Reo and Mabu.

MELINDA: I’m behind on everything, and I still haven’t read the first volume of Given. But it seems inevitable that I’d love it, so I’ll make the second volume my pick this week. then it’s up to me to catch up!

ANNA: I’m joining in with the love for Given, I thought that the first volume was adorable.