SEAN: Are you ready for another big list of things? Of course you are, that’s why we’re here. Will it be accurate or will books get delayed at the last minute? Again?

We’ll try this again: Dark Horse has the 3rd Emanon. They also have the 4th Gantz omnibus.

ASH: I still need to read the second volume of Emanon, but I really liked the first. 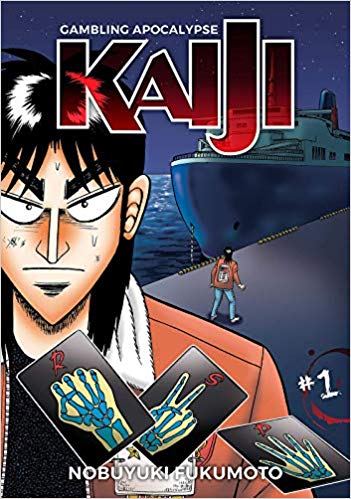 SEAN: Denpa Books debuts (no, really, it’s finally here, I saw it at Anime NYC) Gambling Apocalypse Kaiji (Tobaku Mokushiroku Kaiji). This classic title is being offered as a gorgeous omnibus which will literally cut your fingers on the chin of the main character. OK< not really. But it does look great. It ran in Young Magazine, and is filled with smart people making bad choices.

MICHELLE: The Amazon blurb promises “a world of debt, debauchery, and delusion,” which is somewhat intriguing, if not uplifting.

ANNA: It does sound intriguing.

ASH: I am very excited to get my hands on this! (I actually saw it last week at a bookstore in the wild; I should have just picked it up then.)

MELINDA: I mean “smart people making bad choices” is really all the hook I need.

J-Novel Club has the 2nd manga volume of The Master of Ragnarok and Blesser of Einherjar.

But, more importantly, they have the 2nd volume of Sexiled: My Sexist Party Leader Kicked Me Out, So I Teamed Up With a Mythical Sorceress!. Come read more of the light novel that took the internet by storm.

ASH: I’m thrilled that it was recently announced that this series will eventually be released in print, too, which means I’ll actually read it!

SEAN: Kodansha has, last I checked, print volumes of Boarding School Juliet 9, Eden’s Zero 5, Granblue Fantasy 2, Kiss Me at the Stroke of Midnight 10, Missions of Love 19, and Yuri Is My Job! 5. Missions of Love is a final volume. I’ll miss its soap operaness.

ASH: I’ve fallen behind with Missions of Love, but it really is a marvelously melodramatic series.

SEAN: Digitally the debut is Ex-Enthusiasts: Motokare Mania, a josei title from Kiss about a girl obsessed with her ex-boyfriend. Seems on the comedy side.

MICHELLE: So much digital josei these days!

One Peace has a 12th manga volume of The Rising of the Shield Hero.

Seven Seas has a double dose of Arifureta. The 7th novel comes out in print, and we also get Arifureta: I Love Isekai!, the gag comic spinoff.

There’s also Dragon Quest Monsters + 5, the print version of How a Realist Hero Rebuilt the Kingdom 5, The Ideal Sponger Life 4, and Plus-Sized Elf 4. 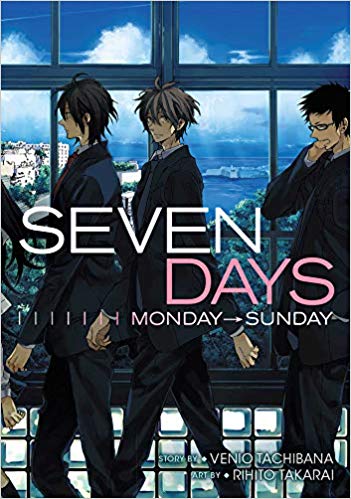 SuBLime has Seven Days: Monday-Sunday, an omnibus re-release of the title DMP put out ages ago. It ran in Craft magazine, which is not about knitwear.

MICHELLE: I remember Melinda really loved this one but I didn’t get around to reading it. I will seize this chance!

ANNA: Aww, I was really hoping for knitwear manga.

ASH: I can think of at least one knitting manga off the top of my head that I would loved to see licensed someday. In the meantime, I’m very happy that Seven Days was rescued and is being brought back into print!

MELINDA: I was SO excited to note that this was coming out again! I loved it back in its DMP days and I’m not sure I ever got to read its second volume, so this omnibus release is very much welcome!

Vertical gives us a 2nd volume of The Golden Sheep, which reminds me I have been avoiding the first volume and its no doubt incredibly melancholy realism.

MICHELLE: I liked it, for what it’s worth. There’s hope at the end of it.

ANNA: This reminds me that I bought and have not read the first volume.

SEAN: Viz gives us some comedy with Komi Can’t Communicate 4 and Sleepy Princess in the Demon Castle 10.

Lastly, Yen On has a 5th WorldEnd light novel, which is the final volume, though there are short story collections and a sequel series. In addition, Yen Press has the 9th volume of the 3rd Re: Zero arc.

Assuming no release dates change at the last minute, what are you getting next week?