Bad news manga fans. Eiichiro Oda was hospitalized about two weeks ago, and because of production schedules that means that for this week and the next we won’t be getting any new One Piece chapters. Fortunately because Shueisha gave a definitive target date for the next chapter we can assume this means Oda-sensei has recovered and will be ready to go. It really goes to show that in a statement he apologizes for not having the next chapter ready. When we read manga we need to remember that these creators work very hard. If you haven’t purchased a Weekly Shonen Jump subscription from Viz then you really should consider to do so. These creators put their health at risk to give us the manga we love. They deserve our support and the best support is financial support. We can’t really call ourselves manga fans if we aren’t willing to go that far.

Naruto Ch. 631
This was a very confusing chapter for me. On the one hand I was expecting to hate the inevitable Team Seven reunion. Instead I’m just ambivalent. I think I’ve used up my anger in other areas of my life, and can’t gather up any kind of reaction here. I guess that’s the worst thing I can say about any manga. After many years of raw emotional reactions the worst thing a manga can do is leave me with nothing to say. I mean, this is a big, big moment for the manga. There should have been some emotional impact. But there was nothing. Except confusion and bemusement. I mean…really? That’s what we’re doing with Sasuke? 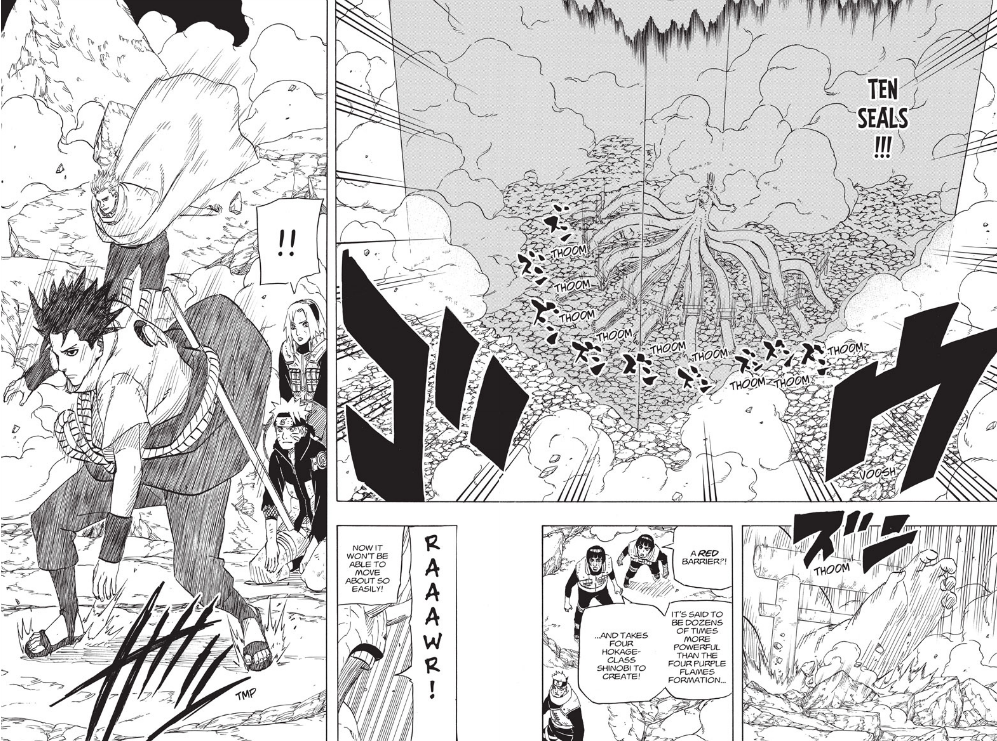 I did appreciate that Sakura has actually been brought back into the story. Though I can imagine shippers aren’t appreciating the conflicting messages. For a while it seemed like Hinata was in the lead for Naruto’s affection, but now we find out Naruto apparently has been assuming Sakura is kind of his girlfriend. Would have been nice to actually have heard of this earlier. I think that’s where most of the Naruto hate comes from. Kishimoto brings up ideas and plot threads and then ignores them when it’s convenient. It makes it impossible to make predictions. But not in a good way. It’s like being asked to solve an exam when half of the questions have been cut out. And then the first halves get taken away and replaced with the second halves. It’s infuriating.

Oh hey, Naruto got a reaction out of me after all.

One-Punch Man Ch. 017.2
Not much to say this week, since it’s the second half of a complete chapter. One-Punch Man tends to be a bit hit and miss. Except rather than being good one week and bad the next, it’s good one week and amazing the next. Which really puts everything into perspective. I can’t really complain when I don’t have an opinion one week because it was, “just good.”

Bleach Ch. 538
I know there’s a lot of Bleach hate out there right now, and has been for quite a few years. I think by this point Bleach has disappointed me about as much as it possibly could. And unlike Naruto it isn’t constantly sending conflicting messages. So I have my hopes for the series, but since my expectations are very low I can be pleasantly surprised when some chapters are not completely horrid. This chapter was interesting enough for allowing us to see many different characters. But it didn’t have one single drive. It’s difficult because Bleach has so little content per chapter that skipping around is a risky business. It takes a mostly uneventful chapter and spreads that across many different scenes. This time it worked pretty well. The small snippets we got were good enough. I particularly enjoyed Mashiro’s scene, and Komamura’s scene raises some interesting questions. Maybe now we’ll find out what exactly the deal with him is. 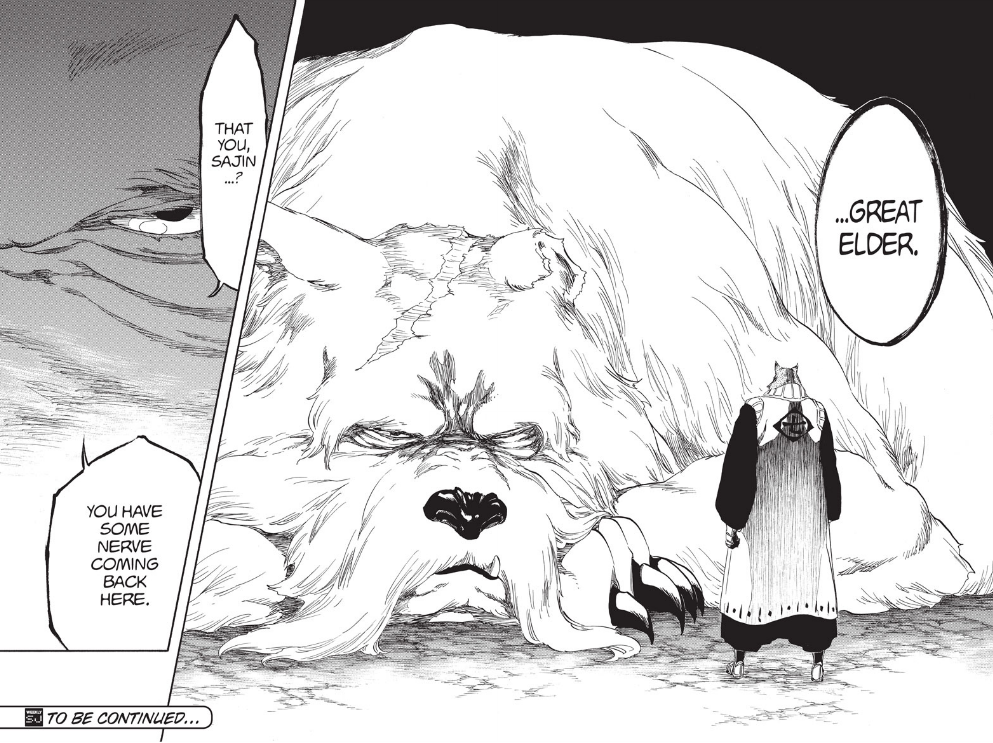 Cross Manage Ch. 034
I really, really like this manga. While a lot of the information about Lacrosse we learn this chapter feels like it should have come earlier in the series, somehow it works for me that the focus for the first several chapters was on the characters. I hope after this we can get back to the other characters, but for now if this is the end for this manga I think I’ll be satisfied. But, because we can’t know if the manga will continue I really can’t predict what will happen. There are many reasons for them losing this game, and many for them winning, depending on whether the manga gets cancelled or lives on. Somehow this tension makes Cross Manage an incredibly exciting manga to read. I hope it continues, and think that the quality has improved enough that it should survive the next round of cuts as well.

Toriko Ch. 234
I really couldn’t remember what happened this chapter. I had to reread it to remind myself. I may love Toriko, but I won’t put it on a pedestal it doesn’t deserve to be on. I still love the series, but this really wasn’t a very impressive chapter in the long run. Which is a shame, since this arc has been amazing. It’s a bad sign that the quality seems to drop the moment the focus is back on the main character. I might need to think about this trend a bit more. Hopefully next week will start picking up again. 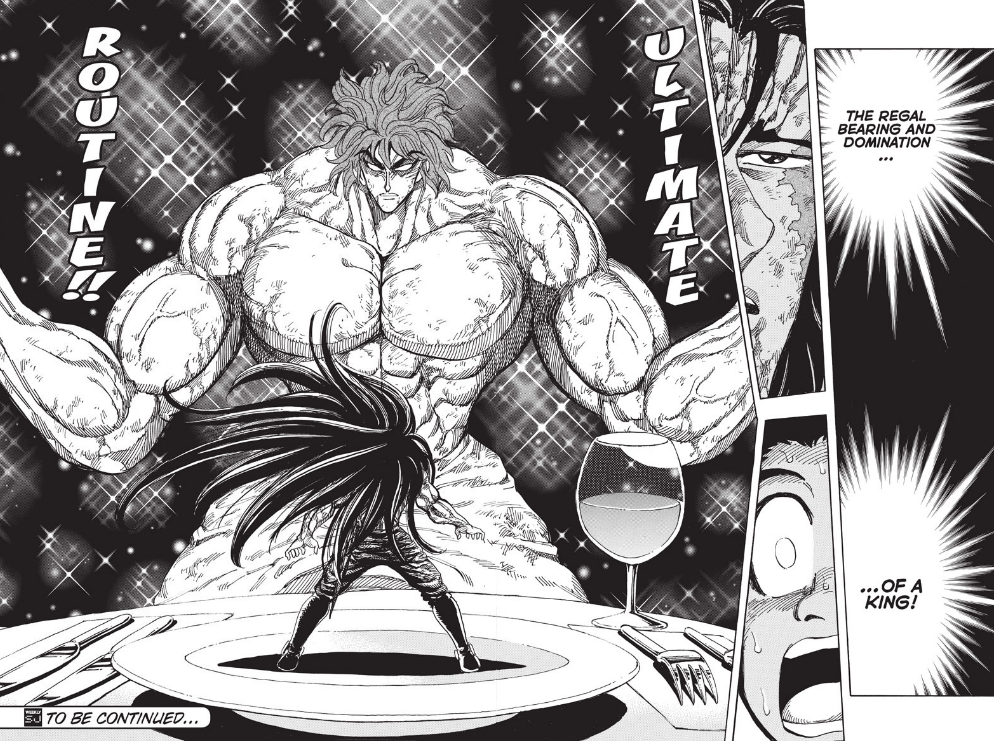 World Trigger Ch. 015
Maybe Toriko was a bit weak this week, but at least it isn’t World Trigger. Series like World Trigger give me hope for Cross Manage. It may be unfair to cut a new series short so early on. But I can’t believe in any kind of fairness in this world if Cross Manage ends before a series as boring as World Trigger. It’s been fifteen chapters, and we have no idea what the point of this series is. Maybe having your character shout, “I’M GOING TO BE KING OF THE PIRATES!” is a bit simplistic. But at least with that we know where we stand. Here we know nothing besides the basic premise.

Okay, so there’s a war. How do we stop the war? Yuma is being hunted by Border. Is this something we should be worried about? What are the characters going to do about it? Are they going to need to protect him? Why is he in the human world in the first place? Is he there for craps and giggles? Is her running from something? Why is he the main character? Someone, please tell me! World Trigger doesn’t have a plot, it has events—unconnected events that have no driving force. Why? I’m not sure, but if I had to point my finger at the culprit, it would be the idea that shounen manga is too childish. I get the sneaking feeling that there might be some manga artists trying to make it more “mature”. And the best way to do that is to get rid of the most simplistic elements. Unfortunately that leaves us with nothing but a meandering mess of a series. Simplistic shounen writing traditions may be, but there is an elegance in their simplicity. And their willingness to actually answer my questions.

Nisekoi Ch. 075
I will always appreciate Nisekoi‘s willingness to complicate the plot. It can take the tropes of the romantic comedy drama and play with them in ways that are satisfying and sometimes unexpected. It raises questions that very clearly will be answered later. It may not answer the questions right when we want it, but at least it lets us know we will eventually get there. As far as this chapter is concerned I fully expected the new girl to be a new romantic interest. What I got instead was so much better. She might still be a romantic interest, but I hope we skip that trope.

Dragon Ball Z Ch. 016
I never really got how bad King Kai’s jokes were. I read this series in French the first time I read it. But it took the English version to show me how not funny this guy is. And it’s not a, “Oh haha look how not funny he is, that’s funny!” It’s more, “Uh…he’s not funny…and that isn’t funny.” I feel like Goku must have felt during that scene. But just imagine, what if he’d refused to train Goku in martial arts and instead insisted he become a comedian. What a different series this would have been. 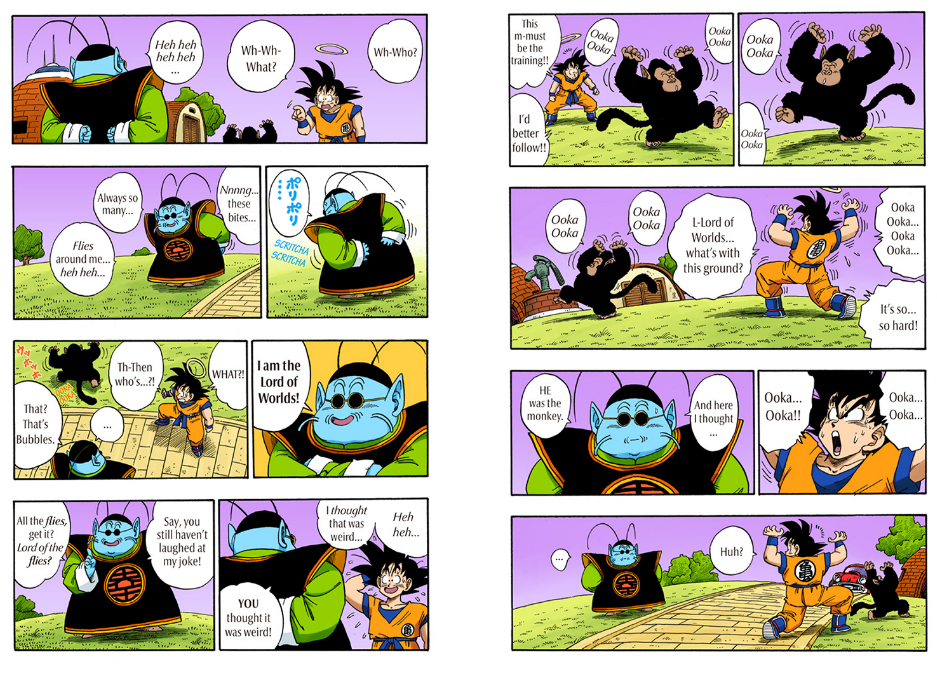 Overall I think this week was very, “meh”. Nothing overtly terrible, nothing incredibly wonderful. We had some good chapters, we had some dull chapters. We had a couple really good ones. But nothing unexpected. Let me know what you thought of this week in the comments.

If you want to hear more, check out the Manga^3 Podcast Archives. Or go directly to last week’s episode, http://burninglizardstudios.blogspot.com/p/manga3-archives.html