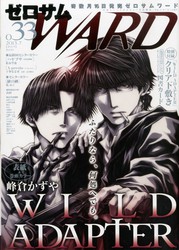 Dreams do come true, my friends—at least for fans of Kazuya Minekura’s Wild Adapter, which has been on hiatus since 2009 due to its creator’s health problems and rumored conflicts with the series’ original publisher, Tokuma Shoten.

It’s no secret that we’re big fans here at Manga Bookshelf, and we’ve been following the news of this series’ possible resurrection since its move to Ichijisha in 2011. Back in August of last year, it was announced that new chapters would begin appearing sometime this spring, and ANN has now reported that the relaunch has begun!

Fans on Twitter have questioned whether the series still has a large enough fanbase to successfully continue, and all we can say here is… DAMN, we hope so.

For more on why we feel that way, check out our Wild Adapter MMF archive, and these posts in particular:

What say you, readers? Any Wild Adapter fans still out there? Stand up and be counted!