Though Twitter tends to be the social media platform of choice for manga bloggers and other industry folks, manga fans can be found all over, sharing their love of the medium in a multitude of ways. While text-heavy communities like LiveJournal (and its many clones) provide the best tools for sharing things like fanfiction and thinky meta essays, manga’s visual nature lends itself especially well to image-friendly platforms like Tumblr and Pinterest.

Sharing scanned images of manga online is a controversial pastime for sure, as huge “scanlation” aggregators invite intense scrutiny from the industry—both here and in Japan—and there is no doubt that the climate on this issue is tense. Manga Bookshelf bloggers have occasionally weighed in on the subject (and I, for one, have little interest in pursuing the argument further). But what discussion of scans generally does not include, is the sharing of isolated images—something we indulge in here at Manga Bookshelf as well. After all, who can deny the power of a single, glorious image, and the pure, fannish joy to be gleaned from same?

For those with an interest in sharing fannish manga joy on a regular basis, here are some suggestions to start! 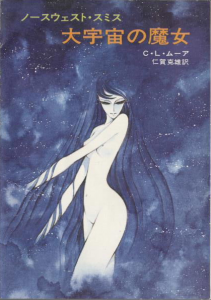 Browsing through the manga tag on Tumblr will provide enough images for a lifetime, but my own tastes lead me to a few particular favorites.

For fans of classic manga (and especially classic shoujo and josei) Tumblr is the place to be, with blogs like Feh Yes Vintage Manga and Classic Shoujo offering up scrumptious goodness daily.

Fans of the five-woman creative powerhouse CLAMP can get their fill at House of CLAMP and Hell Yeah CLAMP. Or for a bit more variety in medium, Unknownusername.

And back to classic manga, Osamu Tezuka’s panels is not to be missed!