In the mold of Kate and David’s recent co-review of Salvatore, Kate takes the lead along with David and MJ, in a collaborative look at Tezuka’s Black Jack. 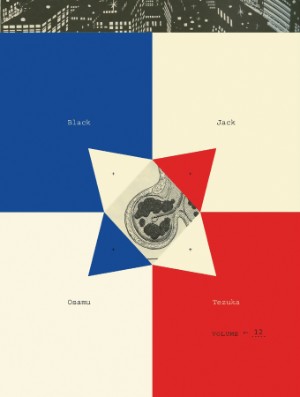 KATE: One of the things that strikes me most about Black Jack is its consistency: every volume has one or two dud stories, but on the whole, the series is uniformly good, even when Tezuka is essentially repeating himself with a theme-and-variation on an earlier plot. If you were going to point to one story in volumes twelve or thirteen as an example of what Tezuka does best, what would it be and why?

DAVID: While I agree that it’s a consistently entertaining series, I do have a clear favorite from these two volumes. It’s “A Night in a Cottage” from the 13th volume. Black Jack is out driving on a lonesome road at night, and he meets a very pregnant woman who’s harboring a great deal of emotional pain. There are some great twists in this story, which I won’t spoil, but what I like best about it is how Tezuka constructs things so that Black Jack’s mythology is stripped away. The woman knows nothing about Black Jack’s notoriety, so he can abandon some of his public posture, and readers can see what parts of his personality endure when he isn’t playing for an audience. It’s really written well, and it’s kind of a gift for fans of the character.

MJ: I don’t know if I can say that this story is what Tezuka does best, because it feels a little atypical for the series, but I’d say my favorite here is “The Pirate’s Arm.” It’s the story of a student gymnast whose arm develops gangrene. Black Jack must amputate the arm, but he replaces it with a prosthetic that appears to have the ability to talk. Frequently, the series’ more heartwarming stories aren’t necessarily its best, but this one really works for me. It’s surprisingly subtle, with a real payoff in the end.

DAVID: I liked that one a lot, partly because I could imagine it providing inspiration to future mangaka. 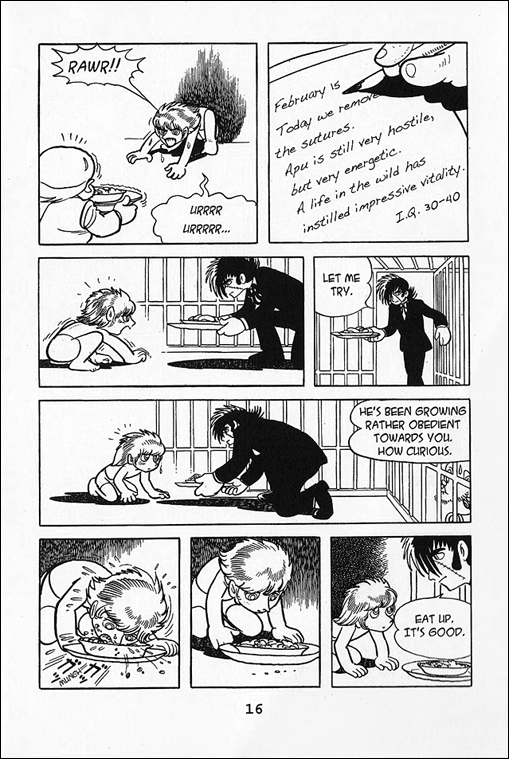 KATE: Both of those stories were on my short list, too, though my favorite was “Wildcat Boy,” from volume 12. It’s no secret that Tezuka loved the movies, and “Wildcat” is a thoughtful tribute to two cinema legends: Francois Truffaut and Satyajit Ray. As one might guess from the title, the story features a patient who was raised by ocelots — at least, that’s what I think they are — and views human beings with suspicion. You don’t need to know anything about “The Wild Child” or “The World of Apu,” however, to appreciate the story, as it’s a compelling, if slightly ham-fisted, meditation on that age-old question: is civilization really man’s natural state? Like many “Black Jack” stories, the final twist reveals Jack to be wiser and more attuned to the natural world than his money-grubbing might suggest.

So far, we’ve focused on specific stories we liked. Were there any stories in volumes 12 or 13 that you felt didn’t work? If so, why?

MJ: I really liked that story too, Kate. And if it’s ham-fisted, I think it might be necessarily so. Though I think we three tend to appreciate subtlety a great deal, I suspect Tezuka knew his readers well.

As for stories that don’t work well here, the first that jumps to mind for me is “A Challenge of the Third Kind,” in which Black Jack is summoned to operate on an alien. While the concept is not so far out of line with the leaps of logic the series establishes as standard, there’s a line crossed here somewhere that strains that standard to the point of exasperation. Even as a gag manga, I had difficulty enjoying that story, and I’m a pretty generous reader when it comes to this kind of fantasy.

DAVID: As for low points in these two volumes, I’d pick “Looking Good” from volume 12. For me, a good Black Jack story must include one of these three things: sufficiently gruesome medical content; an emotionally compelling patient; or creepy Pinoko antics. “Looking Good” had none of these things, and, beyond that, it didn’t really have much in the way of internal logic.

It’s about a thug who’s running a protection racket on local school festivals, which is potentially hilarious, whether you like school festivals in manga or not. (I’m very much in the pro-festival camp, though that doesn’t mean I don’t relish them when they go very wrong.) It seems like the story never quite came together on basic terms, nor did it live up to its goofy potential.

KATE: I’m with MJ: I find Tezuka’s forays into science fiction and the supernatural kind of clumsy. I can believe that Black Jack would operate on himself in the Australian outback or perform a full-body skin graft because both acts are proof of his surgical mojo. But when it involves aliens or ghosts? Too gimmicky for me; those stories suggest a “very special Halloween edition of House, MD” or a Scooby Doo episode. (Just add meddling kids and stir!)

“The Cursed Operation,” which appears in volume 13, is a good example of what I mean. After a mummy arrives at a hospital for x-rays, strange things start to happen. Jack scoffs at the doctors and nurses who refuse to carry out their duties, declaring his intent to clear the hospital’s surgical backlog by operating on several patients at once. Strike one: the spooky happenings are neither scary nor funny. Strike two: Tezuka has already used the “operating on a bunch of people at once” plot in earlier volumes. Strike three: Tezuka tries to freshen up the “operating on a bunch of people at once” plot by including the ancient mummy as a patient. As a result, the story feels perfunctory; it’s the kind of story that Tezuka could produce on autopilot, and it shows; there’s nothing remotely surprising or interesting about the outcome.

Shifting gears a bit, I wanted to ask you about the art. Do you have a favorite scene or character from volumes 12 and 13? What makes it work for you?

DAVID: I was very taken with “Death of an Actress” in volume 13. The character design is delightful, and I always love Tezuka’s way of rendering a beautiful woman. I enjoy that because that beauty is very much in Tezuka’s unique style. If you held these beauties up against more conventional renderings of that kind of woman, they wouldn’t stand a chance, but within this context, it conveys. I also love the Hollywood glamor of the story, the fading glory, and the cruel, showbiz cynicism that comes across very efficiently. It’s not the flashiest piece in either volume, but I thought the drawings worked really well with the content. 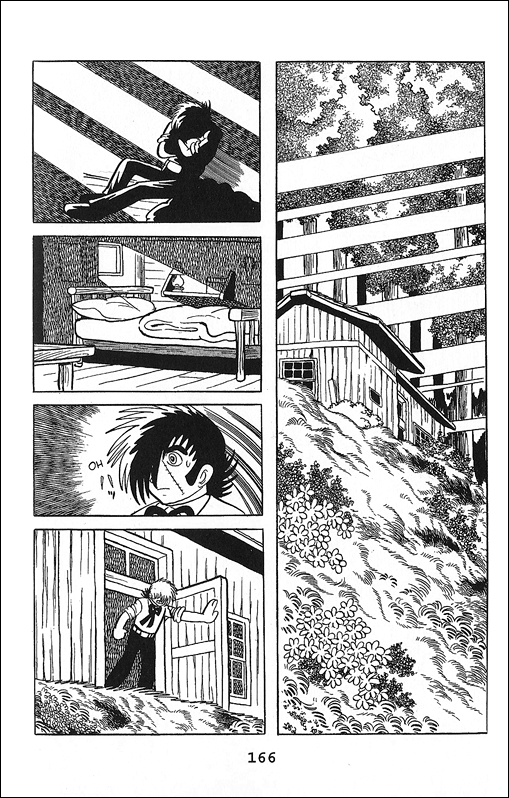 MJ: David, I agree very much with what you say here about the way Tezuka draws a beautiful woman. I think I have a special fondness for his rendering, maybe because it’s unconventional.

That said, I do have a favorite scene of my own. It’s from the story you mention earlier, David, “Night Cottage.” There’s a wordless page near the end, when Black Jack is waking up in the cottage that is just so expressive. The morning sun pushing through the trees, Black Jack’s moment of panic when he realizes his companion is gone–I think it’s a beautifully crafted scene. Also, I especially enjoy the character of Black Jack when he’s *not* in control, so this brief, silent moment is one I like a great deal.

KATE: For me, it’s all about the character designs. Tezuka is often accused of being too “cartoony” (whatever that means), but in Black Jack, his flair for physical exaggeration works exceptionally well. Tezuka is able to pack a tremendous amount of information into his character designs, which allows him to jump into each story with a minimum of exposition. Going back to “Wildcat Boy,” for example, we almost don’t need to be told that Apu has been raised by wild animals; it’s evident in the way Tezuka draws Apu’s hands, which look more like claws than fingers, and Apu’s teeth, which are sharp and pointed. Even as Black Jack attempts to “civilize” Apu, the boy never loses his feral appearance; in a nice touch, he arches his back and hisses.

MJ: I think it’s true that Tezuka’s style is “cartoony,” but I also don’t think of that as a negative. The ability to evoke a fully-realized character using broad strokes is part of his genius, as far as I’m concerned. It’s depressing to me that this something people cite as a problem with his work.

DAVID: Speaking of character design, I’m compelled to mention something I always mention when I write about this series: Pinoko. I love her. She’s so creepy and sad, yet strangely cute. If I had to vote for my favorite kid sidekick of all time, she’d win by a mile, because she’s so very, very wrong on so many levels. 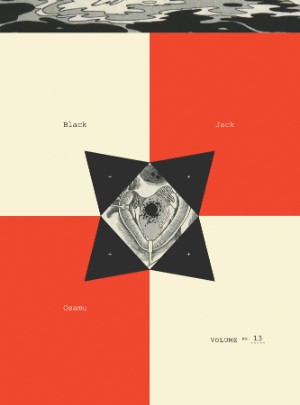 MJ: Oh, I so agree, David. I think we’re reminded of that especially here in “Teratoid Cystoma, Part 2,” in which Black Jack is asked to operate on a cystoma similar (but not quite similar enough) to Pinoko in her original form. I’m struck here by how much she’s treated like a child, and maybe even how much she acts like one, in a story that serves as such a clear reminder of her origins.

KATE: Even though I’m firmly in the anti-Pinoko camp, I also found “Teratoid Cystoma, Part 2” quite moving. Pinoko’s desire to have a friend (or “brother,” as she says) who shares the same history is surprisingly touching; it underscores just how unnatural and isolating her situation is, and how misunderstood she feels. Jack’s reaction, too, is oddly affecting; though he balks at playing Pinoko’s father, his desire to protect her from disappointment is evident in the delicate (and somewhat deceptive) way he tries to manage her expectations about the operation.

So what I guess I’m saying is that “Teratoid Cystoma, Part 2” might be on my short list of great Black Jack stories, even though I’m not a Pinoko fan.

And is it just me, or does Pinoko sound oddly like Sean Connery in the English translation?

DAVID: I can honestly say I’ve never made the Connery connection.

KATE: Itsssh those schlurry “ess” sounds that irresistibly reminds me of Connery.

MJ: I can definitely see the Connery connection, though I think in my head she’s a bit more… Cindy Brady. Probably Connery is preferable. :D

DAVID: I’m entirely behind the Cindy Brady comparison. They both seem to not be quite human and make me uneasy.

KATE: As our heated debate over Pinoko suggests, Black Jack really belongs to the world of pop culture more than many of Tezuka’s other mature works. There’s a pulpy, operatic quality to the stories in Black Jack that reminds me of my favorite television shows, and I get the feeling that’s exactly what Tezuka intended. I love his more self-consciously literary works, too, but Black Jack is probably his most entertaining series, and the easiest to recommend to civilians and continuity freaks, as anyone — and I mean anyone — could pick up either volume 12 or 13, read a story, and get the gist of the series.