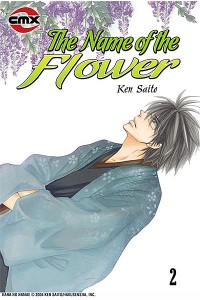 The real drama begins when Chouko graduates from high school. Though Kei harbors feelings for Chouko, he worries about the gap in age and experience that separates them — he’s thirty, she’s eighteen — reluctantly acknowledging that it would be selfish to deny her a chance at independence. Despite Kei’s gruff prodding, however, Chouko can’t quite strike out on her own; her profound fear of abandonment keeps her tethered to Kei, even though she attends college and cultivates a small but supportive circle of friends. In short, the two are locked in a complicated, co-dependent relationship that’s about as healthy as Jane Eyre and Edward Rochester’s, though less sensational. (Kei doesn’t have a mad wife stashed in a remote corner of the house or a failed relationship with a French dancer in his past.) Only the intervention of other people — Akiyama, Kei’s sole friend, and Yousuke, Chouko’s classmate and not-so-secret admirer — prevents Kei and Chouko from sinking into a destructive cycle of clinging to and withdrawing from one another.

Throughout the series, Ken Saito walks a fine line between romanticizing Kei and Chouko’s relationship and recognizing its less savory aspects, generally erring on the side of sympathetic frankness. The series’ ending may be predictable, but the feelings it evokes in the reader are not, as we’re left to wonder whether Kei and Chouko can finally let go of their tragic pasts to embrace the present. At the same time, however, the story’s lighter moments — especially some wonderful comic business with Chouko’s friends, a group of hyper-verbal bibliophiles — suggest that Chouko, at least, is capable of feeling great joy and connecting with other people, a suggestion borne out by her relationship with the salty neighborhood septuagenarians, who stop by to trade gardening tips and upbraid Kei for his reclusive, sullen behavior.

Saito’s artwork is simple but lovely. Though her figures and faces aren’t especially distinctive, each of the principle characters’ appearance has been given careful consideration. Aspiring author Yousuke, for example, plays his part to the hilt, sporting a jacket with elbow patches and a tousled mop, while Chouko’s numerous experiments with hairstyles reveal a young woman just beginning to discover her own beauty. (I vacillated between ascribing Kei’s fondness for traditional garb to the author’s theory of the character and her desire to draw handsome men in period costume.) As one would imagine from a manga with the word “flower” in the title, floral imagery plays an important role in illustrating the characters’ inner lives, both in a conventional sense (e.g. faces superimposed atop images of roses) and in a more subtle fashion as well, with the plants’ own natural cycle of growth, death, and rebirth serving as a visual metaphor for the ebb and flow of Kei and Chouko’s relationship. Saito reserves her most detailed panels for Chouko’s garden, however, showing us not only what she planted, but also the physical space itself, from the trellises and vines to the rock formations — a gentle reminder that planting and tending flowers played a key role in Chouko’s emotional rehabilitation, just as it did for Mary Lennox in Burnett’s The Secret Garden.

At four volumes, The Name of the Flower is just the right length for the story that Saito wants to tell, allowing her enough space to explore Kei and Chouko’s relationship without resorting to false drama to delay its resolution. The prevailing mood is wistful and, at times, dark, but never melodramatic; Saito’s restraint is key to preventing The Name of the Flower from devolving into tawdry theatrics. It’s a surprisingly thoughtful character study that proves that shojo can be just as grown-up and sophisticated as its big sister josei. Highly recommended.