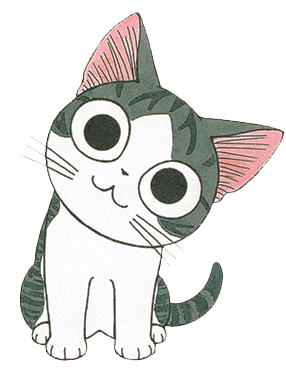 Good morning! First of all, a reminder not to miss today’s installment of Manhwa Monday! Secondly, since Google Reader greeted me this morning with several wonderful gems, I thought it would be a crime not to pass them along to you!

Reverse Thieves offer up an interview with Ed Chavez, head of marketing for Vertical, Inc. and all-around manga expert. Ed discusses his background, his thoughts on manga, and goes into quite a bit of detail regarding Vertical’s highly anticipated (at least by me) 2010 manga releases, including Twin Spica, Peepo Choo, 7 Billion Needles, and the endlessly adorable Chi’s Sweet Home (insert happy sigh). The interview is long, but it’s a great read, so I recommend going in for the long haul.

Over at the newly-renamed Manga Curmudgeon, David Welsh writes the most delightful review of Yen Press’ Time and Again ever, in which he compares JiUn Yun’s ghost story manhwa to a Barbara Stanwyck character, “…sexy, funny, moving and often ruthless.” If you like this series (and even if you don’t) you absolutely must check out David’s review.

At Comics 212, Christopher Butcher continues his series, “Manga Milestones 2000-2009: 10 Manga That Changed Comics” with number seven, Antique Bakery. I’m sure you’ve gathered by now how much I love this series, as well as its brilliant creator, Fumi Yoshinaga. And yeah, I’m one of those who would argue that Antique Bakery is not yaoi. I’ve probably even complained publicly that labeling it as such is offensive, and I don’t think my reasons for feeling that way are wrong.

Chris makes some fantastic arguments, however, about why that’s really not the point and how, yaoi or not, Antique Bakery still managed to introduce a whole lot of western readers to the genre, as well as to the concept that yaoi manga could actually be good manga. Chris’ post is, again, pretty long, but regardless of your feelings on the issue of genre labels, I think it is an incredibly good read and well worth following to the end.

Lastly (and this is not from today, but David’s site name change reminded me to link to it) Manga Blog’s Brigid Alverson has posted a fantastic article on Making your site user-friendly with a wealth of tips we bloggers should really take to heart.

I have some personal experience with every point she mentions–most recently the importance of a name. My own blog began as a personal site and was named accordingly, but it was only at this year’s New York Anime Festival, while watching Brigid’s valiant attempts to introduce me to publishers and other bloggers, that I realized just how awkward my site name had become in terms of clarity. My blog’s re-branding as “Manga Bookshelf” was a direct result of this experience, and though my transition went pretty smoothly, I’d encourage new bloggers to do it right from the start. Check out Brigid’s post for more. There are some helpful tips in comments, too!