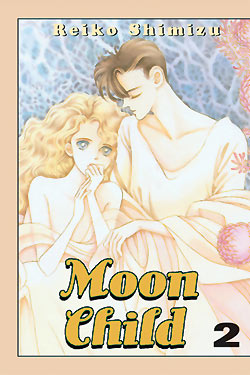 This volume starts out somewhat joyously for Jimmy. Though his powers freak him out and he keeps running into monsters that Art can’t see, somehow all the weirdness is making things go his way. A traffic jam caused by a giant apparition causes Art to arrive too late to an audition but the situation (aided by invisible fish only Jimmy can see) ends up bringing him directly into the path of a producer who is dying to audition him for a new Broadway show. Thrilled by the news, Art and Jimmy rush off to celebrate, only to be intercepted by Art’s ex-girlfriend, Holly, who unsubtly tells Jimmy that he is in Art’s way. (“Don’t you see?” she says, bowing her head in false concern. “You’re just holding him back.”) After this, things turn ugly for Jimmy. Left alone for the night, he falls asleep in the moonlight which causes him to transform into Benjamin, the beautiful half-human, half-mermaid daughter of Siera, the original “Little Mermaid.”

Though this complicated story is still just getting started, it seems increasingly obvious that it is going to end up going deep, as it continues to approach issues of abuse, abandonment, and obsession in some of the strangest ways I’ve ever seen. Jimmy’s dual existence as a pre-pubescent boy and a beautiful young woman with the mind of a pre-pubescent boy is enough to send both of his adult male acquaintances (I hesitate to call them love interests), Art and Shonach, to therapy for the rest of their lives, which might be upsetting if it wasn’t clear that both of them could really use some good therapy, regardless of Jimmy’s presence in their lives. After only two volumes I am reluctant to even speculate where any of this is going, but it’s mighty fascinating now.

Meanwhile, Holly becomes even more unlikable, Shonach’s would-be girlfriend, Noera, becomes even sadder, the creepy twin fish-boys become even creepier, and we continue to avert our eyes from Grandma’s embarrassingly racist character design. Very little has been satisfyingly explained, though Jimmy’s visions (experienced during a kiss with Shonach while he was in the form of Benjamin–yes, the story really does go there) suggest there is something truly terrible ahead for the mer-people. The world is full of ghosts, giant snakes, and butterflies that spring spontaneously from a mer-man’s self-loathing.

Thing is, with all of this put together, it’s become impossible to deny the brilliance of this series. I’m not at all sure where it is going, but there is no question that wherever that is, it is weird, wonderful, and will undoubtedly blow my mind. Moon Child is a trip I’m not willing to miss.