The Ancient Magus’ Bride, Volume 3 by Kore Yamazaki. I continue to love The Ancient Magus’ Bride and look forward to future volumes a great deal. The series has this sort of atmospheric melancholy to it that I really like along with touches of horror and darkness that have yet to become overwhelmingly bleak. In large part, The Ancient Magus’ Bride seems to be dealing with loneliness and the intense longing and need to belong somewhere. It’s only after being purchased by Elias that Chise feels as though she’s actually wanted and that is a dangerously enticing feeling to have. Their relationship is a peculiar one, but it is also compelling. For better or for worse, Chise still knows very little about Elias. He seems very reluctant to reveal his true nature to her, whether out of fear that he will be rejected or for some other reason entirely. What is clear is that Elias is very powerful, very dangerous, and not entirely honest. Despite this and despite the warnings of others, Chise remains devoted to him. She, too, is powerful and dangerous, though she has yet to learn how to completely control and claim that power for her own.

Dog X Cat, Volume 4 by Yoshimi Amasaki. I believe Dog X Cat is up to six volumes or so and still ongoing in Japan, but it seems unlikely that more of the series will be released in English any time soon if ever. It’s been a few years since I read the first three volumes of the boys’ love series, but it didn’t take very long to get reoriented with the manga. The fourth volume is actually a fairly self-contained story, too. Atsu and Junya used to only be best friends but now they’re also well-established lovers. Junya is the more adventurous and demanding when it comes to sex to the point of ignoring Atsu’s needs and desires which is unfortunate; otherwise their relationship is quite good and they obviously love each other. Keeping with the rest of the series, Amasaki finds plenty of opportunities to include sex scenes. However, their vacation-cum-research trip to the mountains takes an extremely unfortunate turn when an earthquake traps them under a burning building. Though there are sweet moments, most of the forth volume of Dog X Cat deals with this traumatizing event and its lasting aftermath.

Library Wars: Love & War, Volumes 11-14 by Kiiro Yumi. I’ll readily admit to enjoying Library Wars and its dramatic and fantastical portrayal of librarianship. I don’t think that librarians will militarize themselves any time soon in the fight for freedom of expression and information, but it does make for an interesting story that does actually explore some of the complexities of the debates surrounding censorship. Library Wars has two sides to it that don’t always mesh with each other very well, but I do like them both. There’s the romantic and comedic side of things as many of the characters come to terms with their evolving feelings for their colleagues and then there’s the more action-oriented part of the story, complete with shootouts and attempted kidnappings. These particular volumes have some pretty exciting developments on both fronts. Although Iku’s ineptitude is often emphasized, which is something that I dislike about the series, she continues to prove her reliability in dangerous situations when it really counts. I didn’t realize that there is only one more volume left in this series, but I’m really looking forward to it; it should be a good one. 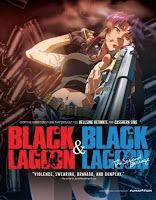