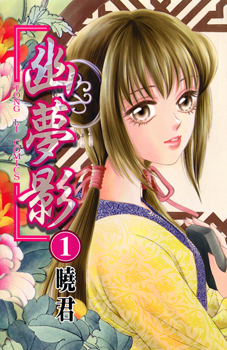 When I first picked this up and browsed through it, this was the scene that caught my eye. 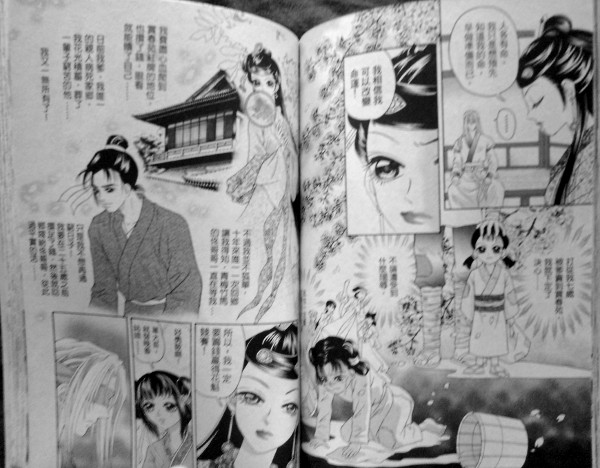 Wanxiang’s dream is to win the beauty pageant so she can win the prize, return to her hometown, marry her childhood friend, and live comfortably ever after. 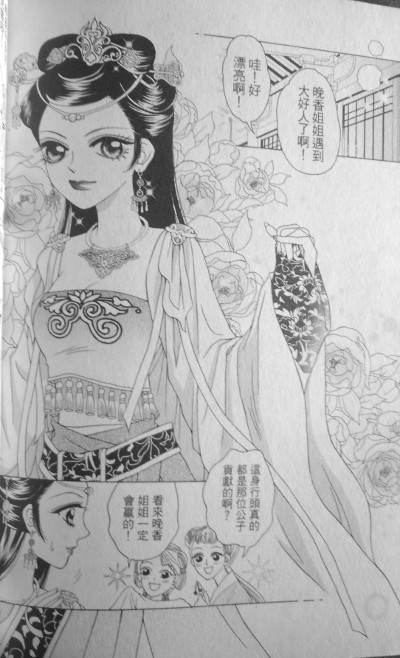 However, a seer has told her that it’s best for her to forget about the pageant and just return to her hometown now. But without the prize, she will be poor. And she’s certain she will win. 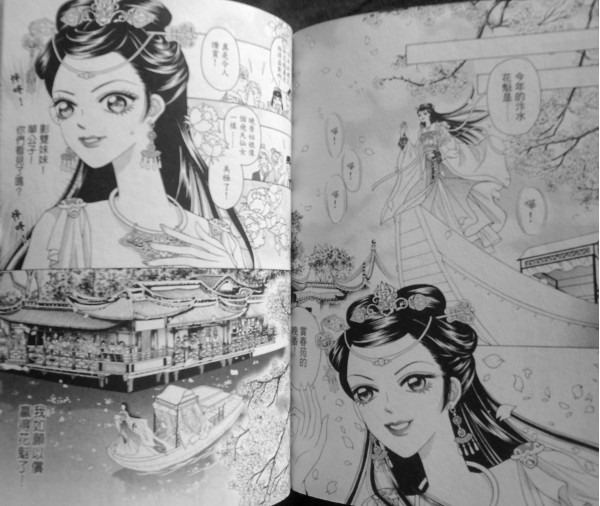 The pageant has started, and Wanxiang is as confident as ever. 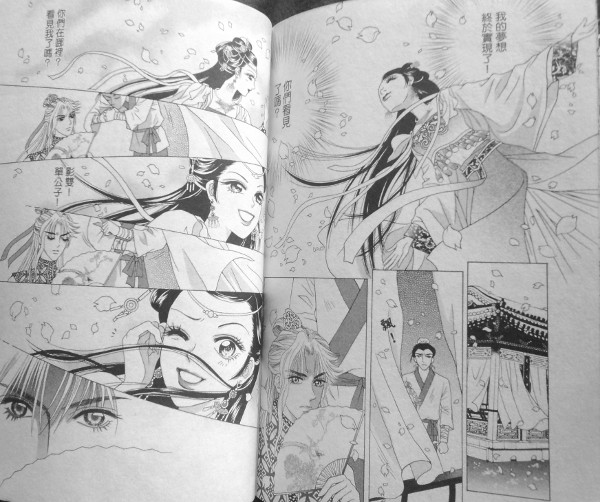 It is the most beautiful, splendid, glorious moment of her life … 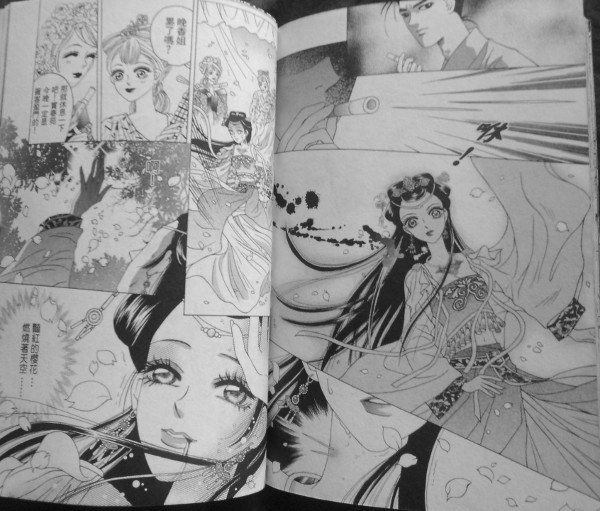 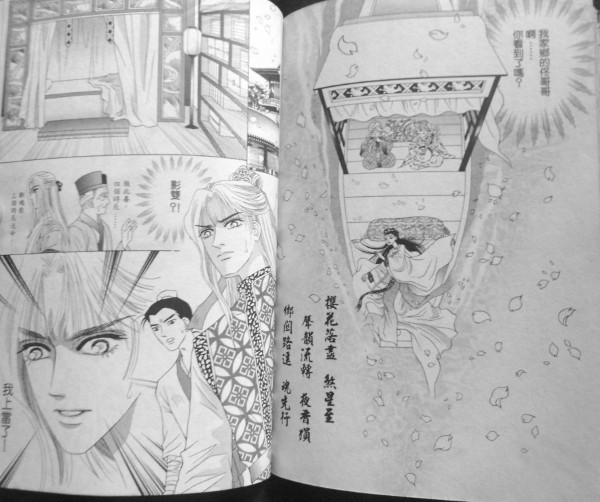 I was struck by the contrast of her beauty and the serenity all around her, and the fact that she has just been murdered.

Yingshuang has a dream: the freedom to wander and go where she wants. Strange, I know. However, everybody expects her to marry the son of her wealthy neighbor, Wen Moyan. Though Moyan has been sweet on Yingshuang since childhood, she doesn’t have the slightest interest in being his wife. 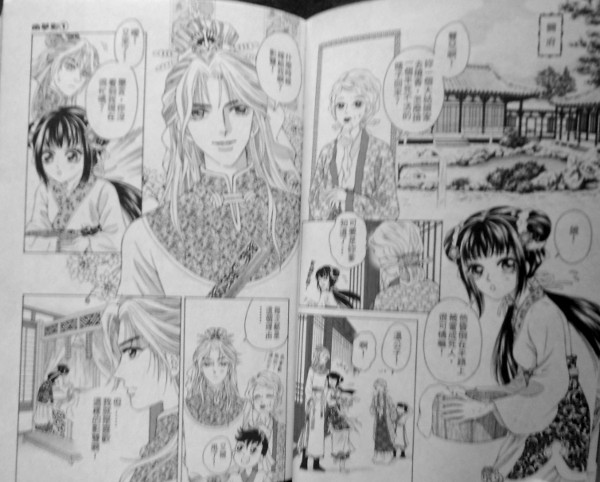 Then one day, an apparently blind man, Shan Yumu, appears in the village. He is said to bring bad luck. In fact, he’s not blind – he’s merely tired of seeing the future. And he sees that, unless Yingshuang gives up her dream and marries Moyan, her family will soon be destroyed.

Well … not long afterwards, her home is set on fire, and Yingshuang is the sole survivor of her family. It is eventually revealed that the arsonist/murderer is … Moyan, who is so in love with Yingshuang that, after her repeated refusals of his marriage proposals, was driven to destroy her family so that she would be completely dependent on him and finally agree to marry him (note: if this is “love,” then I hope nobody ever “loves” me).

After Yingshuang frees Yumu (who had been arrested as a suspected arsonist), they start wandering together. But Moyan does not give up so easily…

This is yet another Star Girls title (I have written about StarGirls before). Sheau Giun (she seems to prefer her Taiwanese name to her Mandarin name) is a regular contributor to Star Girls – she has a series running in the magazine right now. 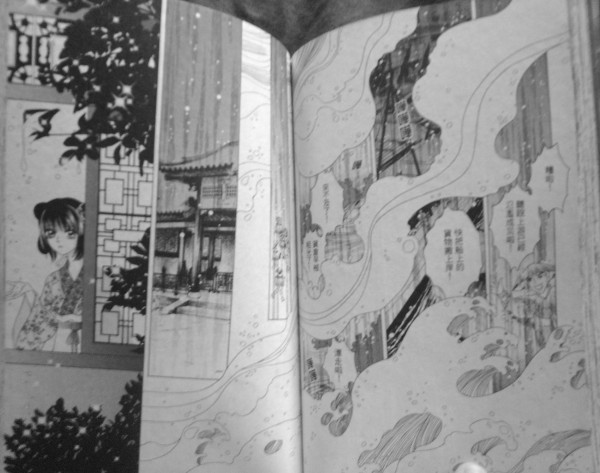 Can you tell this is from Taiwan and not Japan just by looking at the artwork? 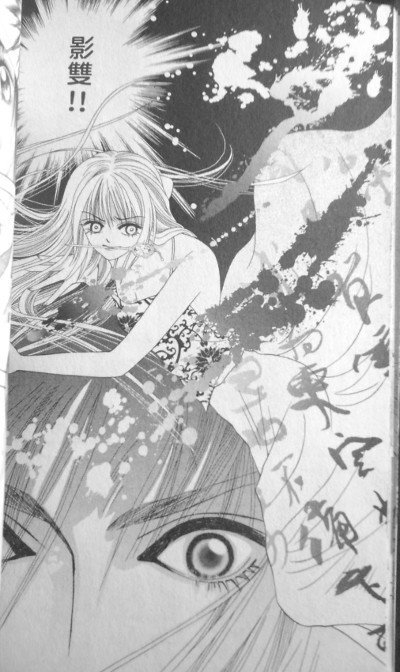 I can’t. Sure, the visual sensibility is certainly informed by Chinese traditions, but that’s also true of Japanese manga set in historical China. 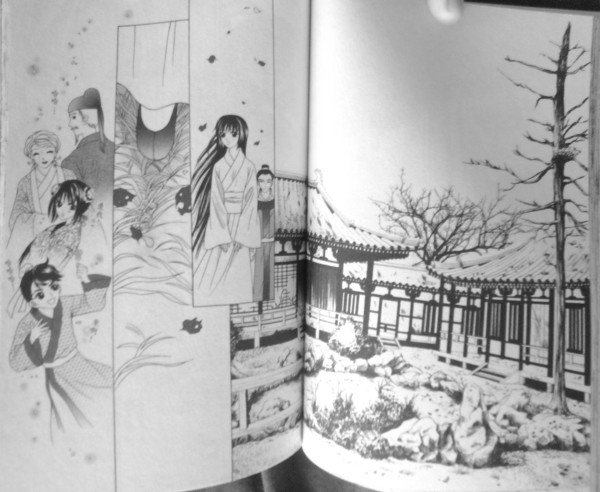 Of course, this is what I expect from Star Girls, which tries to be as much like Japanese shojo magazines as possible. 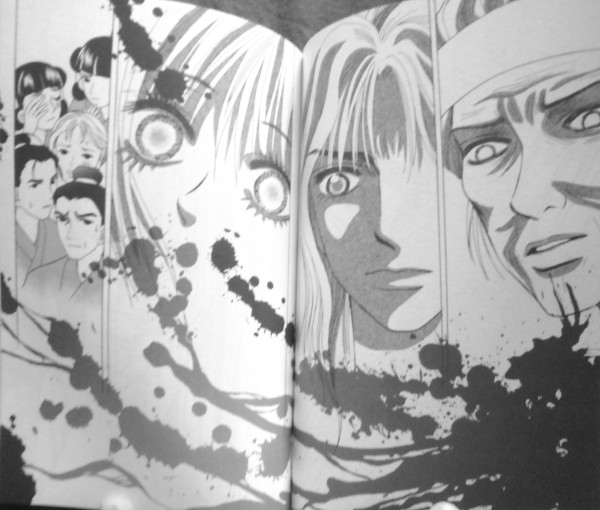 And this manhua can be just as bloody as Japanese shojo manga.

I like the artwork. First, it’s very effective at telling the story. It’s also clean, and pleasing to the eye (or at least my eye). 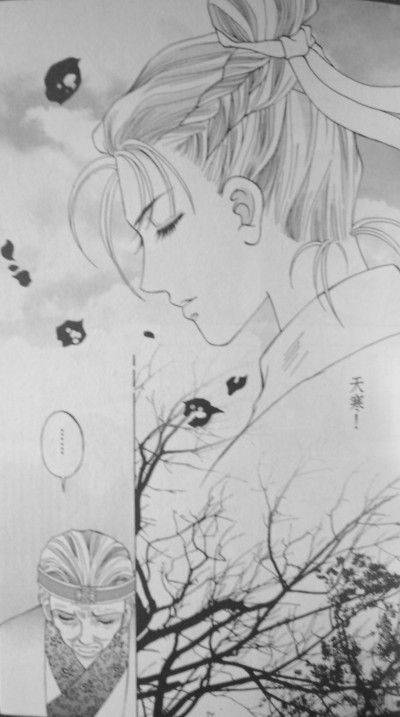 While I could go into a detailed analysis of how the artwork works, this time, I think I’ll let the pictures speak for themselves. 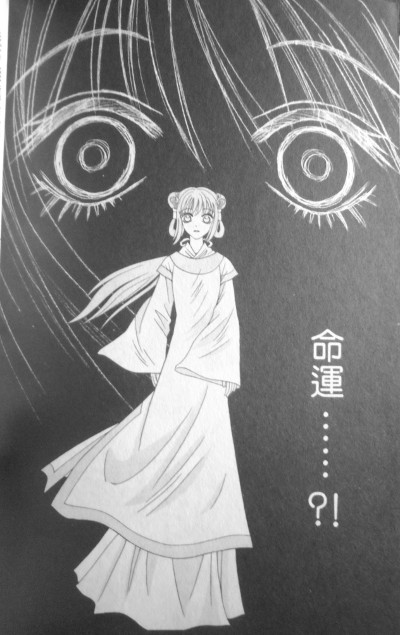 Well, the premise of this story is: are our fates determined, or can we choose our fate? (the answer: both, because our choices are predetermined)

The story adds a feminist slant, in that society defines women’s fates more narrowly than men’s. Yingshuang *should* just go ahead and marry Moyan, who will “love” her and spend many happy years with her, while her family can continue to prosper. All she needs to do is give up on her dream of having some freedom.

And when Yingshuang refuses this path, and Moyan decides to burn her family because he “loves” her so much, it’s *Yingshuangs’s* fault that her family is gone and that Moyan is now a criminal. No, not Moyan’s fault at all. In the real world, this victim-blaming happens all the time when men punish women for exercising autonomy.

The thing is: it’s humans who determine this. There wasn’t any supernatural force which makes Moyan act as he does; Moyan, in spite of his claims that Yingshuang’s rejection of his love “forced” him, actually chooses his own actions. However, society assigns the blame to Yingshuang because she has rejected the status quo, whereas Moyan is acting in accordance to the status quo. We later learn that, though Yumu is male, his personal circumstances are more like Yingshuang’s than Moyan’s. This is why, repeatedly throughout the story, people trust Moyan but not Yingshuang or Yumu – Yumu looks like a bum, Yingshuang is a teenage girl, but Moyan is a “charming” man from a “good” (re: powerful) family. 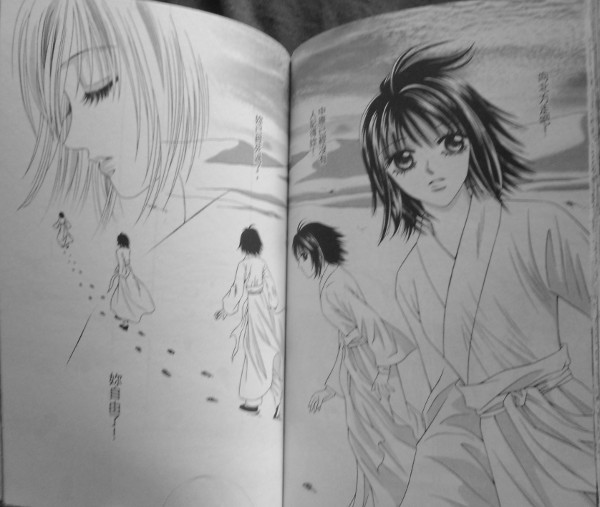 The story puts a neatly ironic twist in Yingshuang’s ‘fate’, but that would be a spoiler.

My History With This Manhua

When I was first nursing a curiosity about Chinese-language comics, there was precious little information available. I could piece together some bits of information from the internet, but it was not very newbie-friendly. I did, however, learn about Star Girls, and lacking better guidance, I went to a Taiwanese comic book shop and picked up the first volume of every Star Girls manhua they had in stock.

This manhua was one of them.

Some of the manhua I picked up from that grab-bag were so terrible that I am grateful that I’ve already forgotten them.

This, however, made the deepest impression. It was one of the few which I bothered to track down in its entirety.

One of the reasons I write this column is so that it will be a little easier for the next person who becomes curious about Chinese-language comics. While this column is not a comprehensive guide, I hope it’s more useful than what I was working with when I started exploring.

This manhua has never been licensed in English *Sara K. experiences a coughing attack*.

This is overall a solid read. While I can quibble about its faults (for example, that plot hole left wide open in the last volume), overall, it’s competent storytelling. I also have fond memories of it being one of the first manhua I liked.

Yet, somehow, it falls short of being so wonderful that I simply MUST SHARE WITH EVERYONE!!!! But perhaps that’s just as well. I’m fine with it going on being the manhua which I like, but which nobody else reads (not that anybody reads the manhua which I enthusiastically recommend either).

Next time: Laughing in the Wind (TV show)

Hail. In Taiwan. In JULY. Sara knows it snows in the mountains in winter, but she sure did not expect the summer to be this cold. After spending three nights at temperatures of about 12 degrees C with only a sleeping bag to keep her warm, Sara was even looking forward to returning to humid, 30+ degrees-C weather. Well, one of the reasons she went to the mountains in the first place was to get away from summer heat. In that respect, the trip was a resounding success.