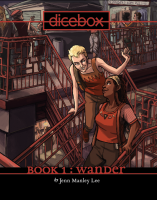 Last week was a two-review week at Experiments in Manga. Both reviews were of manga and, more specifically, both reviews were of shoujo manga. First up was the first omnibus of Hiro Fujiwara’s Maid-sama!. The series was originally licensed by Tokyopop, which released the first eight volumes, but the manga was more recently rescued by Viz Media’s Shojo Beat imprint. Though he has his moments, I’m not particularly fond of the male lead Takumi at this point, but I absolutely adore the female protagonist Misaki. If for no other reason, I’ll be reading more of Maid-sama! for her sake. The second in-depth review from last week was of Setona Mizushiro’s After School Nightmare, Volume 5. I continue to find After School Nightmare to be both compelling and highly distressing. The review is part of my ongoing monthly horror manga review project; September’s review will focus on the fifth volume of Yuki Urushibara’s Mushishi.

As for a few other interesting manga-related posts found online last week, Comic Attack has a nice interview with Stacy King, the editor of Udon Entertainment’s Manga Classics line. (I’ve written a little bit about Udon’s Manga Classics in the past.) Also, Mangabrog has posted a translation of an interview of Kiyohiko Azuma, the creator of Yotsuba&!, from 2014. A few weeks ago I posted some random musings about my manga collection as part of a game of manga tag. One of the people who I specifically tagged to participate was Manga Xanadu’s Lori Henderson. She recently posted her own responses to the manga tag questions and Justin at Organization Anti-Social Geniuses took time to provide some answers, too. I really enjoy reading about other manga enthusiast’s collections. If you’re interested, be sure to check the posts out!

Clan of the Nakagamis, Volumes 1-2 by Homerun Ken. Although only two volumes of Clan of the Nakagamis have been released in English, it’s actually a three-volume boys’ love series. It’s unlikely that the third volume will be officially translated, but the manga tends to be fairly episodic. The final volume may be “missing,” but at least the series’ story doesn’t depend on it. Clan of the Nakagamis was brought to my attention due to the fact that Norikazu Akira, whose manga I’ve enjoyed, is somehow related to Homerun Ken. (She’s either one of the members of the two-person creative team or their older sister; I’m not entirely sure which.) Clan of the Nakagamis is intentionally ridiculous, a mashup of all sorts of unrelated tropes that the mangaka found amusing or were particularly fond of, everything from student-teacher relationships, to family conglomerates, to crossdressers. I actually wasn’t particularly impressed by the first volume of Clan of the Nakagamis, finding it to be too chaotic and lacking in cohesiveness, but I did legitimately enjoy the second. I even laughed out loud. It probably helped that it had a more coherent story and improved artwork.

Ninja Slayer Kills!, Volume 1 by Koutarou Sekine. Ninja Slayer started as a series of novels, supposedly written by a couple of Americans, that inspired a recent anime adaptation as well as at least three different manga series (two of which have been licensed for English-language release). Sekine’s Ninja Slayer Kills! is the franchise’s shounen manga offering. It’s intended to be approachable and understandable even for readers who aren’t familiar with Ninja Slayer. I’m not sure it’s successful in accomplishing that, though. Very little of the story, characters, or setting is explained beyond broadly establishing a tale of super-powered revenge in a gritty near future. The first volume is mostly battle after battle and not much more. The fight scenes and their setups are marvelously epic, but unfortunately the action itself is difficult to follow so they lose their impact. That’s a significant flaw since so much of the manga is focused on these martial conflicts. On their own, the character designs of the cybernetic ninja are great, but they tend to blend together in the actual manga, which also makes determining what exactly is going on a challenge.

A Silent Voice, Volume 2 by Yoshitoki Oima. I was greatly impressed by the first volume of A Silent Voice. It was a hard read due to its subject matter, specifically its realistic portrayal of bullying—how utterly cruel kids can be to each other and how adults, whether intentionally or not, can often encourage such behavior. While there is still some tragedy and darkness in the second volume, overall it’s a much lighter read; where the first is heartbreaking, the second makes it seem as though forgiveness and change is possible. Shoya, feeling that it is impossible to redeem himself for his past cruelty, plans to take his own life after apologizing to Shoko for adding so much misery to hers. But when he meets her again they end up forming an unexpected friendship instead. Even more surprisingly, Shoya eventually becomes friends with her younger sibling as well (though he doesn’t known that’s who the kid is at the time). Shoya recognizes that he can’t undo the harm that he’s already caused to Shoko and her family, but he’s slowly doing what he can to make up for it. I still think that A Silent Voice is one of the very best manga to debut this year.