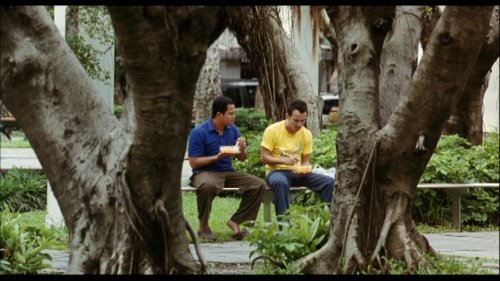 Before reading this review, maybe you should watch the trailer. Or maybe you shouldn’t – the trailer gives the impression that a lot of this movie is about Manuel acting creepily towards women, whereas in the actual movie that is just a minor theme.

So what is a Tagalog-language film, produced by a Japanese company (NHK), doing in a column dedicated to Chinese-language pop culture?

Fair question. Here is my answer:

– The director, Wi Ding Ho, is an ethnically-Chinese Malaysian
– The film is set and filmed in Taiwan, which is clearly a part of the Chinese-speaking world
– There are some scenes in Mandarin, as well as a little Taiwanese (English and Ilocano are also used in the film)
– My local DVD rental shop placed this film in the ‘Mandarin’ section, not the ‘Foreign Languages’ section

I picked to feature this film because one can learn a lot about a culture by observing how it interacts with outside cultures.

The Filipino Experience in Taiwan

I currently live only a block away from a Filipino enclave. Nonetheless I don’t know much about the Filipino experience in Taiwan, and I can’t evaluate whether this movie reflects it accurately. This what I do know.

However, caregiver and factory worker are not the only experiences for Filipinos in Taiwan. I have also met a Filipino who studies Chinese at a Taiwanese university, a Filipina who owns and runs a pita bar in Taipei, and a Filipina waitress in a teahouse in Jiufen.

I have some things in common with the Filipinos in Taiwan, the most obvious being that we’re all foreigners. We have to work with the same immigration bureaucracy (when I go to the immigration office, I often wait alongside Filipinos and other Southeast Asians). We have to interact with Taiwanese people who make certain assumptions about us just because we’re foreigners. We have our own escapes to our native cultures.

At the same time, I recognize that I am more privileged than the vast majority of Filipinos in Taiwan. I have more education and make more money than the vast majority. I have a United States passport. Most importantly, I am in Taiwan because I chose to be in Taiwan, not because I need to make money to support my family (in fact, I don’t support my family, only myself). While it would suck to have to leave Taiwan due to immigration issues, it would not be a disaster.

I remember one time, while riding the train, I saw a Filipina have a mental breakdown, tears streaming down her face, while talking on a cellphone. Since she was speaking in a Filipino language, I didn’t understand most of what she was saying – but I did understand the words ‘passport’, ‘work permit’ and ‘visa’.

Maybe I Should Start Talking About The Movie…

The story of this movie is quite simple. Two Filipinos who work in a Taiwanese factory, Dado and Manuel, discover a nice sofa on their day off. They decide to bring the sofa back to their dorm so that they sit down and relax on it every day after work. 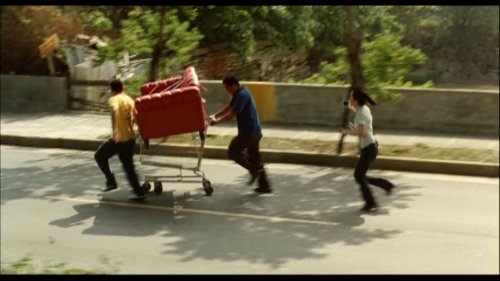 The lead actors, Bayani Agbayani and Epy Quizon, are both celebrities in the Phillipines. I’m sure Manga Bookshelf readers based in the Phillipines know a lot more about them than I do. I think they both performed quite well in this movie. 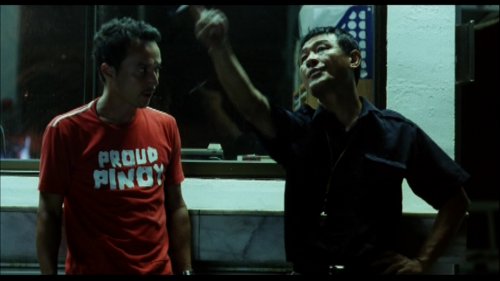 I know this will come as a shock to you all, but the lifestyle shown in Taiwanese idol dramas is usually quite different from the way most people in Taiwan actually live. This movie gives a much more accurate impression of what the ordinary Taiwan is like (for everybody, not just Filipinos).

The Director from Malaysia

When I found out that the director is from Malaysia, not Taiwan, I thought ‘that makes so much sense!’

Foreigners (of all kinds) are much more likely to note and express curiosity about the Southeast Asian community. I know I was very curious when I first came to Taiwan, and I wish I had more time to satisfy that curiosity. Foreigners of all kinds also tend to end up in the same neighborhoods (my first residence in Taiwan had an Indonesian business in the same building, and as I have already noted, I am still physically close to Southeast Asian areas).

I am not, by the way, blaming the Taiwanese. I grew up in a mixed neighborhood with many Chinese-Americans, yet it is only now that I am discovering just how ignorant I was of that culture which had been sitting under my nose for most of my life. People visiting San Francisco are often more curious about the Chinese-American community than the non-Chinese people who grew up in San Francisco. I think the mere act of entering a new setting makes one aware of one’s surroundings in a more conscious way.

A Global Experience (and Privilege)

Of course, this movie is not just the experience of Filipino people in Taiwan. It’s about the experience of people around the world who have left their homelands to sell their labor to the affluent in the hope of attaining a better life.

My family hired a Nepalese woman to take care of my grandmother. She left a husband and young child in Nepal. I know that her husband and child have asked her to return to Nepal, yet she has, so far, stayed with my grandmother. When her husband got injured, my family feared that she might return to Nepal to care for her … but it turned out that because her husband’s surgery required quite a bit of money, she had to keep on working for my family. 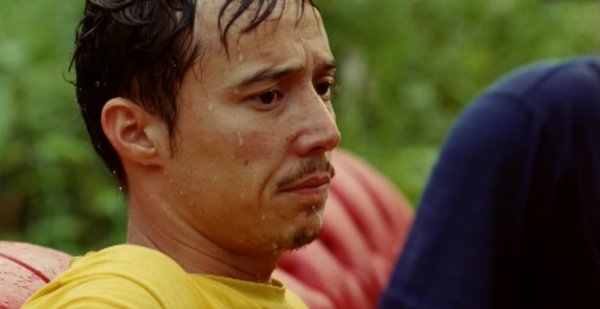 So, Is This a Good Movie?

The answer is yes. I enjoy watching this movie a great deal. It speaks to me. I think it represents something truthful about the experience of being a foreigner in general, and a foreigner in Taiwan specifically. However I think I would also like this movie very much even if I had never left the United States. Even though I did not analyze the movie that much, the fact that it drew this much discussion from me demonstrates how much it made me think.

It is a human movie.

This film is available on DVD with English subtitles. It also gets screened at various film festivals.

For two decades, I’ve lived as an outsider, first in North America where I studied, then in Singapore, and now Taiwan where I work. Like most, I always thought I could go back to a place of belonging. However on a recent trip home to Malaysia, I found myself alienated when I expected to feel most at peace. My long absence has rendered me a foreigner no matter where I go.

All over the world, more and more people are working in other countries. Some do it for survive and some do it for inspiration. Simple facts of life become more challenging and rewarding in a foreign country. Emotional needs become clearer, and sometimes that much harder to attain. For expatriate artists as well as migrant laborers, the sensation of living is more vivid in places that are home and far from home at the same time. Pinoy Sunday is an attempt to celebrate this dichotomy.

Next Time: The One (manhua)

Sara K. saw a really weird kind of mushroom today. She is too tired right now to say anything wittier than that. Thank goodness the draft of this post was already almost ready.