i refuse to be your enemy!

For the most part, while reading this series, it’s fairly easy to simply ignore that it’s meant to be a “villainess otome” book at all. Yes, Kiara’s memories of the game do sometimes come in very handy, but they don’t always match, as she’s altered the world too much for them to be the same. That said, there is one big subplot that is very dependent on Kiara’s original role being the villainess who gets killed off. Kiara is no longer filling that role and so it has to be filled by SOMEONE. And so we see a lot more of Ada, the spellcaster who uses fire we briefly saw in the second book. After Kiara ran away, she was next in line to be married off to the frog-faced noble and turned into a weapon, and boy is she angry about it. It’s an interesting reminder that this fantasy military action-adventure still runs on otome game rules, which means you still need a villainess no matter who it is. 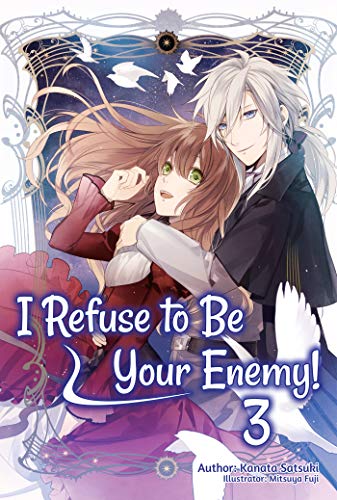 As for our original villainess, now turned heroine, she’s doing pretty well here. While still not wanting to directly kill anyone, one battle sequence shows that she’s come to terms with indirectly doing it, in a chilling reminder of how deadly Earth Magic can be when used cleverly. Reggie’s army is slowly moving towards the capital, though it needs to make a few detours (farmers have a limited amount of time to cultivate, and they would like to have their land back). Things are mostly quiet on the romance front with Reggie, but that’s just because this is Cain’s book – he’s her bodyguard and has a crush, and starts to come on strong before being told that Kiara really is not ready to think about this sort of thing (she never dealt with love in her previous life, either). And there’s another surprise… Reggie can use magic?

Fortunately at least one of the pair of doomed lovers has decided to be less doomed – Kiara is taking more care of herself here – well, a bit more, but it’s visible – and no longer seems quite as willing to throw her life away for Reggie. The same cannot be said of him, unfortunately. Hearing about the fate of his game self seems to have given him a big case of “I’m living on borrowed time anyway”, and trying to hide the aftereffects of the wound he got last book is not really helping anyone in the long run. In particular, he’s clearly jealous of Cain and his closeness to Kiara, but almost seems to be giving up rather than fighting back. His fatalism had better change in the next book. Giving Kiara an evil counterpart who’s obsessed with him might help – all the setup for that is in this volume.

I never really have as much to say about these books. They’re so straightforward and serious – I believe I counted two jokes, which were admittedly quite funny – and they don’t give much to overanalyze. They’re just a good yarn. And this is the halfway point of the series, so I expect things to move even faster next time.

In my review of the first volume I said that light novel fans would be disappointed but romance fans should be happy. This volume dials back the romance (though it’s still there), and I’d argue that it may be fans of RPGs who get the most out of the series, as it’s become a military fantasy novel, which Kiara’s choice to become a spellcaster having far more of an impact on the plot than whether she likes Reggie or Cain. (It’s Reggie, btw. Of course it’s Reggie.) The cliffhanger is resolved fairly quickly, but the overall situation is not, as the King and castle are still very much under attack. We also get a couple of good choices for ongoing villains in this book, and see quite a few people on both sides die, which impacts Kiara more than anyone would like. But most importantly, Kiara and Reggie show how incredibly similar they are to each other, and how that’s a VERY bad thing. 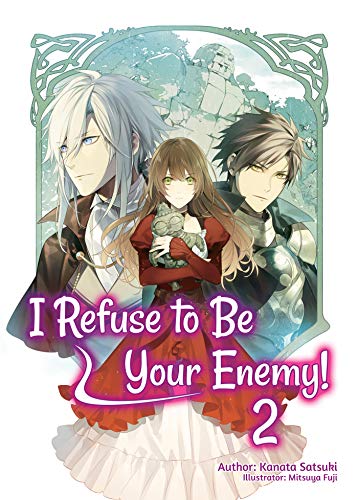 Last time I noted that Kiara’s life in Japan was far more vague than in most reincarnated isekai protagonists, and that’s still true, but we do see a bit more of it here, including some of her life in Japan as Chisato, when she was essentially pretty happy but also alone much of the time, having no siblings and two parents who were working much of the time. She’s determined to avoid the fate of everyone in the game, and we’re pretty sure what she’s managed to avoid turning into an evil spellcaster, at least, but saving Reggie is not as simple as stopping the soldiers from killing him that one time. This is a constant war, and Reggie is in constant danger. As is Kiara, much to Reggie’s chagrin – the woman he’s falling in love with is not one who would take kindly at all to him shutting her away to keep her safe, so he doesn’t, but boy does he hate that.

This series is a romance. And it ends with Vol. 6 in Japan. Not to spoil hideously, or anything, but the final volume has a wedding couple on the cover. That said, you might be surprised at that when you read this book, where you’re wondering if the series may actually kill Reggie off a third of the way through it, or kill off its heroine by the end of the series. It turns out that the thing that he and Kiara both share is a flagrant disregard for their own safety that verges on suicidal tendencies at times. In fact, in the dream we see Kiara have in the epilogue side-story, her reaction in the original world to being killed by Alan was essentially “oh, thank God”. In the second half of the book this turns almost comical, with both desperate to save each other at the cost of their own lives and then getting really upset when they do just that. They really are perfect for each other.

This is a smooth and easy read, with the translator change not really noticeable. If you’re here for the romance, I hope you like slow burn. If you like turn-based RPG strategy books, though, this is right up your street.

Despite the fact that, if you look at forums and message boards, you’d think “otome game villainess” novels were the new vampire or Alice trend, we haven’t actually had too many legally licensed over here yet. My Next Life As a Villainess, aka Bakarina, it a very broad comedy, almost a parody, of the genre. Accomplishments of the Duke’s Daughter just has the manga so far, and seems more interested in the politics and worldbuilding than it does in anything else. This new series, though, may be the purest form of the genre I’ve heard of. It’s not subverting anything – in fact, the opposite, it’s almost painfully earnest throughout. Our heroine knows she’s going to be a villainess (actually, not even that – a mid-boss) and get killed by the hero, and does her damndest to avoid that in every possible way. All this while falling in love. Light novel fans might be a little disappointed. Romance fans should be quite happy – it’s right up their street. 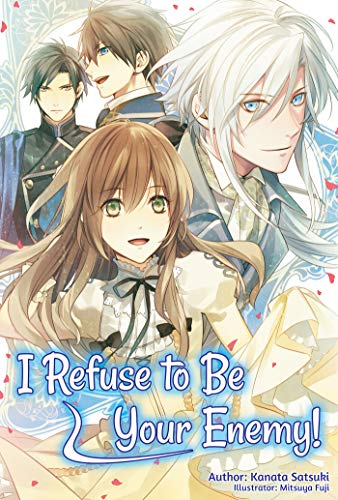 Kiara has had a rough life. The daughter of a Baronet (the lowest rung of nobility), her mother died early, and her father sold her off to the family of a count. There she was fed odd potions, trained in poisons and knifework (for some odd reason) and shipped off to boarding school. What’s more, she’s been having these odd dreams where she lives in a different world as a schoolgirl playing an RPG… whose plot sounds a lot like the world she lives in! What’s more, she remembers from the dream that she (with a different, married name) is not only a spellcaster, but is brutally murdered by the heroes. So when a letter comes from the count telling her to come home and marry the guy whose last name she now recognizes, she very quickly runs away. Fortunately, she ends up hiding in the wagons of a group of young men who are sympathetic to her story… and one of them is more than he seems. Now she has to find a way to stop the fate she’s familiar with from the game from happening.

As you might guess, this is an isekai of sorts, but it’s handled in an interesting way. Kiara never loses her sense of “self” to whoever the Japanese girl whose memories she has, which the memories remaining “dreamlike”. As such, it feels a lot more realistic, even when she brings up RPG terms. On the down side, her character can be highly variable depending on the nature of the plot – she was bad at school, so has to have a few things explained to her (and the reader), but by the end of the book she’s putting her RPG memories to use as a real-time strategist, and seems to get far too good at spellcasting far too quickly. The better parts of the book are her interactions with Reggie, her love interest (yes, besides the presence of two other obvious candidates, there seems to only be one love interest here), and her “I must be mistaken no one could be interested in me” thought process is both frustrating and adorable.

The book ends on a cliffhanger, which is a bit annoying as it felt like if it had gone 10 pages more, we could have ended the series with the first volume. But there are five more. In the meantime, this is pretty solid, if a bit humorless. It’s serious romantic fantasy, with everyone acting the roles as straight as they can.