formerly the fallen daughter of the duke

The author admits in the afterword that a lot of the fans of this work were very thrown off by the twist at the end of Book One, and even more by the start of the events in the second book. I can’t really blame them. Book one read like a nice, pleasant villainess story with a happy ending. A bit boring, but not actually so much so that you walk away. And now we’re back to the start, and we have to do things all over again. The trouble here is that our heroine does not quite have the self-esteem needed to try to regain her fiancee, so we get nearly an entire book of “it’s OK if he doesn’t love me this time around, I’m fine with being friends”. The other issue, of course, is Charlotte, who remains The Absolute Worst. It’s never quite made clear if she also has memories from Japan, but there’s certainly a lot of “I’m the heroine, why is everything not going my way?” to her. 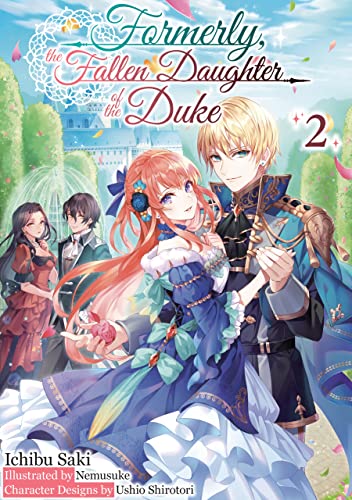 After the events at the end of the last book, Claire finds herself back where she started, in her old country and about to get her old baptism. She manages to make a few quiet changes (like taking her mother’s note to her so it can’t be used by Charlotte), but for the most part everything goes as it did last time. Except… her family seems a lot nicer and more considerate? In fact, she’s being sent off to school in the country that she fled to in the last book, and can reunite with her old friends and old fiance. But there’s a hitch. Claire is not the only one that went back in time for a redo. And the forces of evil are using the power of capitalism to try to destroy any chance Claire has at getting the powerful magic she needs to achieve her happy ending.

The book keeps its feet firmly in the fantasy in this volume, with almost no mention of the “Japanese game” part of the series. For the most part, as I noted, the most interesting part of the book is Claire reacting to her family being nice to her. Claire never explicitly states this, but being treated like garbage in the previous world hurt her a lot, and it means that when her ex-fiance or brother are kind and caring towards her (indeed, the fiance is trying to fix the ‘ex’ part) it just throws her off. There is an iffy part of the book, though, which involves brainwashing someone. First of all, the setup to this is ham-handed and obvious, and I rolled my eyes. Second, even though the person being brainwashed is an antagonist, and Claire freaks out and tries to undo it, it really seems like an easy “get out of bad plots free” card. Fortunately there’s still Charlotte around to make everything worse, but still.

This book does NOT end with another loop, much to my relief, and there is a third volume in the series. I’d put this in the middle tier of villainess books.

The idea of the “twist ending” has gotten a bit of a bad rap in recent years. This can mostly be blamed on the films of M. Night Shyamalan, whose films got to the point where the real twist ending would be that there wasn’t a twist. There’s always the danger of alienating your audience as well – to quote Futurama, “it’s not ironic, it’s just mean!”. When done properly, though, a good twist ending can cause a person to immediately go back and look at the entire plot all over again. And, in a case like Formerly, the Fallen Daughter of the Duke, it can cause you to want to get the next book in the series. I won’t lie, this felt very much like a “villainess by numbers” storyline. Claire is more a rival than a villainess, but every single plot point in this book is predictable and right on the beat. At least, until everything turns out bad. 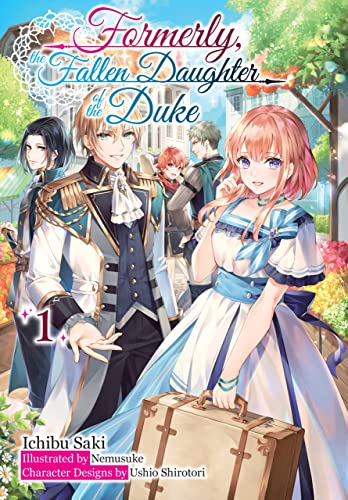 This book hits the ground running, picking up right as our protagonist, Claire, is rejected by her fiance, sister, and family. She quickly realizes that staying in her kingdom will do her no good at all, so resolves to escape to a nearby abbey. That said, it’s hard to escape when you’re the daughter of a duke and you have retainers that go with you everywhere. Then she runs into a young man and his group of friends, who help her ditch the retainers and offer to take her to their nearby country – which is much better off than the one she just came from. Oh, and said young man is really the prince of said country. Plus, the pitiful amount of magic she thought she had turns out to have been a massive trap. She’s really ludicrously powerful. So far so boring. But… why does she keep waking up in Japan? Is this a game? Is this a secret hidden route of the game?

Let’s start with that last part, because after a number of books where the “villainess” dies in every route, it’s refreshing to see this is the one bad route for Claire in the game. The player character, Charlotte, has a normal amount of routes and friends, and is helped by her older sister and NPC Claire, who is set to marry the prince. But if you play the secret hidden route, where you do something truly nasty to destroy Claire’s life in many ways, you get the chance to win the heart of the prince for yourself. That fits with the portrayal of Charlotte in this volume – she’s astonishingly stupid and petty, as befits a side route that was only added later for extra content, and where not as much thought was required. And then there’s the ending, which made me wonder what in God’s name the series was really going to be about. Nicely done.

That said, you’ll have to plow through a lot of “pleasant but predictable and a bit boring” to get to the good bits. it’s worth it, though.