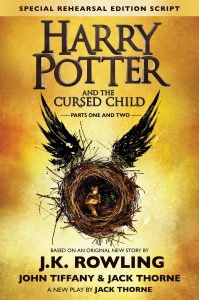 From the back cover:
There are lots of children on Hill Street, but no little girls Betsy’s age. So when a new family moves into the house across the street, Betsy hopes they will have a little girl she can play with. Sure enough, they do—a little girl named Tacy. And from the moment they meet at Betsy’s fifth birthday party, Betsy and Tacy become such good friends that everyone starts to think of them as one person—Betsy-Tacy.

Betsy and Tacy have lots of fun together. They make a playhouse from a piano box, have a sand store, and dress up and go calling. And one day, they come home to a wonderful surprise—a new friend named Tib.

Review:
Although I’ve been meaning to read the Betsy-Tacy series for several years, I didn’t really know what to expect. That is, I knew it was the story of two life-long friends, but I didn’t know that it would be written so fondly, so amusingly, or depict life as anything but rosy for these two girls.

Betsy Ray has no girls her age to play with until bashful Tacy Kelly moves in across the street. Tacy’s shyness prevents them from becoming friends immediately, but once they bond at Betsy’s fifth birthday party, they’re inseparable. A lot of the book is devoted to the various imaginative ideas they come up with to entertain themselves, whether it’s coloring sand to sell to other children or pretending to drive the family surrey to the exotic realm of… Milwaukee.

Much of the book is quite amusing, especially the stories Betsy makes up. I’m particularly fond of the one featuring a talking horse with a hankering for some doughnuts. I was pleasantly surprised when things took a more serious turn: Tacy is one of many children and the youngest, “Baby Bee,” dies after an illness. There’s a really wonderful scene where Betsy’s storytelling abilities help cheer Tacy up. Later, when Betsy is upset over the birth of a new, “perfectly unnecessary” sibling, Tacy takes up the role of comforter. It might not sound like much by way of drama, but both instances manage to be charming and a little bittersweet at the same time.

Betsy-Tacy would be a great book to read aloud to elementary students, particularly an audience comprised of girls. My brother and his fiancée need to hurry up and give me a niece so I can read this to her.

From the back cover:
Are you a gifted child looking for special opportunities?

When this peculiar ad appears in the newspaper, dozens of children enroll to take a series of mysterious, mind-bending tests. (And you, dear reader, can test your wits right alongside them.) But in the end just four very special children will succeed. Their challenge: to go on a secret mission that only the most intelligent and resourceful children could complete. To accomplish it they will have to go undercover at the Learning Institute for the Very Enlightened, where the only rule is that there are no rules.

As our heroes face physical and mental trials beyond their wildest imaginations, they have no choice but to turn to each other for support. But with their newfound friendship at stake, will they be able to pass the most important test of all?

Review:
I’m sure this book will be compared to Harry Potter. It’s not a total rip-off or anything, but there were enough common elements to be distracting.

For example: the main character, Reynie, is eleven. And an orphan. But what could be better than one 11-year-old orphan? Four of them! Well, the kids are not all technically orphans, but their parents are not in the picture, at least. They each have different strengths and traits, which evokes the House system at Hogwarts. Reynie’s a Hufflepuff, Kate’s a Gryffindor, Sticky’s a Ravenclaw… They have a member on their team they don’t entirely trust, and the old, doddering leader dude assures them she’ll be helpful, but doesn’t disclose his reasons for including her, reminding one of Dumbledore and Snape to some degree.

Some children’s fiction authors seem to feel obligated to impart messages unto their readers. Featured in The Mysterious Benedict Society are: friends can become your family, don’t let fear cripple you, there’s no shame in accepting help… and TV and radio are evil (those with an “uncommon love of truth” have no interest in either).

The real problem, however, is that the book is boring. Drudgery would be an apt description for the effort required to finish it. The concept, somewhat reminiscent of one of my favorite Doctor Who episodes (creepy headmaster needs children for a nefarious plan), is a good one but the execution could put one to sleep.