I’ve frequently made fun of the fact that many villainesses in these books, with Katarina Claes being the best example, keep constantly trying to “solve” all the problems facing them without realizing that the problems have solved themselves simply due to being empathic and kind. Because Katarina, and Rishe in this series, know the real truth: even if you are as sweet as pie, never assume that the narrative has gone away. Rishe knows that her recurring deaths, and the war that leads to them, are not something that can be solved by simply marrying the man behind it all and showing him how to be happy. There’s a lot more to it than that. This is especially true of this second volume, which brings back a number of characters from her life as an apothecary. Including one who is, for all intents and purposes, a terrorist. 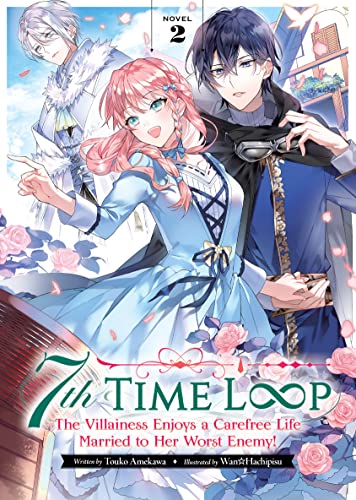 Rishe remains dedicated to her efforts to live a happy, carefree life by overworking herself to death in order to get it. She takes sword training from Arnold, and when she realizes that she absolutely lacks the stamina she had in her knight life, not to mention the elite training Arnold’s knights have, she secretly disguises herself as a boy and enrolls in the knight course. As this is happening, a delegation from Coyolle, a country which has relied on its mining to help it not be taken over and destroyed by other countries, has arrived, including Prince Kyle, who Rishe knew in her apothecary life, and Michel, an alchemist who enjoys inventing things, and if they’re weapons of mass destruction, well, they need to be used. You can’t just NOT use poison once you’ve made it.

Michel was probably the best character in this volume. He’s given a tragic backstory, of course, but for the most part he is the genial mad scientist, willing to blow up the world as long as it shows that his theories are correct. He and Rishe get along surprisingly well. Then again, getting along with everyone is Rishe’s thing. And this includes Prince Kyle, who briefly makes Arnold jealous as in his country all women are meant to be venerated, meaning his attention to Rishe is, shall we say, too much for our grumpy Crown Prince. That said… war does appear to be the the first response for him, and Rishe has to work her ass off to show that diplomacy is the better answer in this case. The answer to “why do I keep dying?” is still not an easily solvable one, but at the very least Arnold finds her fascinating, and is unlikely to brutally murder her this time, unless some horrible misunderstanding happens. Which is unlikely, I mean, this is a light novel…

Fans of the genre, or just fans of shoujo romance, should find plenty to dig into here.

The word ‘villainess’ has always had a loose definition to begin with, coming from a theoretical character in an otome game that never really existed, and usually being some variation on “mean girl”. Even that doesn’t really apply anymore. The villainess, for the most part, now seems to be any young woman who gets publicly shamed and has her engagement broken by a prince. We meet Rishe here, and there’s certainly no sign that she’s done anything wrong, but the script nevertheless plays out as we know it. Of course, as the title of the series implies, this is not her first rodeo. This has now happened to her SEVEN times. Perhaps she’s been reading a lot of villainess novels as well, and they’ve all blended together so much she keeps coming back to them. Amusingly, the “why” of the loop is irrelevant – it’s there to make her more awesome. 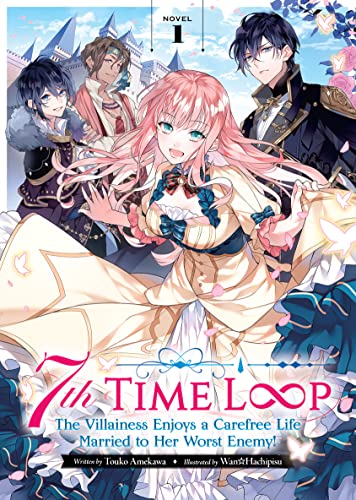 As noted above, Rishe Irmgard Weitzner is publicly shamed by her fiancee, who calls off their engagement to that he can marry Mary, a poor girl new to nobility. Having now done this SEVEN times, and knowing her parents will shortly be disowning her and barring her from the house, she tries to bolt back home to grab her things before this occurs. Unfortunately, she runs into Arnold, the Crown Prince of a different country, who had also been attending. He’s fascinated with her, mostly as she doesn’t seem to have any awe of him at all. Indeed, she wants nothing to do with him – every single time loop she’s lived to the age of twenty and died, and it’s either indirectly or directly because of him. This time, though, something new happens – he wants to marry her. Maybe, if she goes along with this, she can find out what makes him want to wage the war that keeps killing her…

I had a ball reading this. Rishe is definitely on the “smart” end of villainess protagonists, mostly as she’s lived 5 years of a different life seven times. First she was a merchant, then an apothecary, etc. She even disguised herself as a man to become a knight… but Arnold ran her through. In this particular loopy, Arnold seems, around her, to be the standard shoujo manga love interest. Unfortunately, he also seems to have a destructive streak about him, and Rishe can’t quite figure out what’s behind it. The antagonist of this book is his younger brother Theodore, who seems to be the stereotypical “evil sibling” but also turns out to have greater depths than anticipated. I also liked how many of the characters in the show who are seen to be “betraying” someone are doing so because they’re poor and desperate – this book is not afraid to show us the disparity in class.

At the end of this volume, Theodore may have resolved some of his issues but Rishe is still a long way from learning the truth about Arnold. I definitely look forward to more volumes of her finding out. Recommended for villainess fans, romance fans, and mystery fans.