SEAN: It’s the most wonderful time of the year! What manga is giving us good cheer? 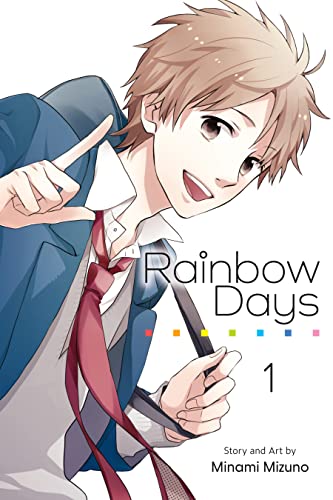 We start with Viz Media. Rainbow Days (Nijiiro Days) is a new Shojo Beat title from Betsuma. The timing on this seems off, as the anime aired in 2016. And it’s a 16-volume series, so get ready to invest. It’s about four boys, all with different ideas about romance.

MICHELLE: Huh. Somehow this one had totally escaped my notice.

ASH: I really ought to catch up with Snow White with the Red Hair.

SEAN: Tokyopop debuts Love Circus, a single volume BL title from Canna. A man who has tried to help a sex worker, and only ended up in debt, tries to kill himself… and wakes up at a sex establishment that caters to gay men.

Tokyopop also has the 2nd manga of Formerly, the Fallen Daughter of the Duke.

SEAN: Steamship has a 2nd volume of GAME: Between the Suits.

Seven Seas got its books back from the printers again. Our Torsos Align: Human x Monster Love (Toruso no Bokura) is from Libre’s Kurofune Zero, which seems to be its “shoujo but not quite BL” magazine. These are romance stories starring “monsters” – birdmen, mermaids, aliens, etc.

ASH: Seems to be a burgeoning sub-genre these days.

SEAN: Thunderbolt Fantasy is an omnibus of Vol. 1-2, and originally ran in Weekly Morning. Based on a wuxia show, it features a woman trying to protect a sword from evil men, and the strangers who help her.

ASH: The show was fantastic. I’m looking forward to giving the manga a try. 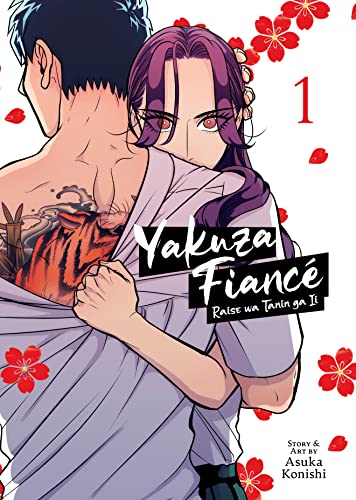 SEAN: Yakuza Fiancé: Raise wa Tanin ga Ii runs in Afternoon. A yakuza daughter with a resting bitch face is married off to a rival leader’s son to preserve the peace… but his son is a sadist! Now she has to give as good as she gets.

Also from Seven Seas: Arifureta: From Commonplace to World’s Strongest 9, The Case Files of Jeweler Richard 4, Citrus+ 4, The Dangers in My Heart 5, Hello, Melancholic! 3 (the final volume), His Majesty the Demon King’s Housekeeper 2, I’m a Wolf, but My Boss is a Sheep! 2, Reborn as a Space Mercenary: I Woke Up Piloting the Strongest Starship! 4, Seaside Stranger 5, and SPRIGGAN: Deluxe Edition 2.

SEAN: One Peace has the 6th volume of Higehiro: After Being Rejected, I Shaved and Took in a High School Runaway.

Kodansha’s calendar is still broken, so let’s go hunting. In print, the debut is Studio Ghibli: The Complete Works, an artbook/reference book that looks at all 26 of the studio’s films.

ASH: Oh! That should be nice.

SEAN: In addition, we see The Quintessential Quintuplets Part 2 Box Set (which has Vols. 8-14, the rest of the series), The Seven Deadly Sins Omnibus 7, Vampire Dormitory 8, and Whisper Me a Love Song 6.

Kodansha has a digital debut. The Shape-Shifting Witch’s Kiss (Toshi to Mahou wa Kiss Shidai) is a shonen title from Magazine Pocket, and involves a boy who seems to have been taken straight from Kubo Won’t Let Me Be Invisible, a witch, and daily kisses.

We also see The Abandoned Reincarnation Sage 8 (the final volume), Changes of Heart 8, Chihayafuru 35, The God-Tier Guardian and the Love of Six Princesses 4, Kounodori: Dr. Stork 30, Matcha Made in Heaven 2, My Master Has No Tail 8, and Raised by the Demon Kings! 3.

MICHELLE: I will never not be glad to see Chihayafuru continuing to plug along.

SEAN: Kaiten Books has a print edition of the 6th Loner Life in Another World manga. 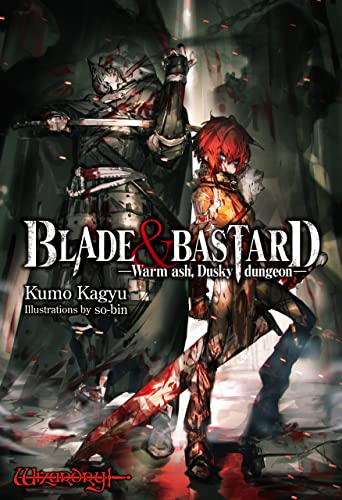 J-Novel Club Has three debuts, including one title that they just announced last week! BLADE & BASTARD: Warm ash, Dusky dungeon is based on the Wizardry RPG game, is by the writer of Goblin Slayer, is by the illustrator of Overlord, and is coming out the same day as the Japanese release. Impressive!

SEAN: An Introvert’s Hookup Hiccups: This Gyaru Is Head Over Heels for Me! (Inkya no Boku ni Batsu Game ni Kokuhaku Shitekita Hazu no Gyaru ga, Doumitemo Boku ni Betahore Desu) is another in the “super sweet love story” genre.

Peddler in Another World: I Can Go Back to My World Whenever I Want! (Itsudemo Jitaku ni Kaereru Ore wa, Isekai de Gyoushounin wo Hajimemashita) is another in the “slow life by selling Japanese things in isekai land” genre.

We also see Der Werwolf: The Annals of Veight -Origins- 8, My Daughter Left the Nest and Returned an S-Rank Adventurer 6, Record of Wortenia War 17, Reincarnated as the Piggy Duke: This Time I’m Gonna Tell Her How I Feel! 8, and the 9th manga volume for The Unwanted Undead Adventurer.

From HarperVia comes The Tatami Galaxy, possibly the most famous of Tomihiko Morimi’s novels, and now finally available in English! Starring a loser college student (I know, in a Morimi novel, contain your shock), it’s actually about parallel universes.

ASH: I’ve been waiting for this one.

SEAN: Ghost Ship has DARLING in the FRANXX 7-8 (the final volume) and SUPER HXEROS 9.

ASH: Sean, you know me so well! This is absolutely on my to-read list.

SEAN: From Denpa Books we see Guyabano Holiday, the new travelogue title by the author of Invitation from a Crab.

ASH: It feels like it’s been a long time coming; glad to see it finally released!

SEAN: They also have Inside Mari 9 (the final volume) and Vampeerz 2.

Airship, in print, debuts Free Life Fantasy Online: Immortal Princess. We discussed this when the digital came out. ZOMBIE GAMER.

Also in print: 7th Time Loop: The Villainess Enjoys a Carefree Life Married to Her Worst Enemy! 2, The Case Files of Jeweler Richard 2, The Saint’s Magic Power is Omnipotent 7, Trapped in a Dating Sim: The World of Otome Games is Tough for Mobs 7, and Vivy Prototype 2.