SEAN: It’s October, so all your manga tastes like pumpkin spice. Go one, try a page.

SEAN: Airship first. After a long wait, mostly as the series switched publishers in Japan and new contracts needed to be written, we have the 14th volume of Didn’t I Say to Make My Abilities Average in the Next Life?!. This is print AND digital, so no early stuff here. 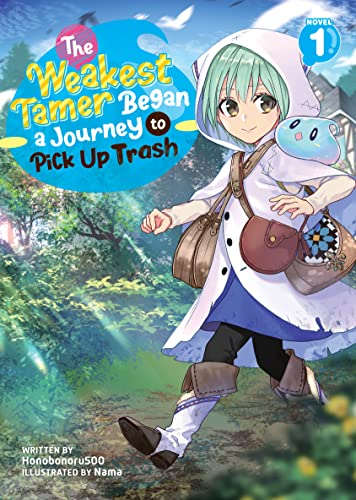 There is an early digital debut, though, with The Weakest Tamer Began a Journey to Pick Up Trash (Saijaku Tamer wa Gomihiroi no Tabi wo Hajimemashita). The premise sounds very similar to A Late Start Tamer’s Laid-Back Life, but we’ll see how this “my seemingly weak class and skills get me abused but they’re actually REALLY STRONG” series goes.

And we also have an early version of Survival in Another World with My Mistress! 3.

Cross Infinite World has a 2nd volume of I’d Rather Have a Cat than a Harem! Reincarnated into the World of an Otome Game as a Cat-loving Villainess.

ASH: Like Dark Horse’s other deluxe editions, these are hefty but beautiful volumes. I’m happily upgrading my collection.

Ghost Ship has a 5th volume of Sundome!! Milky Way.

A bunch of print for J-Novel Club. We see Ascendance of a Bookworm’s 11th manga volume, By the Grace of the Gods 10, The Faraway Paladin’s 4th manga omnibus, In Another World With My Smartphone 24, Seirei Gensouki: Spirit Chronicles Omnibus 7, The Unwanted Undead Adventurer 8, and The White Cat’s Revenge as Plotted from the Dragon King’s Lap 5.

The debut from J-Novel Club is Seventh. It’s the story of a noble who ends up cast from their family after being publicly disgraced, forced to try to find a way to survive. The catch is that this isn’t a villainess series, the lead character is a Duke. And not a villain. Then again, that younger sister of his looks suspiciously like an otome game heroine…

SEAN: Also digital: Ascendance of a Bookworm 21, Holmes of Kyoto 11, A Late-Start Tamer’s Laid-Back Life 4, My Friend’s Little Sister Has It In for Me! 8, My Stepmom’s Daughter Is My Ex 4, Sweet Reincarnation 7, Tearmoon Empire’s 2nd manga volume, and When Supernatural Battles Became Commonplace 4. 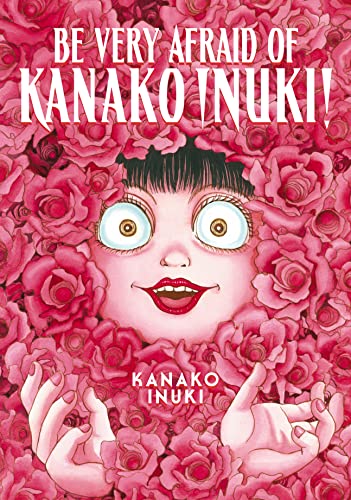 Kodansha’s print debut is Be Very Afraid of Kanako Inuki! (Inuki Kanako no Daikyoufu!), a horror one-shot from the “queen of horror manga”. This has several of her most famous short stories, designed to terrify young girls. They ran in various magazines.

ASH: I’m looking forward to giving this one a try. Always game for new horror manga.

SEAN: I forgot to mention, the author of these stories also did School Zone, a horror manga Dark Horse put out long, long ago which was reviewed by our own Kate Dacey. http://mangacritic.mangabookshelf.com/2010/10/24/my-10-favorite-spooky-manga/

MICHELLE: The first volume of Wandance was a lot of fun.

SEAN: As for digital… keeping in mind I am working from secondary sources… the debut is Raised by the Demon Kings! (Sodatechi Maou!). If you can imagine Three Men and a Baby but with rival demon kings, you’ve got this one. It ran in Magazine Special.

Also digital: The Abandoned Reincarnation Sage 6, Changes of Heart 6, Chihayafuru 34, Desert Eagle 4, A Galaxy Next Door 3, The God-Tier Guardian and the Love of Six Princesses 2, I’ll Never Send a Selfie Again! 5, Kounodori: Dr. Stork 28, My Boyfriend in Orange 12, and Our Love Doesn’t Need a Happy Ending 3 (the final volume) 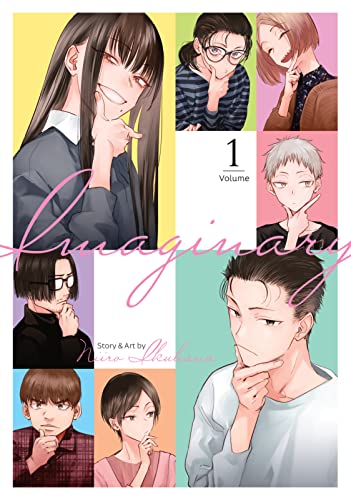 Imaginary is a josei title from Rakuen Le Paradis. A young man reconnects with a childhood friend he never confessed to. Can he manage to bond with her anew?

SEAN: Night of the Living Cat runs in Comic Garden, and the premise is horrifyingly adorable. Instead of zombies, humans who pet cats become cats themselves!

SEAN: The Summer You Were There (Kimi to Tsuzuru Utakata) is a Comic Yuri Hine series from the creator of The Girl I Want is So Handsome!. A shy girl is a romance writer, but when her classmate gets her hands on a manuscript, she suggests more writing experience… by the two of them dating!

Tentai Books theoretically has print releases for some of their recent digital-only light novels. We see From Toxic Classmate to Girlfriend Goals 1, I Kissed my Girlfriend’s Little Sister?! 1, There’s No Way a Side Character Like Me Could Be Popular Right? 3, and You Like Me, Don’t You? So, Wanna Go Out With Me? 1.

Tokyopop has the 11th volume of Konohana Kitan.

Viz debuts Romantic Killer, a Shojo Beat romance series from Shonen Jump +. (There was a HUGE fight about this online, but look, it’s shoujo, get over where it ran. I can’t believe I’M the one saying that, but…) A girl who’s not all that interested in guys is moved to a virtual reality where there’s nothing BUT hot guys. I’ve heard this is quite fun.

ANNA: Wow, it must be difficult for her to be surrounded by so many hot guys.

MICHELLE: Gotta get caught up on the Shojo Beat titles!

ANNA: Me too! Always glad to see a new volume of Yona. 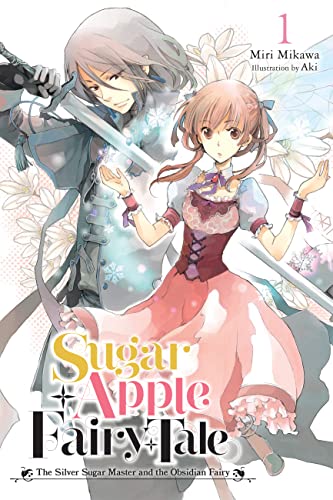 SEAN: Yen On debuts Sugar Apple Fairy Tale, a fantasy romance novel series from the creator of Culinary Chronicles of the Court Flower. The story of a candy crafter trying to become a Silver Sugar Master seems sweet as pie, but the “I’m purchasing a fairy, as they are treated like property in this world” will be a bar it’s going to have to clear.

ASH: The candy crafting side of things has potential, but… yeah.

SEAN: We also get Bottom-Tier Character Tomozaki 8.5, The Detective Is Already Dead 4, A Sister’s All You Need 13, Suppose a Kid from the Last Dungeon Boonies Moved to a Starter Town 10, and Wandering Witch: The Journey of Elaina 9.

Three debuts for Yen Press. Gahi-chan! runs in Comic Dengeki Daioh “g”, and has its sights firmly aimed at 14-year-old boys who love unrealistic body types. A manga artist finds his heroine has shown up on his door! She’s actually a yokai… who can eat his art and transform it into a suit of skin, which she then wears. Despite sounding like a horror premise, it’s an ecchi comedy.

ASH: The yokai part of that description caught my attention, but I’m not sure about the rest of it.

SEAN: Tsubaki-chou Lonely Planet is a shoujo title from Margaret, from the creator of Daytime Shooting Star. A girl whose father has put their family in debt finds a job as a housekeeper to a surly novelist. What’s worse, she has to live there.

MICHELLE: Interesting that Yen is picking up these Margaret titles. This is the second one, after No Longer Heroine.

ANNA: Cool, I’m curious about this.

SEAN: And Unnamed Memory is the manga adaptation of the wonderful light novel series. It runs in Comic Dengeki Daioh.

Also from Yen: Angels of Death Episode.0 4, Bungo Stray Dogs: Wan! 3, Chained Soldier 2, 86–EIGHTY-SIX 3, The Eminence in Shadow 5, The Fiancee Chosen by the Ring 2, Is It Wrong to Try to Pick Up Girls in a Dungeon? On the Side: Sword Oratoria 18, So I’m a Spider, So What? The Daily Lives of the Kumoko Sisters 4, Toilet-bound Hanako-kun 16, and Yowamushi Pedal 21.

ASH: I’m finally close to being caught up with Yowamushi Pedal and have been enjoying the ride.

SEAN: I guess EVERYONE finally got their manga back from the printers. What are you getting?