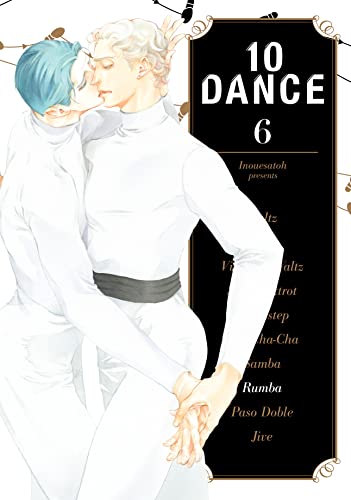 KATE: My pick of the week is The Way of the Househusband. This series should have run out of comic steam after two or three volumes, especially since the sight gags and misunderstandings could be boiled down to one simple idea: He’s a yakuza assassin who clips coupons! Seven volumes in, however, the jokes are still hitting the mark more often than not, thanks, in no small part, to Kousuke Oono’s ability to make everyday situations seem fraught with peril. Highly recommended!

SEAN: I’ll go with the final volume of Species Domain. It lagged a bit towards the end, but for the most part this high school comedy with fantasy elves, angels, ogres, and dwarfs has been the very definition of “better than it sounds”.

MICHELLE: I has been two years since the fifth volume of 10 Dance was released. To say that I am ready for more is an understatement! Volume six is absolutely my pick this week.

ASH: Wow, has it really been that long?! (Time seems to flow particularly strangely these days…) That being said, 10 Dance is definitely one of my top picks this week, along with the also previously mentioned The Way of the Househusband.

MELINDA: I am incredibly, INCREDIBLY behind on 10 Dance, which is to say I’m not sure I’ve ever read past the first two or three volumes. This needs to change! Hello to my pick of the week!

ANNA: I usually lose interest in comedy series at some point but The Way of the Househusband is still going strong, that’s my pick.