SEAN: If there’s turkey hog dogs and turkey burgers, is there turkey manga?

ASH: I have no doubt.

SEAN: Airship, in print, has Grimgar of Fantasy and Ash 16. 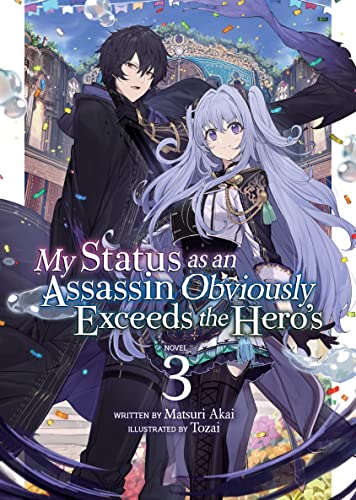 And for early digital we get Drugstore in Another World: The Slow Life of a Cheat Pharmacist 4 and My Status as an Assassin Obviously Exceeds the Hero’s 3.

Cross Infinite World has Since I Was Abandoned After Reincarnating, I Will Cook With My Fluffy Friends: The Figurehead Queen Is Strongest At Her Own Pace 3.

SEAN: This is already out and I missed it (it’s hard when the publisher only does a manga every few months), but Drawn and Quarterly has Red Flowers, from the legendary Yoshiharu Tsuge. Some of this was translated way back in the 1980s (remember Raw Magazine?), but this is a brand new version and looks excellent.

ASH: I got my hands on an early copy! It is indeed excellent.

SEAN: Ghost Ship has Do You Like Big Girls? 2 and Shiori’s Diary 2.

J-Novel Club has a digital light novel debut. Full Clearing Another World Under a Goddess with Zero Believers (Shinja Zero no Megami-sama to Hajimeru Isekai Kouryaku). Isekai. Weakest but actually the strongest. You know the drill.

Also out digitally: Arifureta Zero 5, The Master of Ragnarok & Blesser of Einherjar 18, The Unwanted Undead Adventurer 9, and Villainess: Reloaded! Blowing Away Bad Ends with Modern Weapons 3.

Kodansha, in print, has Blue Period 5 and Noragami: Stray God 23.

ASH: It’s been a while since I’ve read any Noragami; I should pick it back up again. 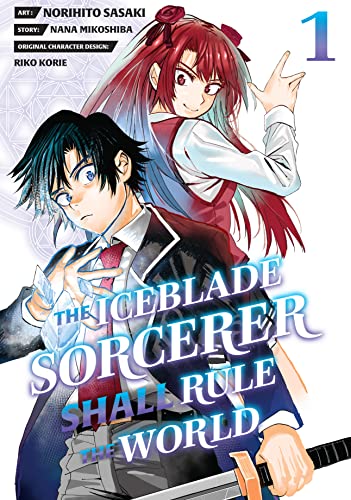 SEAN: The digital debut, which just had a Fall 2022 print release announced at Anime NYC, is The Iceblade Sorcerer Shall Rule the World (Hyouken no Majutsushi ga Sekai o Suberu – Sekai Saikyou no Majutsushi de Aru Shounen wa, Majutsu Gakuin ga Nyuugaku Suru), a Magazine Pocket series about a magical academy and the one commoner among aristocrats. But it turns out, despite not being a noble… he’s super powerful? Who’da thunk?

One Peace Books has the 6th manga volume of The Reprise of the Spear Hero.

Three debuts for Seven Seas. I Am a Cat Barista (Wagahai wa Neko de Aru, Shokugyou wa Barista) comes from Overlap’s josei magazine Comic Qurie. It’s a bartender helps people with problems sort of title… but the bartender is, of course, a cat.

MICHELLE: This made me think of Neko Ramen for the first time in years.

SEAN: Magaimono: Super Magic Action Entertainment (Magaimono) comes from Young Magazine the 3rd, and is about a girl who searches for odd things suddenly finding herself in the middle of a VAST CONSPIRACY!

And A Tale of the Secret Saint (Tensei shita Daiseijo wa, Seijo de aru koto wo Hitakakusu) is the manga version of the light novel that Seven Seas has already released. It runs in Comic Earth Star.

ASH: I am duly intrigued!

SEAN: Also out: Alice & Zoroku 9, Arpeggio of Blue Steel 19, Citrus+ 3, Didn’t I Say to Make My Abilities Average in the Next Life?! Everyday Misadventures! 3, Muscles are Better Than Magic! 3, and My Senpai is Annoying 6. 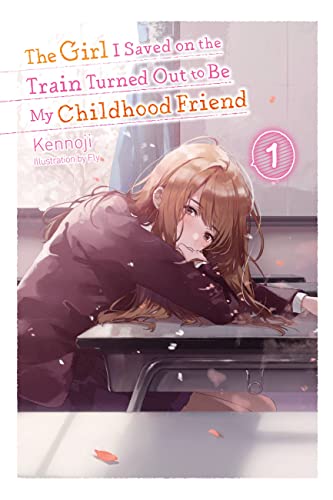 Yen On has two debuts. The Girl I Saved on the Train Turned Out to Be My Childhood Friend (Chikan Saresou ni Natteiru S-kyuu Bishoujo wo Tasuketara Tonari no Seki no Osananajimi datta) is by the author of Hazure Skill and Drugstore in Another World, but the genre seems to be more along the lines of something the artist, fly, would do. Childhood friends who’ve grown apart get closer because of… well, the plot.

The Otherworlder, Exploring the Dungeon (Ihoujin, Dungeon ni Moguru) is about a guy who is hired to join a team of experts and take on a dungeon in another world. The trouble is, after the transport, he’s the only one there. Can he find allies?

ASH: Seems to be a slightly different twist than usual.

SEAN: Also from Yen On: The Executioner and Her Way of Life 3, Goblin Slayer 13, and Rascal Does Not Dream of a Dreaming Girl (the 6th and saddest in the series).

Yen Press debuts Cheeky Brat (Namaikizakari), whose cover may remind you a bit of old Tokyopop shoujo manga. This is a long running Hana to Yume series (22 volumes so far) about a girl who hates a guy but has to deal with him anyway because he’s on the basketball team and she’s the manager.

SEAN: And we also see Can’t Stop Cursing You 2, The Devil Is a Part-Timer! 17, Goblin Slayer Side Story II: Dai Katana 2, Golden Japanesque: A Splendid Yokohama Romance 3, I’m the Villainess, So I’m Taming the Final Boss 2, Lust Geass 4, and Reborn as a Polar Bear 6.

What manga are you reading with cranberry sauce?