SEAN: The end of January still has some choice titles coming out.

Seven Seas has rolled out its Airship imprint, so given I separate Ghost Ship titles I should probably do the same with Airship. Next week we get ROLL OVER AND DIE: I Will Fight for an Ordinary Life with My Love and Cursed Sword! 2 in a digital-first edition.

SEAN: Cross Infinite world has the 2nd volume of Hello, I am a Witch and my Crush Wants me to Make a Love Potion!.

A bunch of Ghost Ship titles, including Destiny Lovers 5, Parallel Paradise 4, Welcome to Succubus High! 2, and Yuuna and the Haunted Hot Springs 12. 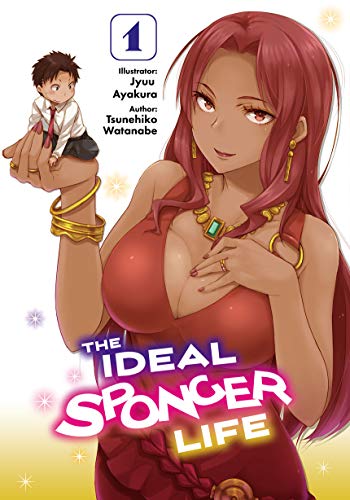 J-Novel Club’s debut is one that manga fans will have seen before, as Seven Seas has been releasing the manga. The Ideal Sponger Life, where a young man gets isekai’d to another world so that he can be the husband of the reigning Queen. This is definitely one of those “come for the romance, stay for the politics” titles, and I look forward to it.

Also from J-Novel Club: Black Summoner 3, Mapping: The Trash-Tier Skill That Got Me Into a Top-Tier Party 3, and My Instant Death Ability is So Overpowered, No One in This Other World Stands a Chance Against Me! 3. Three is a magic number?

Kodansha has two print debuts, though one has been out before digitally. Orient is the newest title from the creator of Magi, Shinobu Ohtaka. They’re in Shonen Magazine rather than Shonen Sunday, but despite that, it doesn’t seem to have more fanservice…

ASH: I plan on giving this one a look eventually; I’ve really enjoyed what I’ve read of Magi.

ANNA: One of these days I need to read all of Magi.

SEAN: The other debut is Sachi’s Monstrous Appetite (Ano Hito no i Ni Wa Boku Ga Tarinai), which runs in Morning Two. A boy loves his tall classmate, and she likes him too… because he smells delicious! Turns out she’s a monster, and monsters are drawn to his scent. Fortunately, she agrees to protect him rather than eat him. I admit I might pass on this if it weren’t in Morning Two, a magazine I respect.

ASH: There is that! 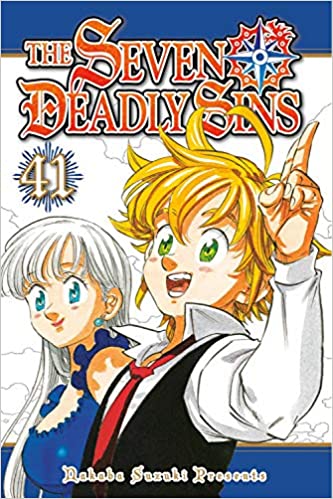 SEAN: Also in print: Fire Force 21, Magus of the Library 4, The Seven Deadly Sins 41 (the final volume), and Yamada-kun and the Seven Witches 23-24, which is not only in 2-in-1 status but is also now on a YEARLY schedule. Does it really sell that badly now?

ASH: Magus of the Library has impressed me with how much reality has been accurately incorporated into its fantasy. It looks good doing it, too!

SEAN: Digitally our debut is My Unique Skill Makes Me OP Even at Level 1 (Level 1 Dakedo Unique Skill de Saikyou Desu), which runs in Suiyoubi no Sirius. There’s a bunny girl on the cover, and the “hero” is way in the background. Should tell you everything you want to know about this.

Seven Seas’ debut manga is The Demon Girl Next Door (Machikado Mazoku), a 4-koma series that runs in Manga Time Kirara Carat. A teenage girl wakes up one morning with demon horns and a tail, and is told her job is to defeat the magical girl. Unfortunately, her power is… kind of like that of the first boss who gets killed off in Episode 3. Could be cute, could be dull.

Also from Seven Seas: The Conditions of Paradise: Azure Dreams (the third in that series), Cutie and the Beast 2, How NOT to Summon a Demon Lord’s 10th manga volume, and Our Teachers Are Dating! 2.

MICHELLE: I hadn’t even managed to read the first Cutie and the Beast yet!

ASH: I’m liking the series, so far, and will be picking up the second volume to see where it goes.

ANNA: I’m with Michelle, I’m already behind on Cutie and the Beast. 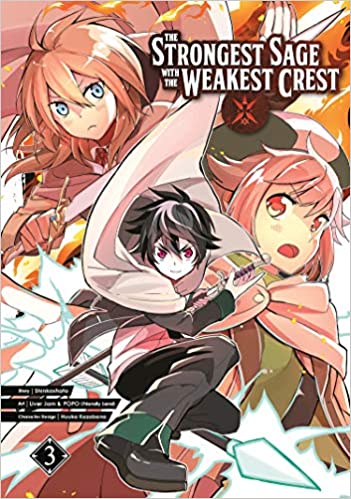 SEAN: Square Enix tries to blast us with long titles, as we get The Misfit of Demon King Academy: History’s Strongest Demon King Reincarnates and Goes to School with His Descendants 3 and The Strongest Sage with the Weakest Crest 3. (What is it with Vol. 3s next week?)

Vertical has the 11th volume of To the Abandoned Sacred Beasts.

Yen On has the 2nd light novel volume of High School DxD. Still banned from Kindle!

Yen Press did a lot of very last minute delays when I did Manga the Week of last week, and then un-delayed them even more last-minute, so some titles I didn’t mention are already out. Angels of Death 11, IM: Great Priest Imhotep 7, and the debut of Re: Zero’s 4th arc, The Sanctuary and the Witch of Greed, in manga form. Don’t be surprised if I say the same thing next week.

For actual next week stuff, Yen Press has a sort-of debut – this was released chapter by chapter ages ago, and is now getting a collected-in-one omnibus. Grim Reaper and Four Girlfriends (Shinigami-sama to 4-nin no Kanojo) ran in Gangan Joker. A nebbish guy avoids being killed by the Grim Reaper by declaring he’ll live life to the fullest from now on. He writes a confession letter… in fact, he writes four of them, knowing they’ll turn him down. They all accept. Welcome to four-timing! Gotta say, this does not sound great.

SEAN: Speaking of omnibuses, there’s also Cirque du Freak: The Manga, which is getting a new omnibus edition. Warning: Darren Shan. (Indeed, in Japan the manga was CALLED Darren Shan, as the author’s pen name is also the main character’s name.)

Also from Yen Press: Fiancée of the Wizard 2 and Hakumei & Mikochi: Tiny Little Life in the Woods 8.

ASH: I meant to give the first volume of Fiancée of the Wizard a read, but haven’t actually done that yet. Better get to it before I get too far behind!

SEAN: Lotsa interesting stuff. Anything for you?