SEAN: We start off with J-Novel Club, who have a giant pile of stuff, including several debuts. 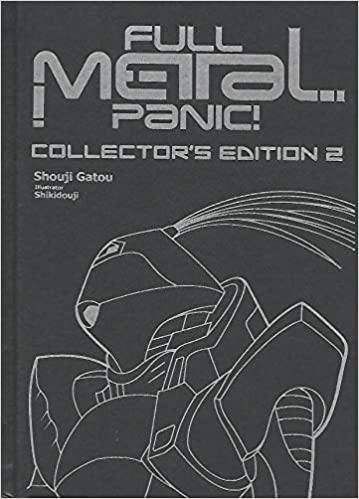 No debuts for print, but we do see An Archdemon’s Dilemma 9, Ascendance of a Bookworm’s 3rd manga volume, Full Metal Panic 4-6 in a hardcover omnibus, I Shall Survive Using Potions! 2 (manga version), Infinite Dendrogram 10, and My Next Life As a Villainess! 5.

ASH: I’ve been enjoying the Ascendance of a Bookworm novels, but haven’t actually gotten around to reading the manga yet.

Speaking of Overlap, they’re the publisher of the light novel Dungeon Busters, which debuts next week. Our hero finds a dungeon in his backyard… and suddenly there’s 666 of them all over the world, which need to be cleared in ten years or the world will end! What to do? Start a company dedicated to clearing dungeons.

If you’re tired of fantasy dungeon crawls, there is also Our Crappy Social Game Club Is Gonna Make the Most Epic Game (Jakushou Soshage-bu no Bokura ga Kamige wo Tsukuru made). A former amateur social game maker has transferred schools due to past trauma, but cannot help but be drawn into the Social Game Club there too. The whole club is weird. The club is also about to be disbanded. Can he help them?

Also out digitally: Ascendance of a Bookworm 9, Discommunication 6, Grimgar of Fantasy and Ash 16, Infinite Dendrogram 6 (manga version), and the 5th and final version of My Little Sister Can Read Kanji, whose other volumes came out when J-Novel Club had just begun.

Kaiten Books has a manga debuting digitally. Gacha Girls Corps (Gacha o Mawashite Nakama o Fuyasu Saikyou no Bishoujo Gundan o Tsukuriagero), from Micro Magazine’s Comic Ride, is based on a light novel (not licensed here), and its premise seems to be “In Another World with My Gacha Rolls”.

In print, Kodansha has a 2nd Blue Period, Saiyuki 4, and Sweat and Soap 5.

ASH: I’m just now getting around to giving Sweat and Soap a try; I’ve been hearing good things. 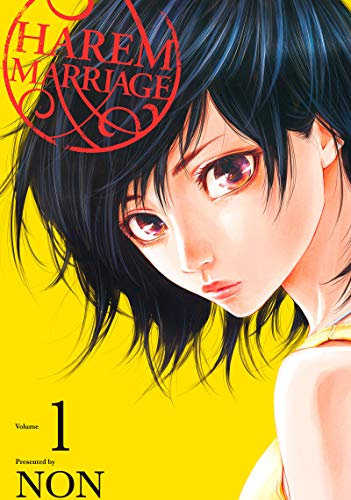 SEAN: Digitally the debut is Harem Marriage (Hare Kon), a manga that ran in Young Magazine. A woman who has had bad luck at love moves back to the country, only to find the bad luck follows her – her family are deeply in debt! A stranger offers to take care of the debt if she marries him. The thing is, their town has legalized polygamy, and he already has TWO other wives. If you find the idea of harem manga interesting but want one far more realistic and seeped in drama and sex, this might interest you.

SEAN: There’s also All-Rounder Meguru 18, the 7th and final Cells at Work: Bacteria!, Drifting Dragons 9, The Hero Life of a (Self-Proclaimed) “Mediocre” Demon! 5, The Invincible Reincarnated Ponkotsu 2, and Smile Down the Runway 17.

Seven Seas has several debuts, though we’ve seen two of them in digital form already. Berserk of Gluttony and Muscles Are Better Than Magic get their light novels debuts in print.

The manga debut is A White Rose in Bloom (Mejirobana no Saku), a yuri title from the creator of Classmates that comes from Rakuen le Paradis. A girl at an elite boarding school is forced to stay over the holidays, and the only other student there is the aloof ice queen. The author and magazine this is from make me very, very interested.

ASH: I love Asumiko Nakamura’s work, so I am very much looking forward to this series. 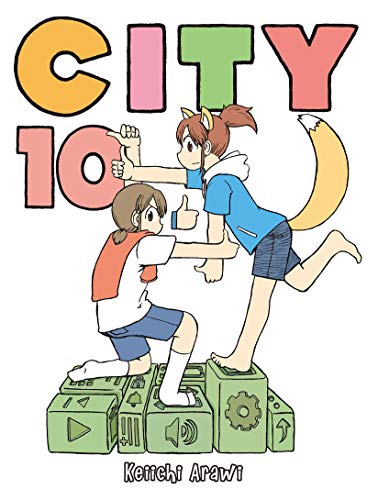 Vertical has the 10th volume of CITY.

Viz has no debuts, content to merely be releasing new volumes for most of the best-selling manga in the world.

On the shonen side, there’s Black Clover 24, Haikyu!! 42, Jujutsu Kaisen 0 (the “pilot” for the ongoing manga), Moriarty the Patriot 2, My Hero Academia 26, Platinum End 12, and The Promised Neverland 18.

MICHELLE: I’ll be reading a bunch of these!

ANNA: I need to check out Moriarty the Patriot.

ASH: I picked up the first volume but still need to read it.

SEAN: On the shoujo side, we get Daytime Shooting Star 10, An Incurable Case of Love 6, Love Me Love Me Not 6, Prince Freya 4, Snow White with the Red Hair 11, and Takane and Hana 16.

MICHELLE: And also a bunch of these!

ANNA: It is a good week for me!

SEAN: Lastly a trio of titles from Yen Press: Breasts Are My Favorite Thing in the World 3, Sacrificial Princess and the King of Beasts 12, and That Time I Got Reincarnated as a Slime: The Ways of the Monster Nation 3.