SEAN: Need a distraction from the real world? There’s manga. 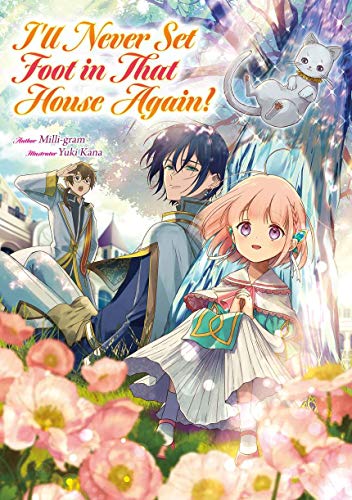 J-Novel Club starts us off with a debut light novel, I’ll Never Set Foot in That House Again! (Nidoto ie ni wa Kaerimasen!). A J-Novel Heart title, this is about an abused young noble daughter who one day is found to have a rare Skill. Now she’s taken off to the research labs and treated like a princess. But will her family stand for that? This is a rare shoujo title where the heroine is more “cute and moe” than the typical “energetic and spunky”.

J-Novel Club also debuts the manga version of the Marielle Clarac series, The Engagement of Marielle Clarac. Fans of the books will want to pick this up, it’s a lot of fun.

Also out from J-NC: Black Summoner 2, In Another World with My Smartphone 21, The Magic in This Other World Is Too Far Behind!! 6 (manga version), Monster Tamer 2, Outbreak Company 15, and Slayers 3.

Kodansha, in print: Drifting Dragons 6, Hitorijime My Hero 8, Knight of the Ice 4, and Saint Young Men 4.

MICHELLE: I’ll be checking out Hitorijime My Hero and <i.Knight of the Ice for sure.

ANNA: I find <i.Knight of the Ice delightful.

SEAN: The digital debut is Peach Boy Riverside, one of the endless titles that are written by Coolkyousinnjya of Miss Kobayashi’s Dragon Maid fame. It’s about a princess who meets the equivalent of Momotaro (hence the title) and chases after him. It runs in Shonen Magazine R.

Also digital: Ace of the Diamond 29, Cells at Work and Friends! 4 (the final volume), Giant Killing 23, My Roomie Is a Dino 4, Practice Makes Perfect 2, Shaman King: Flowers 4, Tokyo Revengers 18, and We Must Never Fall in Love 3.

MICHELLE: Yay for new volumes of two of my favorite sports manga!

SEAN: One Peace has an 18th volume of The Rising of the Shield Hero. 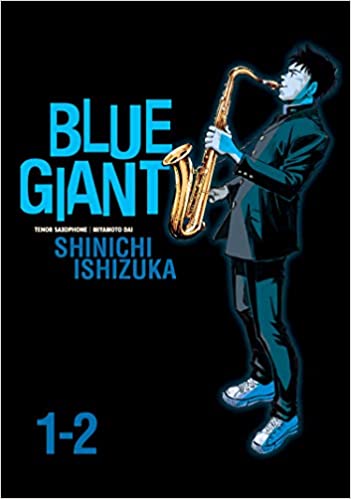 Seven Seas has a number of debuts. Blue Giant is a series that is coming out here in double-volume omnibuses, and ran in Shogakukan’s Big Comic. It’s essentially a sports manga, if the sport was jazz saxophone. It’s won multiple awards. I cannot wait.

ANNA: Wow, I wasn’t aware of this before but it does sound amazing.

ASH: I am really looking forward to this one!

SEAN: I’m in Love with the Villainess! came out digitally already, but it was so good that you should get the print version as well. Volume 1 is out next week.

ASH: I’ve heard so many good things about this series; I’m excited to finally have the chance to read it!

SEAN: Rainbow and Black (Niji to Kuro) is a weird slice-of-life manga about a young woman and her… bird-puff… thing. It’s from Ichijinsha’s Comic Rex.

ASH: I do like weird, so count me as curious.

ASH: It sounds bizarre enough that I’m willing to give it a try to find out.

SEAN: Also out from Seven Seas: Arpeggio of Blue Steel 16, The Conditions of Paradise: Our First Time (essentially a Vol. 2), Grimgar of Fantasy and Ash 14, How a Realist Hero Rebuilt the Kingdom 8, Kuma Kuma Kuma Bear 3 (manga version), Magic User: Reborn in Another World as a Max Level Wizard novel 3, Primitive Boyfriend 3 (the final volume), and Sorry for My Familiar 7.

MICHELLE: I’ll be checking in to see how Primitive Boyfriend ends.

SEAN: Square Enix debuts the manga version of By the Grace of the Gods, which has a light novel (from J-Novel Club) and an anime this fall as well. It’s a slow life reincarnation isekai with cute kids and slimes.

SuBLime debuts Birds of Shangri-La (Shangri La no Tori), a BL series that, erm… is hard to describe in a work-safe way. If you know what a fluffer is, you’ll know what this is about. It runs in Canna magazine, and is from the author of Coyote and Liquor and Cigarettes. 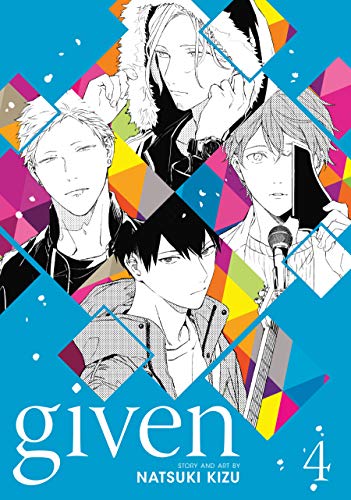 They also have a 4th volume of Given.

ASH: I’ll admit that I’ll be picking both of these up.

MICHELLE: I need to catch back up on Requiem of the Rose King.

SEAN: Yen On has The Eminence in Shadow 2 and Wandering Witch 3.

Lastly, Yen has a one-shot title, My Broken Mariko, which ran in Comic Bridge. a josei title about a woman who finds her best friend just killed herself and the search as for why that happened. This deals with themes of abuse and suicide, but is also supposed to be fantastically written.

MICHELLE: I’m very much looking forward to this.

ANNA: I’m always going to check out some josei.

ASH: I’ve heard some very good things about this manga and plan on giving it read when I can.

SEAN: Did you vote? If you did, please read some manga to cool down.