SEAN: It’s October, and we are all having pumpkin spice something!

Dark Horse debuts Blade of the Immortal!… again. Deluxe hardcover this time, 576 pages, even has a bookmark ribbon to show it’s class.

ASH: Blade of the Immortal holds a very special place in my heart. While I didn’t double-dip for the paperback omnibus edition, I will be picking up these new deluxe hardcovers; Dark Horse has been doing a beautiful job with them.

ANNA: I’m sort of tempted but I also have such limited bookshelf space!

SEAN: J-Novel Club has some print titles for us. Ascendance of a Bookworm 6, How NOT to Summon a Demon Lord 12, I Shall Survive Using Potions! 2, In Another World with My Smartphone 12, and the 4th Marginal Operation manga.

ASH: Ascendance of a Bookworm is the one catching my eye here. 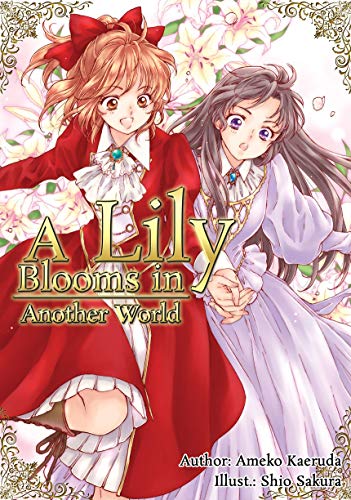 The digital debut is A Lily Blooms in Another World, a one-shot light novel by the author of Sexiled. It’s an “otome game villainess” story (where our heroine, once again, loves the villainess – see two weeks ago for more of this), but I loved Sexiled, so will definitely be giving this a chance.

ASH: Oh! I hadn’t made the author connection yet! Sexiled is indeed great, so I may need to add this one to my list, too. (If/when it is released in print.)

Kodansha… let’s see. In print, we get Granblue Fantasy 5 and Maga-Tsuki 11-13 (which ends the series, a series that started so long ago I forget what it’s about. It has brides on the cover, though.)

Digitally, the debut is Four Kisses, in Secret (Kisu wa Kossori to). This is a one-shot short story collection of four one-shots that appeared in Dessert. Expect romance.

And 35 volumes of Shaman King. We discussed this before, but the delay has finished, and they’re due out next week.

And we get Cells at Work: Bacteria! 4, Chihayafuru 22, A Condition Called Love 6, Grand Blue Dreaming 11, Our Precious Conversations 7 (the final volume), Smile Down the Runway 14, Star⇄Crossed!! 3, That Time I Got Reincarnated (Again!) as a Workaholic Slime 2 (also a final volume), To Be Next to You 10 (also also a final volume), and You Got Me, Sempai! 9.

MICHELLE: Of course, I must cheer for more Chihayafuru but am also happy for the conclusion of To Be Next to You, which I’ve really enjoyed. I also need to read Our Precious Conversations at some point, as it’s by the creator of My Little Monster, which I liked.

ANNA: One of these days I need to catch up on Chihayafuru, I have a few digital volumes stockpiled.

SEAN: Seven Seas has only one print release next week, Made in Abyss Official Anthology – Layer 1: Irredeemable Cave Raiders. As noted, this is a doujinshi anthology of the popular manga.

ASH: I haven’t read much of Made in Abyss yet myself, but I do still like seeing these sorts of anthologies released.

SEAN: Digitally we see a 7th volume of Reincarnated As a Sword.

This is the one-month anniversary of my saying “Tokyopop has the 6th omnibus volume of Aria the Masterpiece.” And it’s still true! Ah, 2020, truly the most delay-filled year…

Vertical gives us a 6th Kino’s Journey, and also wants to let you know that Dissolving Classroom and Velveteen and Mandala are out digitally now. 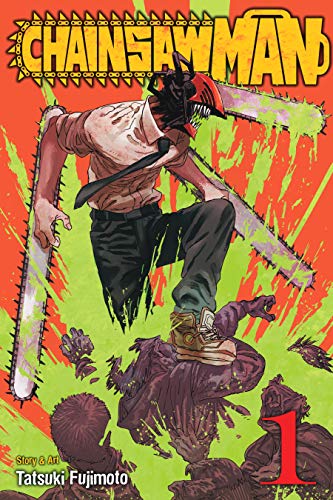 Viz knows that this first week of the month belongs to them, and has pulled out all the stops. We start with Chainsaw Man, a highly acclaimed fan favorite… from the author of Fire Punch. Somehow those two things go together. I’ve been told it’s a lot of fun, but also really defines the “black” in “black comedy”.

ASH: I’ve likewise heard some great things about Chainsaw Man! I wasn’t a huge fan of Fire Punch, but I plan on checking this series out.

ANNA: I thought it was fun.

SEAN: Moriarty the Patriot (Yuukoku no Moriarty) is the other debut, a Jump Square series reimagining Moriarty from Sherlock Holmes as a protagonist.

ASH: Another one about which I am curious.

ANNA: This was not on my radar before but this sounds interesting.

SEAN: And there’s Revolutionary Girl Utena: After the Revolution, a one-shot manga volume from the Utena manga creator. The Utena manga and I do not get on, but I’ve heard that there are things to like about this.

ASH: I really liked The Adolescence of Utena manga, but I haven’t actually read the manga series. (Shocking, I know!!) I’ll be fixing that in the near future, and will be picking up After the Revolution, too.

MICHELLE: I’ve read the original and The Adolescence of Utena, but it was in 2006, right before I started reviewing. I remember a little. In general, I don’t have a lot of patience with narratives that don’t make complete sense, but I will still probably check out After the Revolution.

ASH: I’m a couple volume behind with The Demon Prince of Momochi House, but as a whole I’ve been enjoying it.

MICHELLE: So many final volumes this week!

ANNA: Ah! I didn’t realize these series were concluding! Both very good.

ASH: Oooh, some other good titles from Viz, too.

ANNA: This is a happy week for me!

SEAN: Meanwhile, no one woke Yen when September ended, as they still have some releases that slid to next week. Including a debut… well, sequel… ACCA-13 PS. As you can imagine, this is an epilogue to the original.

ASH: Natsume Ono is one of the creators whose work I will always make a point to read.

What manga is in the autumn of your year?