SEAN: It’s the end of May, and the schedule is still not back to normal, but we soldier on regardless.

ASH: Bring on the manga!

I’m starting to give up on predicting when Kodansha’s “digital early” releases of their print books will come out. Theoretically we’ll see Cells At Work: Code BLACK 5 and Yuzu the Pet Vet 2. 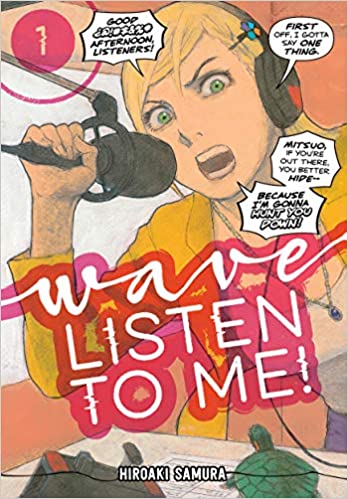 That said, actually coming out in print are the first two volumes of Wave, Listen to Me!. Now with a polarizing anime!

ANNA: I want to check this out.

ASH: I’m thrilled this is being released in print!

MELINDA: Definitely ready to give this a look!

MICHELLE: I’ve enjoyed I Fell in Love After School thus far. And of course I am here for DAYS.

SEAN: One Peace has the 2nd volume of The New Gate.

Seven Seas have three debuts, all digital-first. Makeup is Not (Just) Magic: A Manga Guide to Cosmetics and Skin Care (Make wa Tada no Mahou Janai no Beginners) is actually a josei title from Kiss, and sounds like one of those “The Manga Guide To Quantum Mechanics” style books. A young woman learns about makeup through her glamorous friend. It’s done in one, though there is an (unlicensed) sequel that came out this year in Japan.

ANNA: I am intrigued by skin care manga. 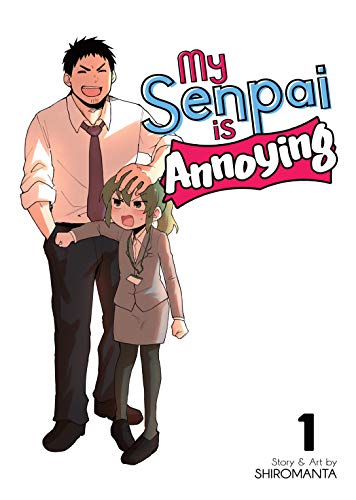 SEAN: My Senpai Is Annoying (Senpai ga Urusai Kouhai no Hanashi) is a comedic romance that runs on Ichijinsha’s Comic Pool site. It’s the same magazine that has Wotakoi. Let’s hope it is as good as Wotakoi: the premise of “huge guy with his tiny office coworker who looks like a child” starts with a strike against it. (He’s the annoying one.)

SEAN: And the first PENGUINDRUM light novel is out digitally. Yes, I know I said it was back in March. It got bumped.

ASH: Will be waiting for this one to be released in print, personally.

Vertical has a 4th Bakemonogatari manga out digitally, which should start the Suruga Monkey arc.

And now Yen Press, who nostalgically are releasing everything on the same week. This month is smaller than usual for them, though. And these ARE print (and mostly digital too).

SEAN: Yen On debuts – finally, it was originally scheduled for August 2019 – A Mysterious Job Called Oda Nobunaga. From the creator of I’ve Been Killing Slimes for 300 Years and You Call That Service?, this light novel seeks to answer the question “do casuals know enough about the Sengoku Period to know what this is talking about?”. It helps that the fantasy world this kid lives in doesn’t know either – when he gets “Oda Nobunaga” as his chosen calling, no one has any clue what it is. This could be a disaster, but it’s only 3 volumes long, so…

Also out from Yen On is The Alchemist Who Survived Now Dreams of a Quiet City Life 3, The Asterisk War 13, Death March to the Parallel World Rhapsody 11, Strike the Blood 15, and Suppose a Kid From the Last Dungeon Boonies Moved to a Starter Town 2. 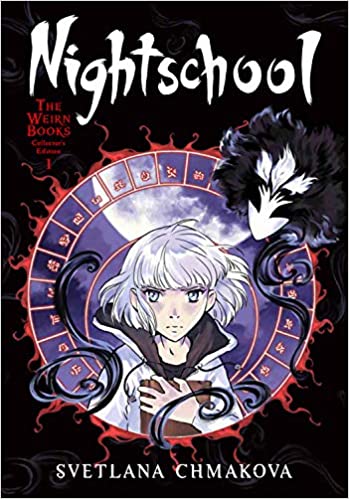 Yen Press has no new debuts, but they are putting out the first Collector’s Edition of Nightschool, the OEL series from Svetlana Chmakova.

MICHELLE: I had this idea that Chmakova was going to continue Nightschool at some point, but that doesn’t seem to have happened. Perhaps this rerelease is to remind people about the series and gauge interest? I certainly would read more!

ASH: It’s been a while, but I do recall liking Nightschook.

MELINDA: I would read more Nightschool!

SEAN: Hey, remember when I said that The Melancholy of Suzumiya Haruhi-chan 11 was the final volume? Back in 2017? Possibly as it had the word ‘FINAL’ on its cover? Guess what, folks, the real final volume is out next week. You can tell it’s really finally final as they’re running away while waving to the reader on the cover.

What manga are you reading instead of going to a parade?