SEAN: The dog days of August are here, but no worries. There’’s stuff here for you. A lot of stuff. 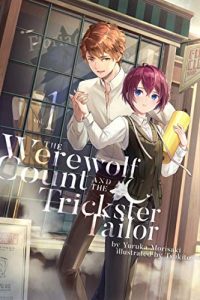 Cross Infinite World has The Werewolf Count and the Trickster Tailor, another romance novel from Japan. These are usually fun.

J-Novel Club has a pile of print releases next week. How NOT to Summon a Demon Lord 5, If It’s for My Daughter, I’d Even Defeat a Demon Lord 4, In Another World with My Smartphone 5, and The Magic in This Other World Is Too Far Behind! 4.

They also have digital light novels, as we get Campfire Cooking in Another World 2, Crest of the Stars 2, Demon King Daimaou 12, and Invaders of the Rokujouma!? 22.

Kodansha has some print releases that Manga Bookshelf loves. We get 10 Dance 4, Again!! 10, and the 8th volume of Tokyo Tarareba Girls.

MICHELLE: All of which are worth reading!

ASH: They really are! I’m closely following all of these series.

SEAN: Kodansha Digital debuts Goodbye! I’m Being Reincarnated, a shonen series that started in Shonen Magazine R but has moved up to the weekly big leagues recently. A guy is visited by a princess who needs a hero from another world! The trouble is that he can’t be transported to the other world… he has to be reincarnated. Which means she has to kill him.

ASH: Well now, that could be an interesting twist.

Seven Seas debuts the print version of Reincarnated As a Sword, which is apparently better than my attempt to read it made it seem. There’s also My Monster Secret 17, Saint Seiya: Saintia Sho 7, Shomin Sample 10, and the 3rd digital novel for Skeleton Knight in Another World.

Vertical has a 13th Devils’ Line. 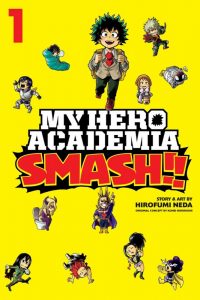 It’s the start of the month, so there’s a pile of Viz. The debut is another My Hero Academia spinoff, My Hero Academia SMASH! As you might guess from the title, it’s a gag comic. Should be silly and fun.

SEAN: Shoujo is just as filled with must-haves. Ao Haru Ride 6, the 7th and final volume of Behind the Scenes!!, Idol Dreams 6, Shortcake Cake 5, Takane & Hana 10, and Yona of the Dawn 19.

ANNA: AIEEE, so many favorites coming out this week.

MICHELLE: Dang. So many awesome titles for both demographics!

SEAN: Lastly, Yen has some stuff left over from July that’s coming out in August. Cocoon Entwined (Mayu, Matou) debuts; it’s a yuri story set at an all-girls school, but it’s from Comic Beam, so I have hope.

ASH: At the very least, the cover art is lovely.

SEAN: Killing Me! is also out; it’s also yuri, though the fact that it’s from Media Factory’s Comic Cune makes me think it’s definitely “yuri for guys”. Vampire and vampire hunter in school.

And we have High School Prodigies Have It Easy Even in Another World 4, DanMachi: Sword Oratoria 8 (manga version), Murcielago 11, So I’m a Spider, So What? 6 (manga version), and Umineko When They Cry: Twilight of the Golden Witch omnibus 2.

While Kate ponders how to choose between Again!! and The Promised Neverland for Pick of the Week, what are you getting?