SEAN: This is the first of two relatively quieter weeks, manga-wise. Relatively.

Blade of the Immortal has its 9th Omnibus edition from Dark Horse.

ASH: Still a great way to get into the series; some of the individual volumes are getting really hard to find! 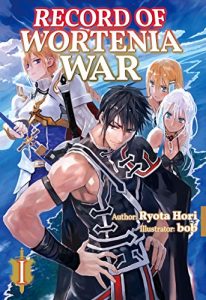 SEAN: Debuting digitally is Record of Wortenia War, which from what I understand is very much ON the beaten path – but hey, fans love to read that sort of thing these days.

They’ve also got Ascendance of a Bookworm 2, Full Metal Panic! 2, and Welcome to Japan, Ms. Elf! 2. It’s a Volume 2 bonanza!

Kodansha debuts Magus of the Library (Toshokan no Daimajutsushi), which is from good! Afternoon. The author also does 7th Garden. Elf kids meet librarians in a manga that reminds me a bit of Magi in its feel.

ANNA: Is the art the same as 7th Garden? Because I dig manga librarians, but not so much male gaze…

In print, there’s a 4th Hitorijime My Hero.

MICHELLE: I’m happy that this series has improved a lot since its first volume.

SEAN: On the digital-only front, we have Kira-kun Today 9 (which I think is the last?), Ran the Peerless Beauty 5 (which is not the last but is caught up to Japan), and World’s End and Apricot Jam 6 (which is definitely the last).

MICHELLE: Ran is so very charming. I’m looking forward to the conclusion of World’s End, too, which I liked more than anticipated. 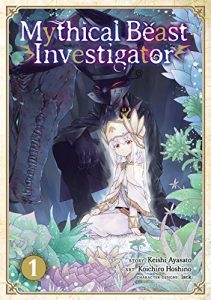 SEAN: Seven Seas debuts Mythical Beast Investigator (Genjuu Chousain), the latest in a string of “mild supernatural world” titles along the lines of How to Treat Magical Beasts and the like… except it’s apparently by the author of Torture Princess. It ran in Kadokawa’s Famitsu Comic Clear.

ASH: Huh, I hadn’t made the author connection yet, but I am curious about the series.

SEAN: Also debuting is the manga adaptation of Skeleton Knight in Another World.

And we get the 6th Arifureta novel in print, Himouto! Umaru-chan 6, the 7th Make My Abilities Average! Novel digitally, and Tomo-chan Is a Girl! 4, one of my favorite new series.

SuBLime has the 2nd volume of Coyote and the 6th volume of Roadrunner… erm, I mean Crimson Spell.

ASH: I actually really like Crimson Spell in all its drama-filled, smutty ridiculousness.

ANNA: That has been low key on my radar but I haven’t checked it out yet.

SEAN: Vertical gives us the 2nd volume of the Knights of Sidonia Master Edition.

From Viz, we have Case Closed 71, The Legend of Zelda: Twilight Princess 5, Radiant 6 and Rin-Ne 30.

ASH: I need to catch up with Twilight Princess. (I’d also really like to see some of Akira Himekawa’s original works licensed at some point.)

SEAN: And we get the last of Yen’s delays from June, as The Irregular at Magic High School 12 and Sword Art Online Progressive 6 are both out from Yen On.

Turns out relatively quiet still has an awful lot. What are you getting?